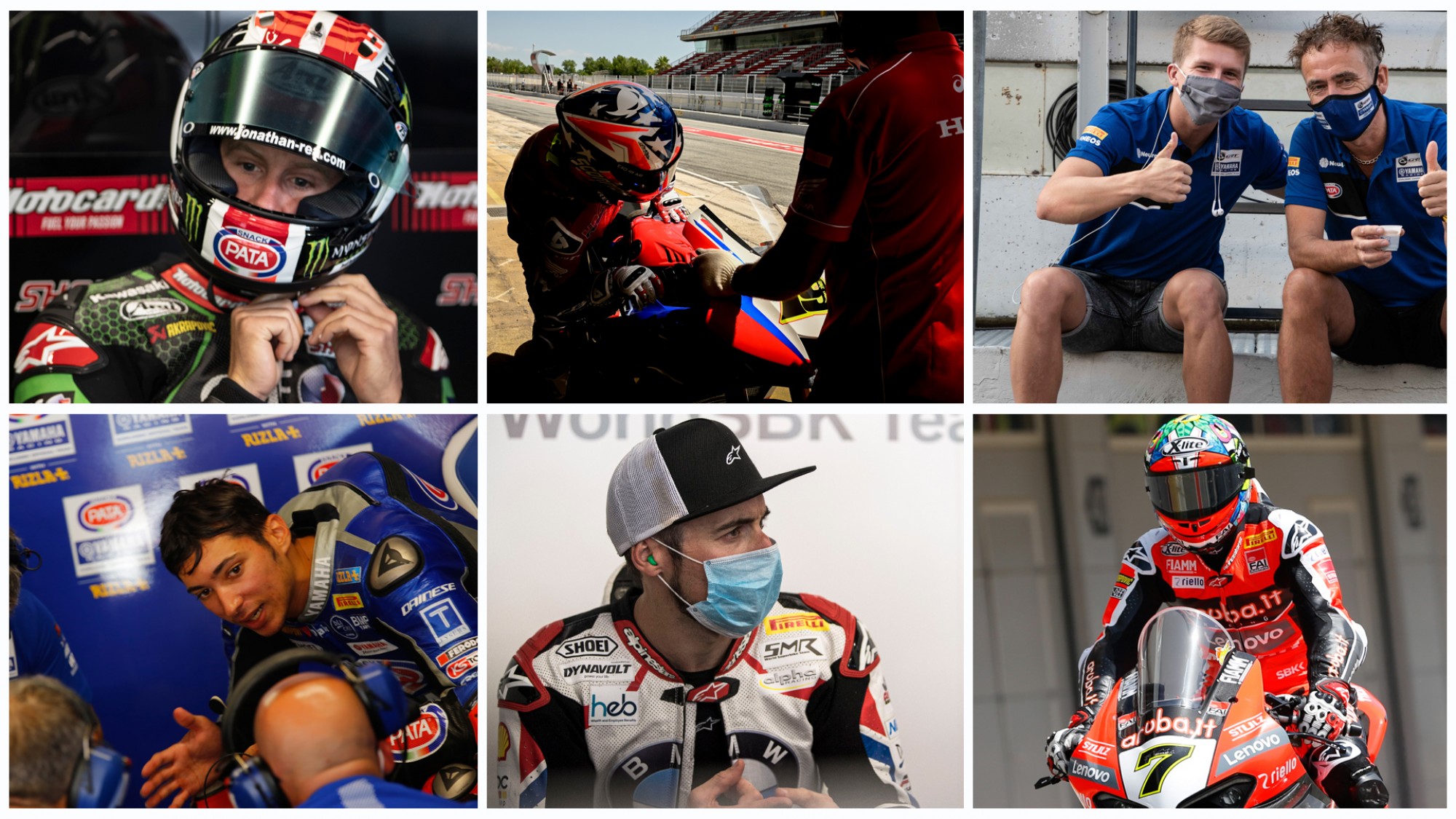 Hear from all five manufacturers as their riders comment on everything from renting homes to acclimatise to the heat, to coming back in a better mental state and everything in between

The 2020 MOTUL FIM Superbike World Championship is now just a few weeks away from bringing battles back to the circuit and after a positive two-day test at the Circuit de Barcelona-Catalunya, the teams and riders are eager to get back out on track. Speaking after the test, here are some of the headline quotes with everything from the 2021 rider line-up to big steps ahead of 2020’s recommencement.

Confidence was the word for Jonathan Rea (Kawasaki Racing Team WorldSBK) and the five-time Champion feels that he’s made big steps with his bike. Debriefing after the test, Rea said: “It’s been a really good test to get my confidence back where it should be, and I think we really improved the bike with turning and especially in the hot conditions.” Rea also revealed his plan to getting to grips with the Spanish heat: “I am renting a house just south of here actually, by the coast, with my family and my bicycle and my motocross bike, to enjoy the sunshine and acclimatise. Then I will fly back one week before Jerez to relax, so I hope to arrive there with no illness and fully charged.

Getting back to the pace on his Ducati was Chaz Davies (ARUBA.IT Racing – Ducati), although it wasn’t all easy, as he commented: “We got stuck in a bit of a rut in the late morning to afternoon, but we made a couple of small breakthroughs this afternoon and found me a little bit more traction and a little direction, so I was pleased about that.” Talking about his future, Davies said: “I can’t tell you anything yet. My focus is doing the best I can for the rest of this season but until then, I’m not sure. I’ve spoken to ARUBA and Ducati and there’s a common thought that we’d like to continue together. But until I sign, there’s a possibility it won’t be like that. We just have to keep chatting in the next few weeks and see where we end up.”

It was a hectic day for Turkey’s Toprak Razgatlioglu (PATA YAMAHA WorldSBK Official Team), who suffered a big crash. When asked how he was, Toprak responded with laughter: “I am feeling the pain! It isn’t bad and I am very lucky because nothing is broken; it was a very big crash. When I play the MotoGP™ games, this is always my favourite track. Now, I will go back to Turkey, but it is nonstop, as I will train and push very hard.”

Great progress was made by Eugene Laverty (BMW Motorrad WorldSBK Team) over the two days of testing. The Irishman was pleased, saying: “We had a fantastic two days here in Barcelona. The track was hot and slippery but that is how it is going to be in the first few races. I hope we can be in the mix at Jerez, I think we will be. Right now, all I can think about is 2020 as my performances are going to affect what happens next year. I have to do the best job possible; I hope the right door opens up, preferably a BMW door!”

After a long time off the bike, Alvaro Bautista (Team HRC) showed that his Honda CBR1000RR-R was capable of strong pace, although he did say it took some getting used to at first: “Every time you ride this bike is totally different, especially in the first laps; everything was coming very quickly and my mind was sleeping! We had nothing new to test here, just to ride the bike and make some kilometres. We focussed on the electronics side, especially engine braking and rear traction exiting the corner. We didn’t make any steps but at least we can get some setting and more data.”

Garrett Gerloff (GRT Yamaha WorldSBK Junior Team) was back in WorldSBK action for the first time since Australia and was more than happy with his progress, citing that the time away from the track had been beneficial, saying: “It was actually really nice to have those months off because I was able to really process things and organise different areas of my life and come with a clear head to Catalunya, with a new perspective. That really helped me in the test, and I feel like we made big progress with the Yamaha YZF R1.

One surprise in the top ten after the test was Leandro Mercado (Motocorsa Racing), who put in a sterling ride with his new team. Speaking after the test at a circuit completely new to him, he said: “It was quite a good test. It was a new track for us, and we didn’t have any data from before. From day one to day two, we improved a lot, especially with the feeling with the bike. We are working in the right direction. We feel ready, we are motivated so let’s start!”

Make sure to continue your build-up to seeing 2020 take back off with the WorldSBK VideoPass!