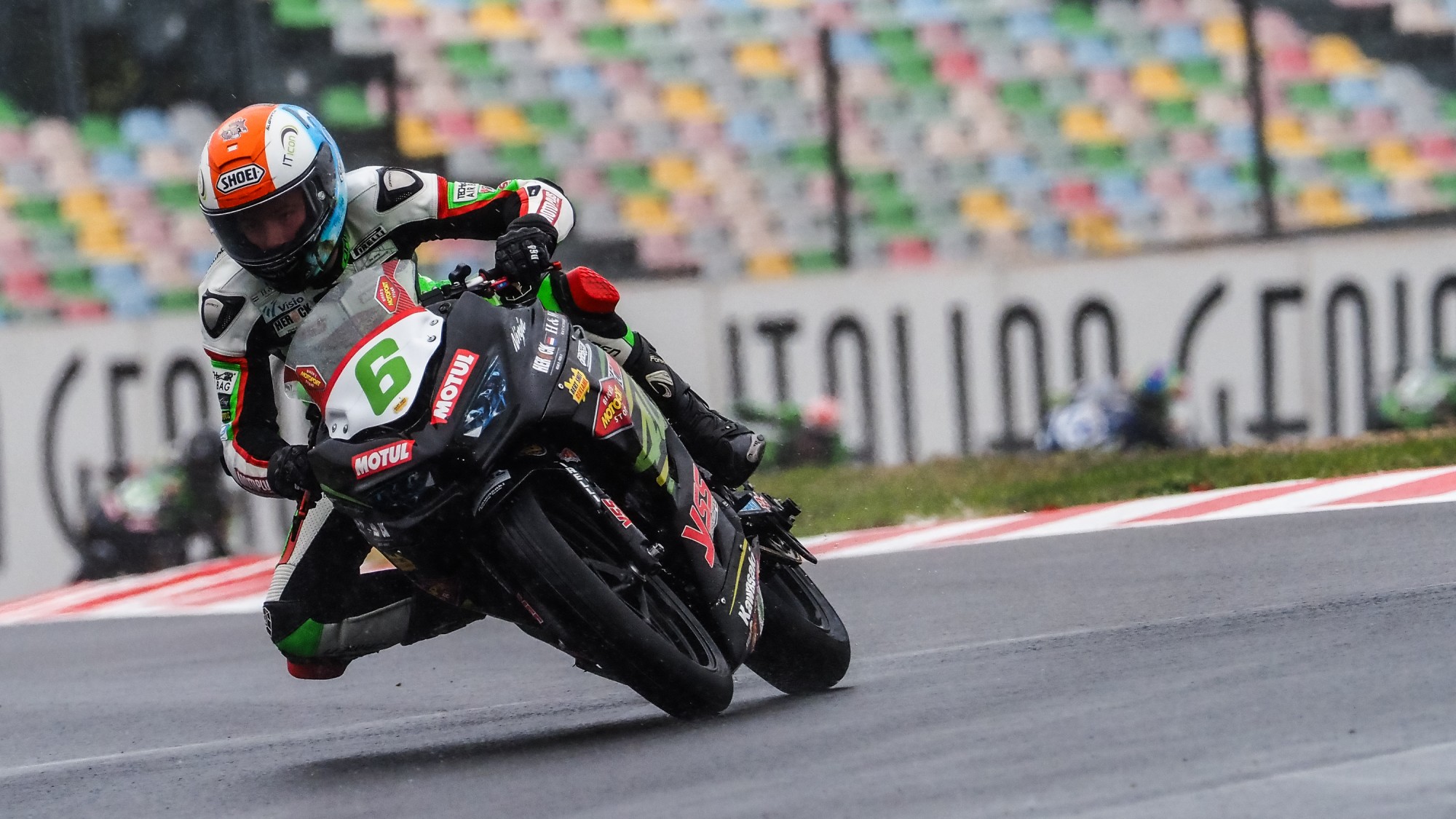 A shortened Race 1 for the FIM Supersport 300 World Championship did not reduce the drama at the Pirelli French Round as Jeffrey Buis (MTM Kawasaki MOTOPORT) extended his Championship lead to 21 points after a late-race overtake on his teammate Scott Deroue at the Circuit de Nevers Magny-Cours as MTM Kawasaki secured the Teams’ Championship and Kawasaki as Manufacturers’ Champions for 2020.

The race was restarted after a Turn 1 incident on the opening lap of the original race involving Victor Rodriguez Nuñez (EAB Ten Kate Racing) at Turn 1, with the race Red Flagged so he could receive medical help; the Spanish rider taken to the medical centre for a check-up following the incident. The restarted race was reduced to six laps and the rain began to fall during the race.

Buis got a superb start for the race from fourth place and swept into the lead before Tom Booth-Amos (RT Motorsports by SKM-Kawasaki) passed him on the opening lap, with Deroue quickly up to third place from eighth on the grid. Booth-Amos and Buis had pulled out a gap to Deroue but he was able to close it in just a couple of laps.

Buis inherited the lead of the race when Booth-Amos crashed coming out of the final corner with the British rider able to get off the track without assistance. Deroue took the lead from Buis shortly after but Buis stayed with his teammate before making a crucial overtake on Deroue into Turn 13. The duo finished almost nine seconds clear of third-placed Bahattin Sofuoglu (Biblion Motoxracing Yamaha WorldSSP300), with the Turkish rider claiming his fourth podium of the season. 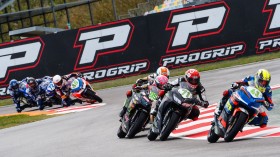 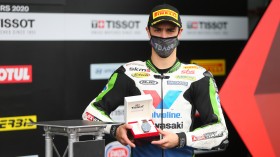 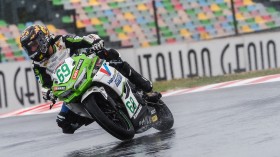