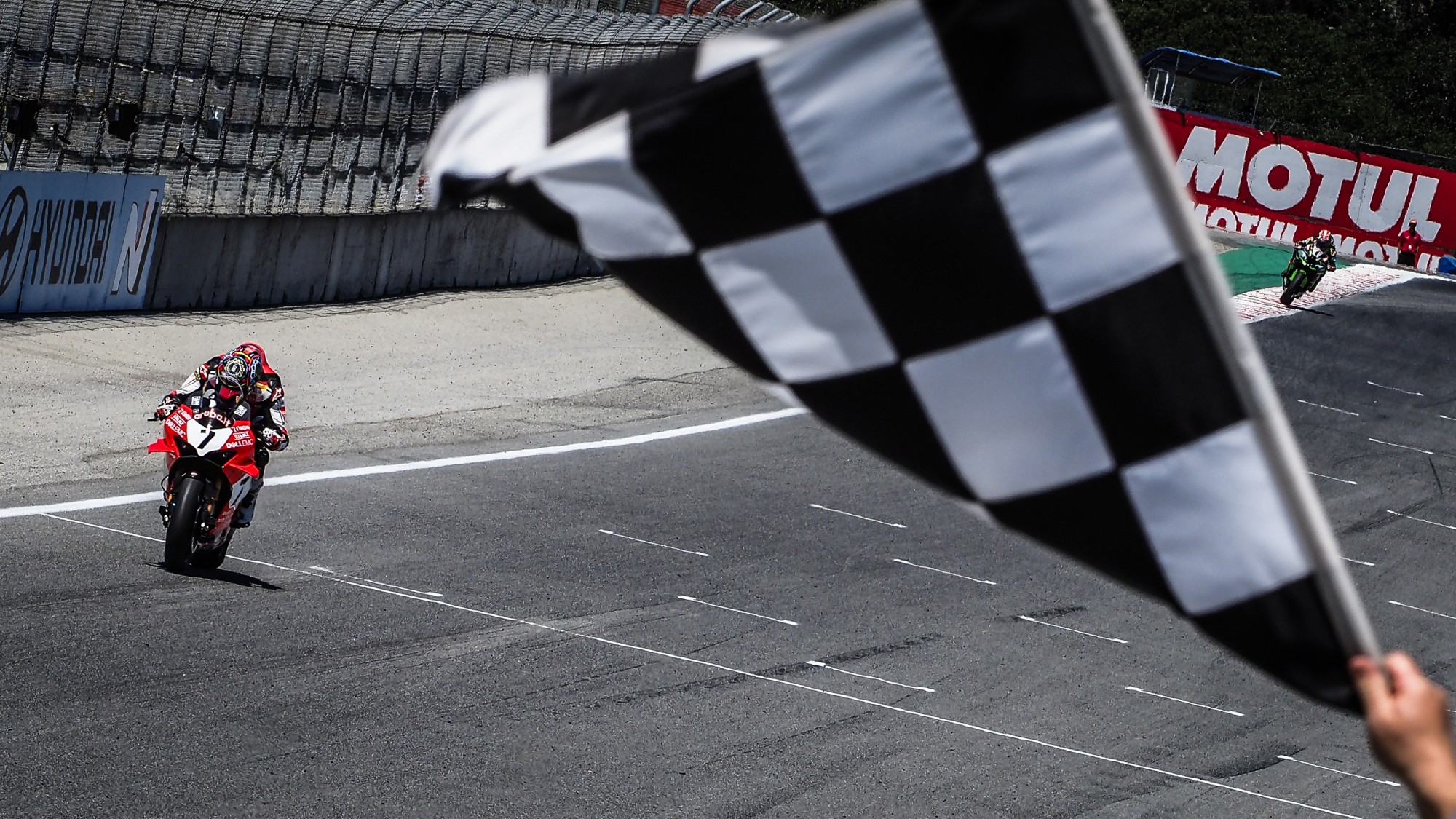 Iconic home wins, big numbers being racked up and classic duels; a taste of what is to come in this season’s return to the track?

Yet another week of memorable moments lies ahead for the MOTUL FIM Superbike World Championship, with it being time to enjoy a blast from the past over the course of the next seven days. From famous home-coming double victories to manufacturer milestones the beginning of unthinkable comebacks, there really aren’t many stones left unturned and you can enjoy it all across our Facebook, Twitter and Instagram channels.

Firing up on July 13th, it’s time to relive the home double of American John Kocinski at Laguna Seca in 1997 aboard his Castrol Honda. On that date are more Laguna Seca classics, with Pierfrancesco Chili taking his final win outside of Europe in Race 1 of 2003. It would be his penultimate victory and only one of 2003. July 14th sees us remain in the USA, with it being the start of Colin Edwards’ comeback to the title in 2002, taking victory in Race 2 at the Corkscrew course before last year’s achievement by Chaz Davies, who took his most recent victory in his 200th start.

Moving onwards to July 17th and there’s Brno heroics as Noriyuki Haga took his first win of 2005 in Race 2. In Race 2 from the Brno circuit in 1993 on the 18th July, Scott Russell took just his second ever win and the tenth for Kawasaki in the first ever WorldSBK round at the circuit; it was also the first international motorcycle racing event in the new Czech Republic, following the dissolution of Czechoslovakia at the start of the year. On July 19th, 1992, it’s Mugello’s Race 2, and Ducati’s 50th win courtesy of Raymond Roche, who took his 50th podium. On the same date in 2015, it was the first double in more than two years for Chaz Davies and the first for the Ducati Panigale V-Twin.

Don’t forget to continue your build up and get ready for the return to battle with the WorldSBK VideoPass!