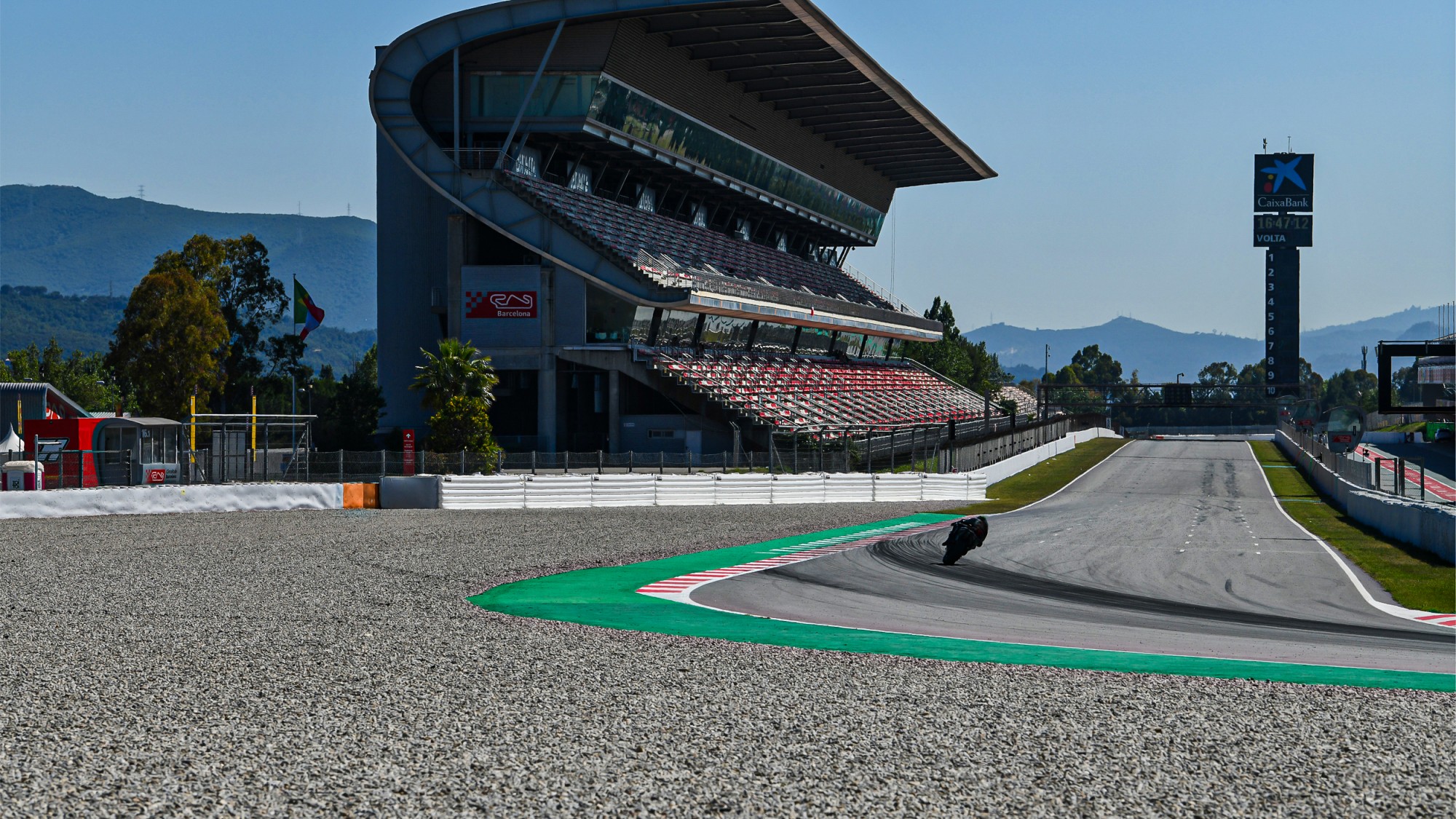 With the tension rising, the battle gets another step closer with testing in Barcelona this week

After a successful two-day test at the Misano World Circuit “Marco Simoncelli” in Italy, the 2020 MOTUL FIM Superbike World Championship takes one more step closer to resumption. A test at the Circuit de Barcelona-Catalunya across the next two days will bring even more riders back to track action in a collective manner, as the field prepares not only for the first round back at Jerez but a first taste of the new-for-WorldSBK Circuit de Barcelona-Catalunya in Granollers, Spain.

Leading the timesheets into the test is Scott Redding (ARUBA.IT Racing – Ducati), having obliterated the circuit record at Misano nearly two weeks ago. 5kg lighter and fighting even fitter for the recommencement of battle, rookie Redding will again aim to develop the Ducati Panigale V4 R to his liking, whilst also utilising his existing track knowledge of the Catalan circuit. Teammate Chaz Davies made steady improvements through the Misano test and aims to build on that again, now he’s up to speed and in better shape than before the last test.

Contrasting Misano experiences left the Kawasaki Racing Team WorldSBK with a mixture of feelings. Now heading to the team’s home circuit, five-time Champion Jonathan Rea aims to put his Misano test crash behind him and build on the early miles he was able to achieve at Catalunya in January. Championship-leading teammate Alex Lowes was also looking good throughout the Misano outing and again, like Rea, will seek to work on bike feeling at the new circuit – one he’s only ridden on once back in January. With the KRT HQ just a stone’s throw away, the test really is at home.

All three other factory manufacturers are in attendance. The Pata Yamaha WorldSBK Official Team aims to return to the leading positions with Toprak Razgatlioglu and Michael van der Mark, the latter of whom has been on track at Assen and who has also confirmed his future with BMW in 2021. Tom Sykes (BMW Motorrad WorldSBK Team) and teammate Eugene Laverty enjoyed a successful test at the Eurospeedway Lausitz two weeks ago and are eager to pick up their pace again. For Team HRC, Alvaro Bautista’s Circuit de Barcelona-Catalunya experience will help him develop his feeling with the new CBR1000RR-R further, whilst teammate Leon Haslam also looks to shine in testing again.

The Independent teams will also be in full flow, with Misano test revelation Michael Ruben Rinaldi (Team GOELEVEN) keen to continue his great form at a new track. Motocorsa Racing will be in action once again with Argentina’s Leandro Mercado, with crucial testing needed for the new team. It’s the same for Brixx Performance and Sylvain Barrier, as they set their sights on more improvements.

The GRT Yamaha WorldSBK Junior Team of Garrett Gerloff and Federico Caricasulo will also return to the circuit, as will Loris Baz (Ten Kate Racing Yamaha), who knows the Catalan venue well from his MotoGP™ days. Chilean sensation Max Scheib (ORELAC Racing VerdNatura) will be present and keen to get back to action, whilst the OUTDO Kawasaki – TPR squad are also returning with Sandro Cortese. In addition to WorldSBK teams, the GMT94 Yamaha team will be the sole representatives in World Supersport, as they continue their extensive testing schedule ahead of the resumption.

Whilst each team and rider will have their own individual testing procedures, the test also proves critical as the Circuit de Barcelona-Catalunya is a new venue for 2020. The track, which many riders have some experience of, will be all-new for many in the paddock. With its long straight, fast and flowing nature and hard braking areas, the test is critical for bike set-up.

Live timing will be available throughout the day, whilst you can continue your own preparation for 2020’s return with the WorldSBK VideoPass!