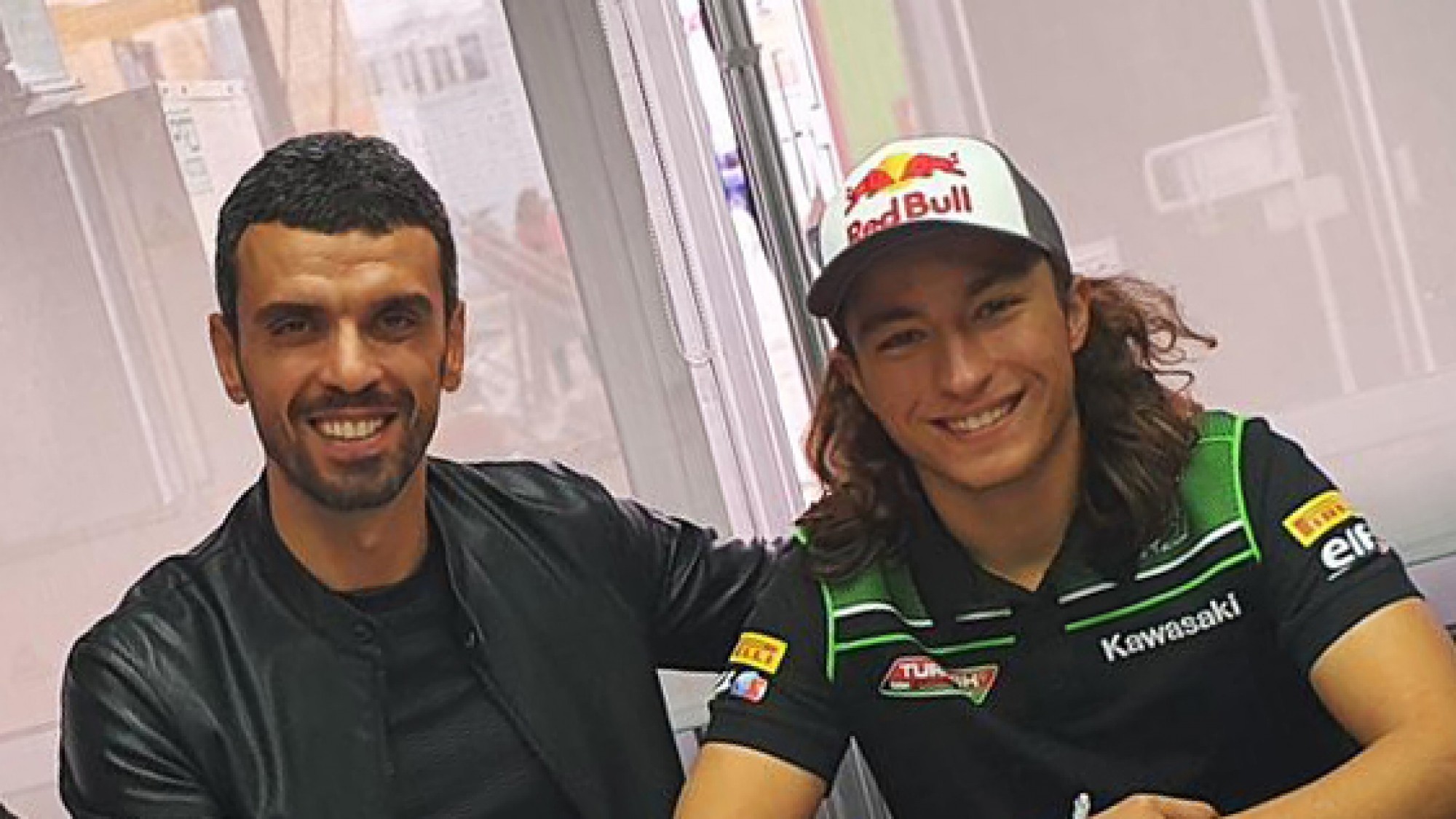 At just 16 years old, Can Öncü will move across to the WorldSBK paddock and look to fly the Turkish flag high in World Supersport once again

Turkish Moto3™ star Can Öncü will switch from the MotoGP™ paddock to join the Turkish Racing Team squad in the 2020 World Supersport Championship. The youngest ever Grand Prix race winner from the Valencian Grand Prix in 2018 (15 years and 115 days) will join the Italian team and aim to return Turkey to the front of the World Supersport Grid. The new team comes as a collaboration between Puccetti Racing and Orelac Racing, whilst Kenan Sofuoglu and the Turkish Motorcycle Federation have also supported the move.

Only 16, Öncü has had a glistening career in a very short space of time, with him starting off in the Idemitsu Asia Talent Cup™ in 2016. Finishing ninth in his first year before achieving third a year later, Öncü also competed in the Red Bull Rookies Cup in 2017, also finishing third and taking four race wins in each Championship.

However, in treacherous conditions at a rain-hit Valencian Grand Prix, Can mastered the weather and took victory, taking over the honour of being the youngest GP winner from Scott Redding, in-turn in his last MotoGP™ race whilst Can was in his first. The then-15-year-old became the first rider since Noboru Ueda in 1991 at Suzuka to win their first ever GP.

Speaking of the deal, the 16-year-old said: “I’m really pleased to have this great opportunity to race with the Turkish Racing Team in the Supersport world championship. My thanks go to Kenan Sofuoglu, Manuel Puccetti, the Turkish Motorcycle Federation and sponsor Red Bull, who have all contributed to this project. I cannot wait to get to know my team, and particularly the bike, as I’ve never ridden a 600. It will be a totally new experience for me, but I’m very confident because I know I can count on the help and experience of Sofuoglu, Puccetti and my team. My aim is to become the youngest rider to ever win the Supersport title. I’ll use this first season to learn, before setting out to fight for the title the following season.”

Turkey has a star-studded history in World Supersport, with Kenan Sofuoglu giving the country five titles and 43 wins, as well as 42 other podium positions. With Toprak Razgatlioglu flying high with two wins in WorldSBK in 2019 and moving to the Pata Yamaha WorldSBK Official Team for 2020, Turkey looks set to have plenty to cheer on next season.

Follow Öncü’s progress throughout 2020 along with all of the Championships with the WorldSBK VideoPass!