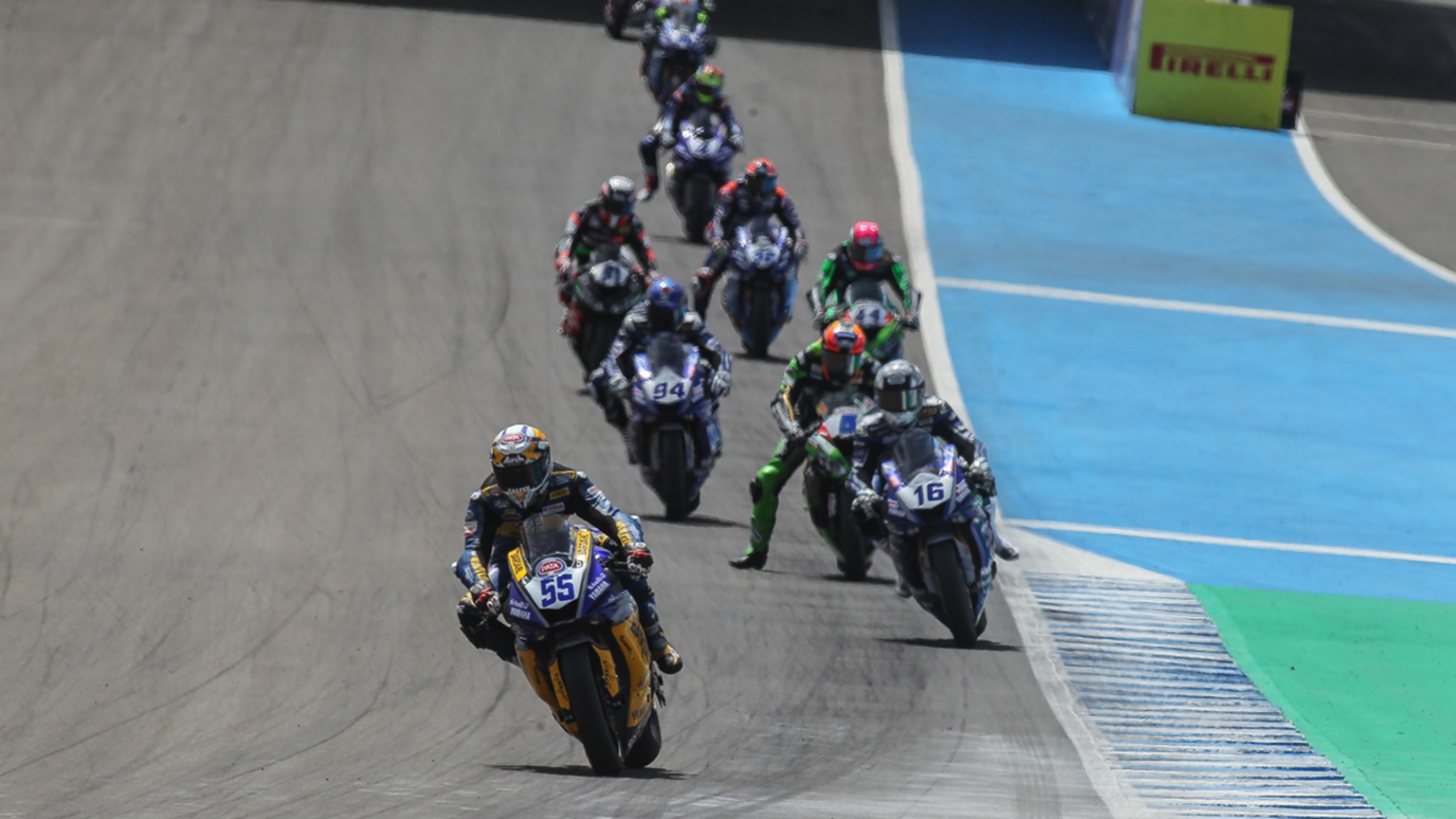 The rookie Italian is blitzing everything that stands in his way; will he continue his dominance, or can the others reassert themselves as contenders?

The 2020 FIM Supersport World Championship has made an emphatic return to action, with more rookie success coming at the last round at the Circuito de Jerez – Angel Nieto. Andrea Locatelli (BARDAHL Evan Bros. WorldSSP Team) made it three consecutive wins, the first Italian rider in World Supersport history to do that and now, he heads to the Autodromo Internacional do Algarve searching to become the first rider since Kenan Sofuoflu in 2017 to win four on the bounce.

He’s taken the World Supersport Championship by storm, but this is Andrea Locatelli’s first real test. Portimao is a track he has only tested at and has comparatively less experience at than his rivals. That said, he is the only winner so far this year and the BARDAHL Yamaha squad dominated proceedings last year, with Federico Caricasulo taking head a 1-2. He’s undoubtedly fast but this could be on the biggest opportunities for his rivals.

Jules Cluzel (GMT94 Yamaha) leads the chase to Locatelli in second, having been second in the opening three races. 15 points behind the Italian rookie, Cluzel’s playing the long game of always scoring points and should Locatelli make a mistake, then the veteran Frenchman is in a position to seriously capitalise. Twice a winner at Portimao, Cluzel knows what it takes to be win again and with his most successful start to a season, would you bet against him?

2017 WorldSSP Champion Lucas Mahias (Kawasaki Puccetti Racing) made a podium return at Jerez in Race 2 with third, just missing out on pinching second from fellow countryman Cluzel. Last year in Portimao, he was in contention for victory until a Red Flag halted his charge, whilst he took an incredible victory in 2018 after another Red Flag debacle. On his day, the 31-year-old is unbeatable and Portimao could be the place for that to happen.

Fourth overall and seven points behind Mahias, Corentin Perolari (GMT94 Yamaha) strengthens France’s attack on the title race. The Frenchman, still without a podium, aims to hit the top three this weekend having been sixth at the track last year. Should he manage it, you get the feeling that the floodgates would open and that Perolari could regularly challenge his teammate. He’s fast and exuberant, can he convert that into rostrums?

A first career podium last time out at Jerez, Philipp Oettl (Kawasaki Puccetti Racing) makes it two Kawasakis within the top five. The German rider took a hearty third in Race 1 but now, like Locatelli, heads to unknown territory where he will need to hit the ground running pretty swiftly. He’s a consistent threat and with patience, he could make bigger steps forward. However, he’s in at the deep end and will have to adapt quickly to Portimao’s undulations to make the most of the ZX-6R.

Another former Moto2™ World Championship rider who is making his Portimao racing debut is Steven Odendaal (EAB Ten Kate Racing). The South African has been quietly impressing on his first appearances, taking two sixth places and an eighth. However, this is a track he doesn’t know so well and that means he’ll be bedding in and needing as much track time as possible. Just a point behind Oettl and 14 points behind the top three, Odendaal’s consistency could see him ghost up the order.

Catch all of the dramatic WorldSSP action at the rollercoaster of Portimao with the WorldSBK VideoPass!