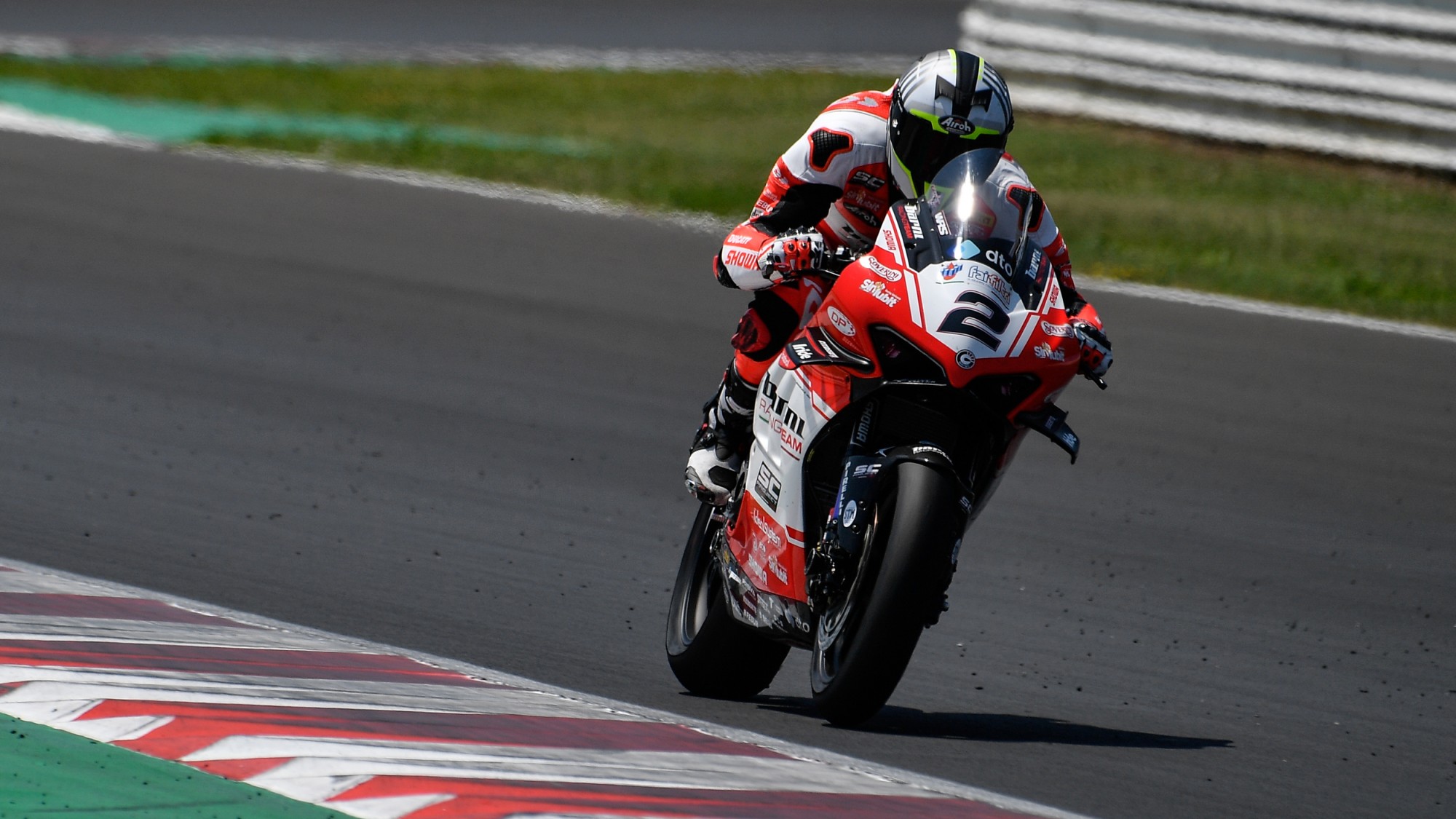 With just over a week to go before the resumption of the 2020 MOTUL FIM Superbike World Championship season, Leon Camier has parted ways with Barni Racing Team by mutual consent. Camier had taken part in the season-opening Yamaha Finance Australian Round although did not compete in any of the three races over the weekend.

Camier sustained a shoulder injury during winter testing at MotorLand Aragon after fracturing his shoulder and wrist, with the shoulder taking the longest to heal. The 33-year-old took part in second practice for the Round, after sitting out a wet FP1, and completed 13 laps. However, he was subsequently declared unfit and missed the remainder of the round.

The extended break has given Camier a chance to recover but following on from the Misano test, both rider and team felt he needed more time to get back to 100% fully fit. With a condescended calendar of six races in just over two months, both Camier and Barni Racing decided to part ways given the lack of recovery time between rounds.

Camier said: “It’s a very unfortunate situation for both the team and me. I want to be fair to Barni, he’s a great guy with lots of passion and he believed in me end of last year despite me coming back from injury. Like a bad twist of fate, I again picked up a shoulder injury – not the same as last year but a different issue – crashing on the Ducati last year during testing in Aragon.

“Barni stuck with me 100% and in Phillip Island he never put pressure on me to ride and put my health as a first priority when it was too early to come back. During the off-time due to the Covid-19 situation, I gave the shoulder the rest it needed and as always in close consultation with my doctors, I re-started training and got my body fitness at the highest level again. I didn’t really feel the shoulder anymore, also rode supermotard without any problem. But at the Misano test end of June again I started to feel the shoulder.

“According to the medical experts, the situation now is different than before, there seems to be no structural problem like last year. I am continuing doing tests and it seems just a nerve or muscle is trapped, and it is expected it can be solved by dedicated physiotherapy. My doctor is confident that all can be fine for Jerez, but I can understand it’s difficult for the team and their sponsors to again have trust in a medical opinion while in the last seventh months the prediction wasn’t accurate.

“We have found a mutual agreement for a settlement that gives the team the opportunity to enter a replacement rider and me the opportunity to focus on a full recovery without the time pressure of a next upcoming test or race. How unfortunate it may be, injuries are part of our sport, I wish Barni and the guys all the best. For me, it’s time to get fully fit again.”

Marco Barnabo (Barni Racing Team – Team Principal) said: “For the good of the team, but also to protect the health of the rider, we decided to part ways. As Barni Racing Team we have always believed that Leon was competitive, and we think he will be again. We waited for him, and we did everything we could to put him in a condition to show the real potential of both the bike and the rider, but with such a tight race schedule we couldn't take more risks. This choice protects the interests of the team and all the people who work on it and gives also the rider plenty of time to get 100% fit. I am convinced that Leon can get through this period and come back soon to show his talent.”

You can follow the World Superbike season as racing resumes with the WorldSBK VideoPass!