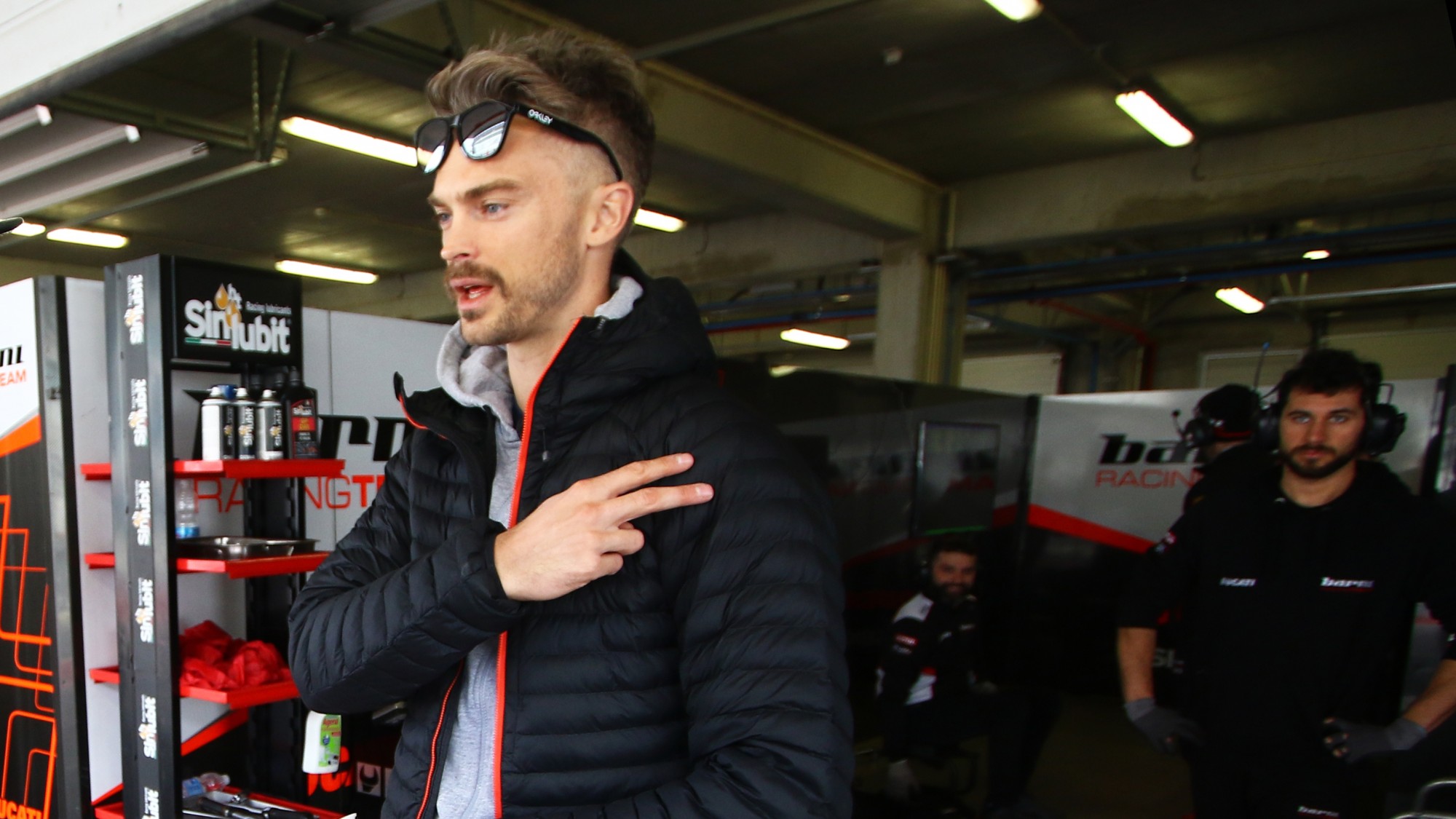 The injured British rider gives an update to the shoulder he injured back in November, with a full recovery expected for when racing resumes.

After attempting to ride in Australia at Phillip Island, Leon Camier (Barni Racing Team) was forced to withdraw through injury, having sustained shoulder damage in a testing crash at MotorLand Aragon. Now, the British rider provides an update on his condition, with doctors expecting him to make a “full recovery”, although time will prove to be the biggest healer for this latest shoulder injury.

Camier crashed in mixed conditions at MotorLand Aragon in November, in the first of a handful of pre-season tests. He completed the fewest number of laps on the opening day of the WorldSBK season in Australia but would later be declared unfit. However, with the extended spring break coming into play, Camier is allowing time to take its course at home in Andorra, working on his physical condition and keeping positive about his return to action.

Speak about his injury, Camier said: “It’s improving all the time but it’s a completely different situation to any other injury I’ve had before. Only the previous shoulder injury I had before dragged on a bit. That was quite a complicated situation with different doctors and different opinions, similar to what I have now. I decided to have the operation for this injury on Christmas Day and it is improving all the time. I was expecting to come back pretty quick, like I have done with other injuries, but this is dragging on; it is not just a simple broken bone, as there’s a lot going on in the shoulder.

Camier has been in WorldSBK since 2010, achieving nine podiums throughout his career in the Championship. This season, the British rider undertakes a new challenge aboard the Ducati Panigale V4 R with the Barni Racing Team, making it the seventh manufacturer he has rode for in WorldSBK (after Yamaha, Aprilia, Suzuki, BMW, MV Agusta and Honda).

Continuing to talk about what he can do to speed up the process, Camier stated: “I am doing all I can with bands and small weights and stuff at the minute to try and balance the shoulder out again. It is improving all the time and it does just need time, but with the shoulder, there is no fixed time; it is always quite an awkward injury.

“The shoulder itself is structurally sound now and the doctors are anticipating a full recovery. They’ve told me it needs time, to keep trying to build strength up in it slowly and that seems to be the only way to do it. When I do return, I expect to be fighting some battles with it, but I expect to be better. With the extra time off that we have now, I hope to be as ready to go as possible.”