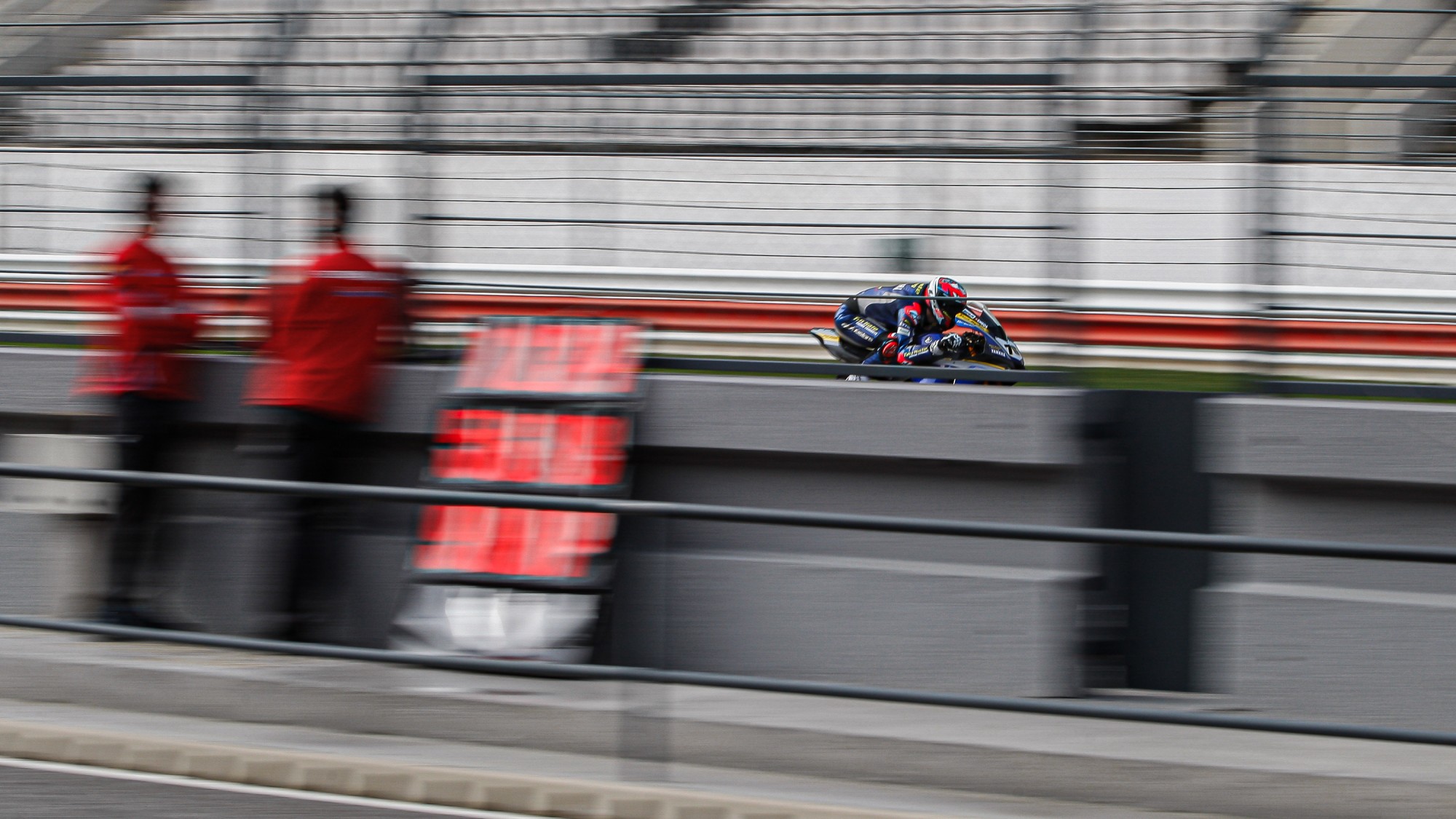 The Frenchman hit the top of the timesheets for Ten Kate Racing, whilst BMW and Honda also shone in dry conditions at Portimao…

The opening day of Portuguese testing had sunshine in abundance as riders and teams took to the Portimao circuit. The 2020 MOTUL FIM Superbike World Championship is edging ever closer but many teams and riders are still seeking that perfect set-up. With riders’ and teams’ Champions Kawasaki Racing Team WorldSBK not present, the opposition was out to capitalise on crucial dry testing. Leading the way at lunch time was Loris Baz (Ten Kate Racing Yamaha), with three Yamahas locking out the top three places.

Back in action with BMW and eager for dry testing to improve electronics, Tom Sykes (BMW Motorrad WorldSBK Team) also had a clear focus on improving race set-up by trying different chassis configurations. There’s also some suspension settings to experiment with, meaning that both Sykes and Laverty have plenty to be getting on with, although two days is unlikely to be enough.

IN OUT shake it all about! @19Bautista #WorldSBK pic.twitter.com/QhGjM47yoi

After a successful first public test, the HRC Team returned to Portimao, where they’d tested privately previously. Leon Haslam (HRC Team) was right up at the sharp end for the majority of the morning, whilst Alvaro Bautista was also going strong, with both looking to find a good base set-up and put all of the things in the right order, giving the bike the potential to be a contender.

After plenty of successful running at Jerez, the PATA YAMAHA WORLDSBK OFFICIAL TEAM were back grinding away at Portimao, with both Michael van der Mark and Toprak Razgatlioglu showing positive signs. Razgatlioglu was right in the thick of the action, hitting top spot as his adaptation to Yamaha machinery gave him plenty to try, with chassis balance, electronics and rear suspension all on the Turk’s agenda. For van der Mark, the aim is to get the bike more stable and to work with the electronics, whilst also looking at tyre conservation.

Scott Redding (ARUBA.IT Racing – Ducati) was continuing to acclimatise to the Ducati Panigale V4 R in WorldSBK trim and set about getting more laps under his belt, focussing on rear grip. Continuing working in the same format as Jerez, it was back to square one for Chaz Davies (ARUBA.IT Racing – Ducati), as he is “none the wiser” after trying too much in tricky conditions. With the sole goal of gaining confidence and not taking too much notice of lap times.

Frenchman Loris Baz (Ten Kate Racing Yamaha) was also a prominent feature to look out for, as he led the Independent battle again. He will be back-to-back testing the 2019 and 2020 Yamaha, finding what suits him best. The next best Independent rider was Garrett Gerloff (GRT Yamaha WorldSBK Junior Team), whilst the returning Xavi Fores (Kawasaki Puccetti Racing) was just outside the top ten. Getting comfortable and gaining consistency, Fores set about working on electronics, whilst experimenting with a new chassis and swingarm.

In World Supersport, it was Corentin Perolari (GMT94 Yamaha) who was at the top of the timesheets, whilst Steven Odendaal (EAB Ten Kate Racing) will be looking to get comfortable on his Yamaha in second. Lucas Mahias (Kawasaki Puccetti Racing) was in third on his return to action, the first time he has been testing since 2019.

Watch more WorldSBK action in the build-up to the launch of the 2020 WorldSBK season with the WorldSBK VideoPass!