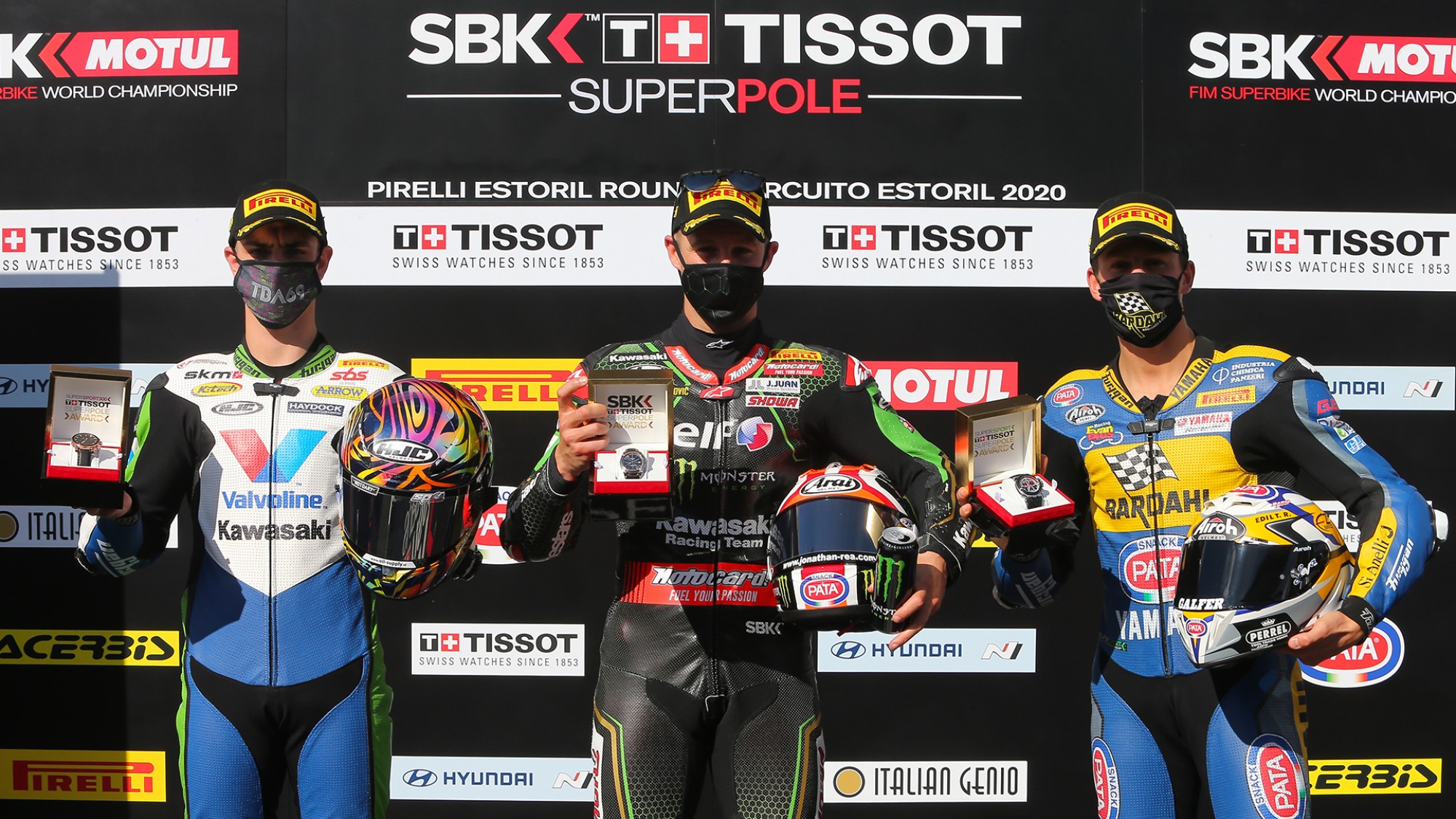 With six consecutive titles to his name, Jonathan Rea (Kawasaki Racing Team WorldSBK) can claim yet another back-to-back success in the MOTUL FIM Superbike World Championship as he claimed the Tissot Superpole Award for the second year in a row as he finished 60 points clear of nearest challenger Scott Redding (ARUBA.IT Racing – Ducati).

Rookie Andrea Locatelli (BARDAHL Evan Bros. WorldSSP Team) claimed the award in WorldSSP after a superb debut campaign where he clinched the World Championship. Locatelli took seven out of the eight pole positions on offer throughout the season, only missing out at the Circuit de Nevers Magny-Cours, as he took the award home. Frenchman Lucas Mahias (Kawasaki Puccetti Racing) was second on 57 points, 33 behind Locatelli, but 18 clear of teammate Phillip Oettl, Jules Cluzel (GMT94 Yamaha) and Raffaele de Rosa (MV Agusta Reparto Corse).

It was a much closer affair in the WorldSSP300 class as Tom Booth-Amos (RT Motorsports by SKM-Kawasaki) and 2020 World Champion Jeffrey Buis (MTM Kawasaki MOTOPORT) tied at the top on 29 points; British rider Booth-Amos taking the award by virtue of more pole positions than Buis. There was also a points tie for third place as Mika Perez (Prodina Ircos Team WorldSSP300) and Bruno Ieraci (Kawasaki GP Project) finished on 28 points each; Perez claiming third place as he had the best starting position between the duo. In fifth was Meikon Kawakami (Team Brasil AD 78), just two points away from Booth-Amos and Buis.

You can relive the dramatic 2020 WorldSBK season and look forward to 2021 with the WorldSBK VideoPass!