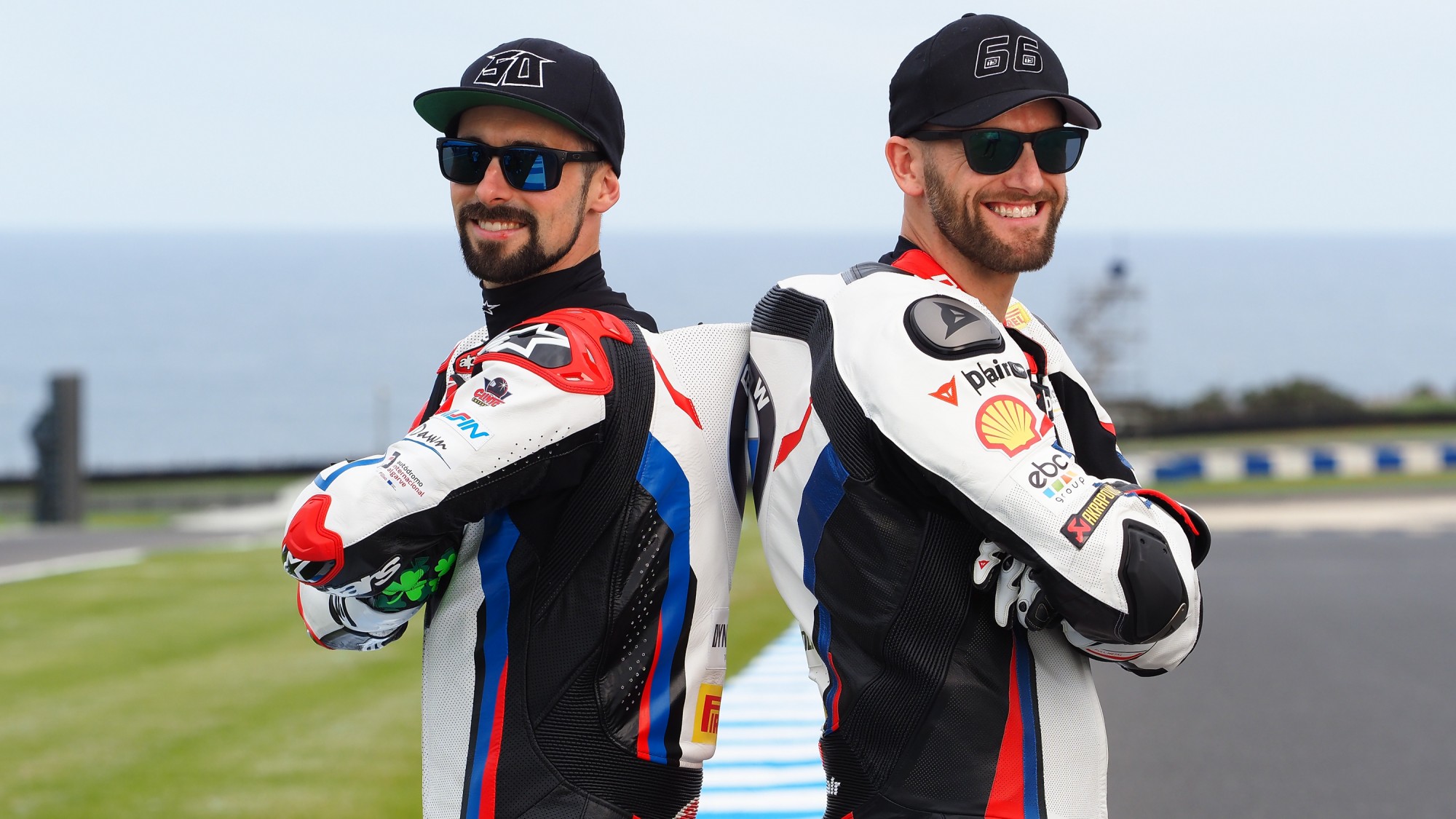 With the unscheduled pause of action, BMW duo Tom Sykes and Eugene Laverty provide an update on what they’re up to!

With an enforced break continuing to affect the 2020 MOTUL FIM Superbike World Championship, Tom Sykes (BMW Motorrad WorldSBK Team) and teammate Eugene Laverty have given an update to how they are spending the unexpected downtime while following Stay At Home guidance. Both Sykes and Laverty have been using the break to spend time with their families amongst other activities.

Laverty is spending time with his wife in Portugal, near Portimao, and using this time to take up long-held interests including learning the guitar and increasing the amount of Portuguese lessons he is doing. Laverty joked about his guitar lessons, saying: “Come the summer we may have to schedule some gigs around World Superbike race weekends. Entry will be free and complimentary ear plugs provided!”

“Music and language are two things that I wish I’d done more of as a kid, and now I’m making up for it. They’re great for the mind, too. It’s a strange time and while the situation is relatively under control in my estimate here in Portugal, my wife Pippa and I have opted to keep ourselves in lockdown out of the principle ‘Stay at Home’.”

Teammate Sykes has been using the extended gap between races to spend a longer time with his family. As well as family time, Sykes has had to get involved with teaching with schools in the UK currently closed until further notice.

Getting your exercise is vital during this #stayathome period! Join the @bmwmotorradworldsbk team in the #pressupchallenge #staysafe

Stating his current situation, Sykes said: “I’m very fortunate, as since I was young one of my goals was working towards getting myself set up in a nice home. I certainly thank my lucky stars at this time more than ever. We’ve got a few things set up outside along with a very large trampoline in the garden, which we are using a lot.”

“We have been lucky to have great weather here. It has almost been like early summer, so we have been playing a lot outside. My two girls love to dance, so I turned on the outside music and set up a little wooden stage for the girls to dance on. It was great value entertainment for me too. We paint, do crafts, watch movies and indulge in a number of treats. We are able to still be quite normal, except for not going to school at present.”

Training for both riders has been impacted by the current situation. Laverty would usually be outdoors on his bike as a hobby, but is choosing not to as he explained: “We are still permitted to, but the reality is that there are 100,000s of cycling accidents per year and now is not the time to add stress to our healthcare workers.” Sykes has set up a bike indoors to continue being able to ride his bike.

Sykes has been able to continue his training mostly as normal as he explains: “I’ve been training from home since 2011. I always planned to be based at home for a number of reasons but mainly to be more productive with my time so I am lucky to have a fully-functioning gym at home. That means I am very well set-up and don’t have to worry about the training aspect. The only thing I am not doing at this moment is to go cycling outside.”