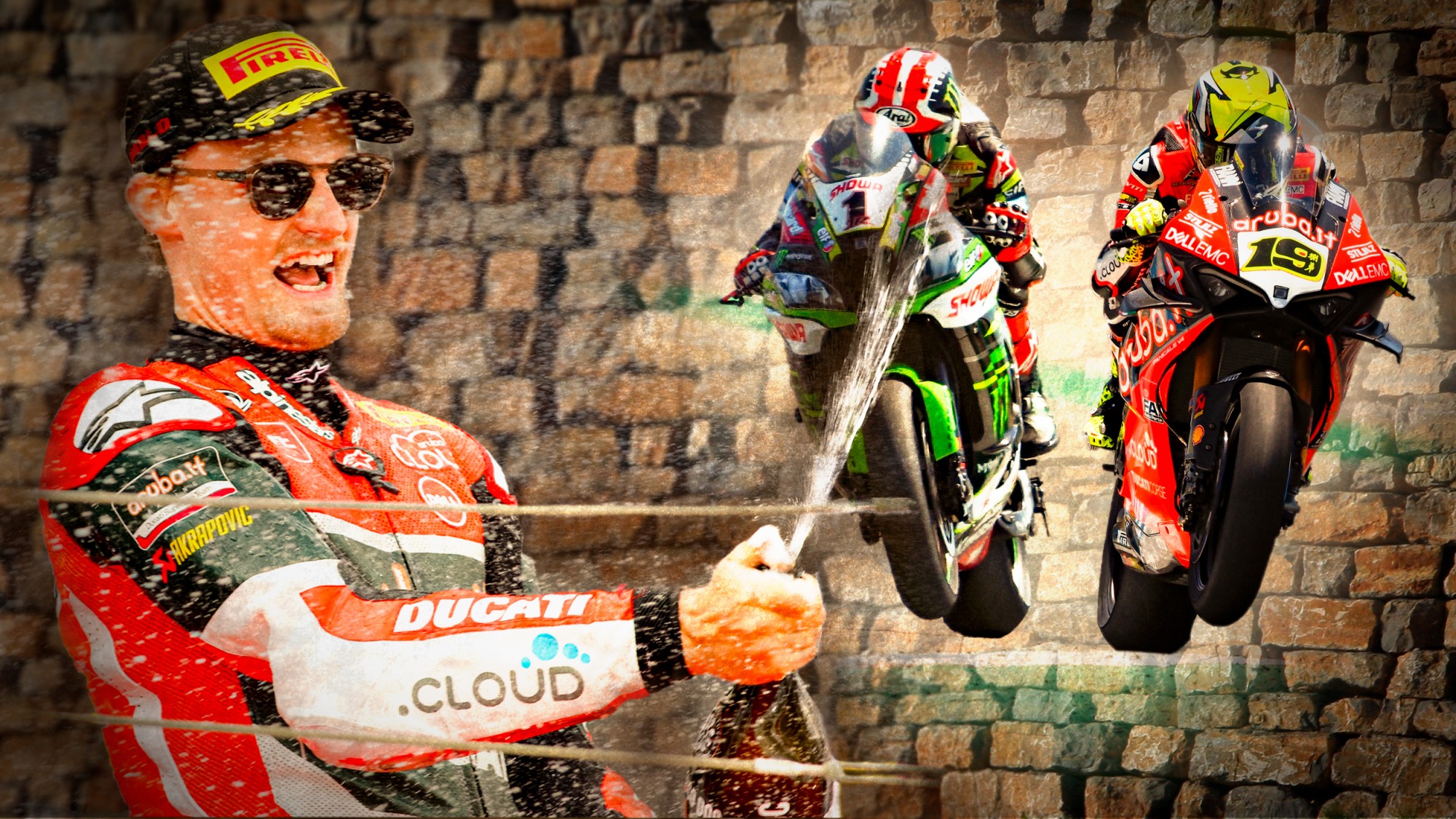 Present on the WorldSBK calendar since 2011, the modern Spanish track accumulates unforgettable moments in the Championship’s history

Unlike other tracks on the MOTUL FIM Superbike World Championship, rooted in a historical past, the MotorLand Aragon circuit is a unique, state-of-the-art facility in the central Spanish desert. Its one-of-a-king setting makes it a circuit with much anticipation in WorldSBK and since 2011, many great duels have occurred. Rich in a modern history but peppered with an essence of old, MotorLand’s memories are to be relived in abundance. After dedicating the preceding weekends to Honda, Imola and Japan respectively, it’s time for Aragon.

The story of the battleground is illustrated finely by rivals Marco Melandri and Max Biaggi, the dominant forces in the first two years. The Italians shared the triumphs in 2011 and 2012, with Melandri taking the first ever WorldSBK win there after overcoming his compatriot in Race 1. Aprilia-mounted Biaggi won Race 2 ahead of Melandri, with Carlos Checa finishing third. The Roman Emperor completed the retaliation the following year with a stunning Race 1 win ahead of Melandri in a last lap duel. Melandri and BMW equalled Biaggi in a thrilling Race 2, his last win on Spanish soil.

From the evocative Italian drama to the British bull-dog spirit, the UK conquered Aragon territory from 2013 onwards. Chaz Davies took a career-first double in 2013 for BMW whilst 2014’s weekend was dominated for defending Champion Tom Sykes, unstoppable in both races with Kawasaki. Jonathan Rea took over in 2015 in his first year with KRT, beating Davies in an incredible Race 1 showdown by 0.051. The Welshman, now on a factory Ducati, shone in Race 2 and comfortably beat Rea, whilst Leon Haslam’s Aprilia completed the sixth consecutive all-British podium of the year.

Rea and Davies barely gave quarter between 2015 and 2018, as the Welshman added five victories in that period, including another fantastic double in 2016, in a weekend that he dominated throughout, whilst also entering the title race. Race 2 was the 700th WorldSBK race and Davies celebrated with a sensational vanishing act as he chased the Championship lead. Rea added three wins in the same period, and has been on the podium in all races since joining Kawasaki in 2015.

One of the most remembered races of that stage was the first of 2017, for its special spectacle and drama. Another tussle between Rea and Davies lasted until the penultimate lap, when Davies crashed from the race lead, leaving Jonathan Rea clear to take Race 1. Elsewhere, Barni Ducati’s Xavi Fores suffered a heated moment, as his Ducati burst into flames. Race 2 was another thriller, as Davies and Rea battled hard on the final lap with Davies resisting Jonathan Rea’s heavy onslaught.

Last year's event marked the end of Britain's reign at MotorLand, but not Ducati’s. With the new Panigale V4 R, Alvaro Bautista achieved a phenomenal treble, broke pole records and set fastest laps to become the first Spaniard in 12 years to win at home in WorldSBK. His victory in Race 2 gave Ducati a 350th victory, a memorable way to end the first European round of the season. From former World Champions to WorldSBK rookies, MotorLand Aragon often makes for some of the most unpredictable racing all season.

Enjoy more exciting World Superbike in 2020 when racing resumes with the WorldSBK VideoPass!