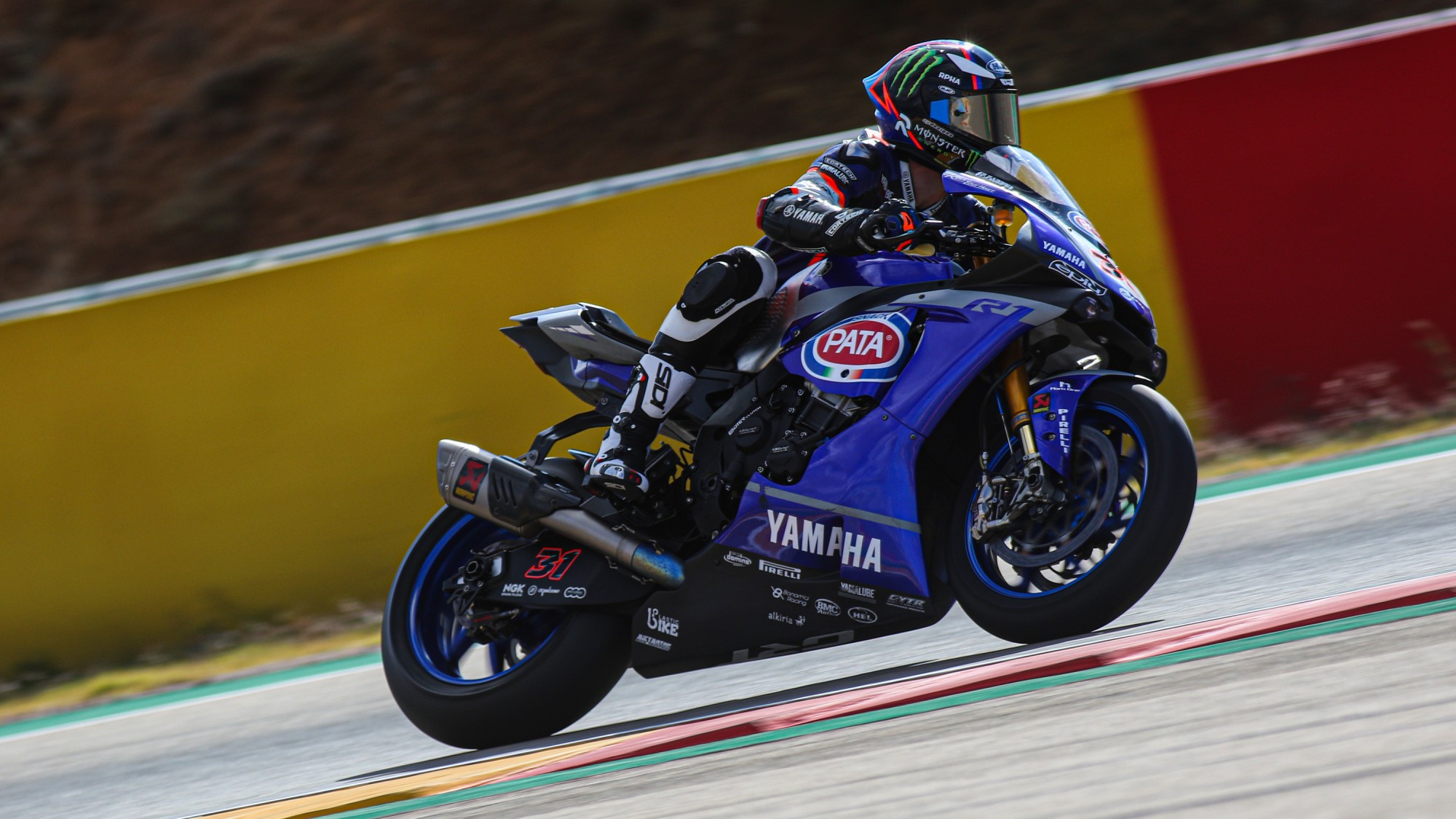 American newcomer Garrett Gerloff (GRT Yamaha WorldSBK Junior Team) was just one of nine riders to raise the curtains on the 2020 MOTUL FIM Superbike World Championship this week in MotorLand Aragon, yet also easily one of the most impressive over the course of the two-day test.

Arriving in Spain with little to no experience on the WorldSBK-spec YZF R1, Pirelli tyres or even European-constructed tarmac, the 24-year-old Texan faced a steep learning curve on Wednesday – made all the more complicated by the demanding weather conditions. Gerloff nonetheless ended the day with 52 laps completed and a best time of 1’51.867 – less than a second slower than Michael van der Mark (Pata Yamaha Official WorldSBK Team) and closer still to Toprak Razgatlioglu.

The final hours of day two proved to be even more impressive, after rain cancelled out the early hours. Gerloff ended Thursday 0.045s behind van der Mark, proof of how easily the American has fit into the GRT squad. A heavy, late crash at Turn 2 denied the rookie a chance to improve upon that time – and gave his mechanics quite some work to do – yet failed to overshadow his eye-catching arrival.

“The tyres have been a big difference for me”, Gerloff said on Wednesday. “I really like them, there’s just some things about how you have to ride them that is quite a bit different. I think one of the biggest things I need to work on is consistency, but I’m fairly happy with how the day ended and where we are”.

With so many new items and aspects to process, Yamaha have left little room for improvisation in these winter tests – a positive surprise for Gerloff: “It’s funny, the R1 came basically ready to go – I’ve only adjusted the shifter height, that’s it!”

“Lez [Pearson; Crew Chief] has been awesome, working through things. We’ve tried some different shocks and small, different adjustments. We’re just in the beginning, we’ve got to find what path we want to take to make some real improvements”.

“This is where I’ve always wanted to be, in a World Championship. Right now, I just want to be close to the other Yamaha guys, that’s my goal.”

Follow Gerloff’s progress through winter testing thanks to WorldSBK VideoPass!