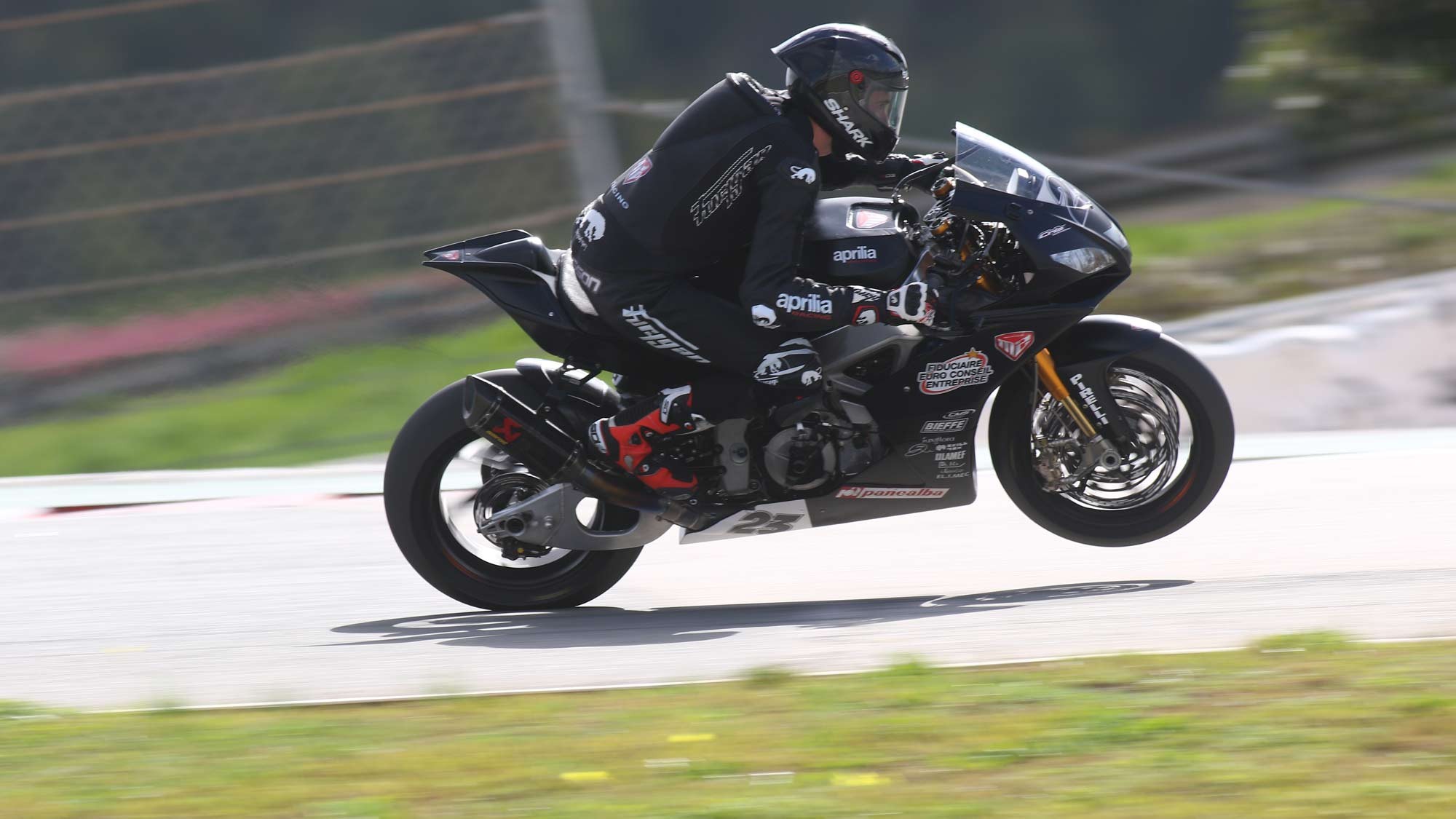 A sixth manufacturer will be on the grid for five rounds as MOTUL FIM Superbike World Championship resumes with Italian outfit Aprilia joining the grid for the first time since the 2018 Qatar Round. Private team Nuova M2 Racing will compete with an Aprilia machine and will line-up alongside BMW, Ducati, Honda, Kawasaki and Yamaha to make up the six manufacturers.

Nuova M2 Racing will compete in the Pirelli Spanish Round, Motul Portuguese Round, Prosecco DOC Aragon Round, Acerbis Catalunya Round and Pirelli French Round with Christophe Ponsson onboard the RSV4 1000. The team are not scheduled to compete in the Teruel Round, to be held at MotorLand Aragon.

Aprilia have claimed 52 victories in WorldSBK history with the most recent coming at Qatar in 2015 – when they won both Race 1 and Race 2 with Leon Haslam (now Team HRC) and Jordi Torres. Their first victory was with Troy Corser at Phillip Island in 2000 as the new century brought success for Aprilia.

Their success continued into the 2010s when they secured titles in 2010, 2012, 2013 and 2014. The first came with Italian rider Max Biaggi, who claimed the Riders’ Championship as Aprilia beat Ducati to the Manufacturers’ Championship. Both Biaggi and Aprilia repeated the feat in 2012; Biaggi winning the title by just half a point from Tom Sykes (now BMW Motorrad WorldSBK Team).

While they were unable to defend their Riders’ Championship in 2013, they did claim the Manufacturers’ Championship before claiming the double again in 2014, this time with Sylvain Guintoli claiming the title for Aprilia. For their return to WorldSBK, Nuova M2 Racing will compete with a privately-run Aprilia RSV4 1000 machine.

French rider Ponsson will ride the Aprilia RSV4 1000 for Nuova M2 Racing during the wildcard appearances; Ponsson making his first WorldSBK appearance since Qatar in 2015. With 26 race starts to his name – all in the 2015 season – Ponsson will be hoping to build on some of the experience he picked up in his one WorldSBK season.

Ponsson has also competed in STK600 and STK1000 and finished with a best Championship position of 14th in his second STK600 season in 2012. The Lyon-born 24-year-old finished 22nd in his debut WorldSBK season in 2015 with a best race finish of 11th coming in his final race at Qatar International Circuit. For 2016, he moved back to STK600 for five races before making a one-off MotoGP™ appearance in 2018.

Ponsson said: “I am very happy to join the WorldSBK paddock this year with Aprilia. It’s a great opportunity for me to race in the World Championship with such a team. Aprilia has an incredible history on a motorcycle, and to be able to race on the RSV4 in WorldSBK is very special. I love the Jerez circuit and I’m sure it’s the best circuit for me to start this season. I am surrounded by professionals in the team who have all had great moments in WorldSBK and it is very positive for me. Thanks to Aprilia and the team for this opportunity.”

Enzo Chiapello (Team Manager) said: “I am very pleased that Nuova M2 Racing will debut at WorldSBK with five wildcard appearances. We started shyly as a team in the Superstock 1000 FIM Cup and won in 2015, the year of our debut with Lorenzo Savadori The team continues to grow, the partnership with Aprilia Racing is consolidated and together with Massimo Rivola we have managed to forge this precious opportunity to compete as a wildcard by providing Christophe Ponsson with an Aprilia RSV4 1000 specially prepared for regulation from WorldSBK. Chris has evolved a lot in the past few years and we hope he can have good races. I must personally thank the sponsors who along with Aprilia give us the opportunity to embark on this new adventure.”