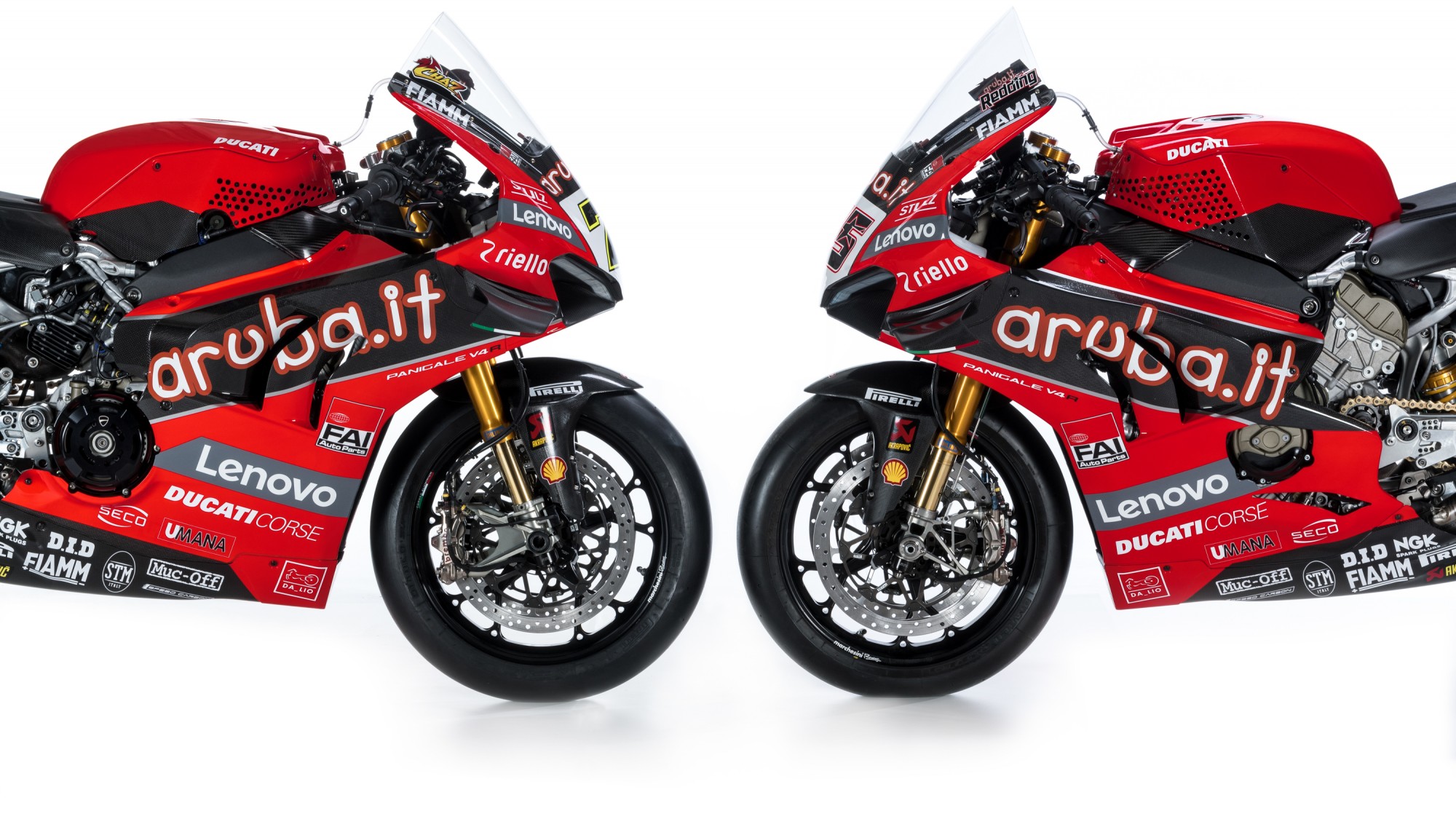 The Italian manufacturer have a rich history in WorldSBK, as they pulled the covers off their 2020 WorldSBK challenger

At the iconic Autodromo Internazionale Enzo e Dino Ferrari circuit in Imola in Italy, the ARUBA.IT Racing – Ducati squad launched their 2020 colour scheme. Fielding WorldSBK rookie Scott Redding and Chaz Davies, the Italian team is aiming to reclaim the title in World Superbike for the first time since 2011. In 2019, the team won 17 races and finished second in the standings, with Scott Redding aiming to go one better in his first season of competition.

Drenched in its tradition bright red colours with a touch of black, there is little evolution in the livery from previous years. However, the Ducati Panigale V4 R enters its second season of development and will be eager to be in contention for victory from the off. Last season, the new bike won the first 11 races it participated in, making for one of the most remarkable motorcycle debuts in the Championship’s history.

WorldSBK’s star rookie Scott Redding is eager to get into racing action in less than three weeks’ time as he spoke at the team launch at the Imola circuit: “I'm very excited for this new adventure. It will be important to get off to a good start, especially on the first circuits that I know very well. We still have to understand where we really are in terms of absolute performance but it is clear that our mission is to start winning as soon as possible. I am very satisfied with what we achieved during the tests.

“I would like to thank the team that has done a great job and has given me a lot of confidence. We all have the same goal, and this is a very important motivation. What can I promise to the fans? I know that the passion of the Ducatisti is extraordinary and so I'll give all my energy with just one goal: to bring the title back to Bologna.”

Speaking at the launch, Chaz Davies is ready to rumble for the 2020 season: "My expectations are very high. In the second part of the 2019 season our performances and results have improved considerably, and, in the last races, we have always fought for the podium. The goal is to do even better and I believe that the experience accumulated over the years can help us.

“We have done a good job during the winter and the feeling is positive even though I have never been looking for the lap-time during the tests. I feel much better than I did 12 months ago, both physically and with the feeling with my bike. I want to thank all our fans for their support, and I hope to celebrate many victories with them, maybe even in a few months on this same circuit.”

General manager of Ducati Corse, Luigi Dall’Igna, stated the team’s intent for 2020: “In the last months, we have continued to work on the development of the Panigale V4 R as we are convinced that, despite the great competitiveness shown by our bike last year, the 2020 Championship will be even more competitive thanks to the presence of new models from our main competitors.

“We only have one target, and that is to bring home the World Superbike title that we have been missing since 2011. We have two strong and very motivated riders: Chaz, who has been with us for seven years and is one of the pillars of the team, and Scott, a fresh BSB champion and already very fast during the winter tests. We believe to have all the necessary ingredients to be protagonists in every race of the championship starting from Phillip Island.”