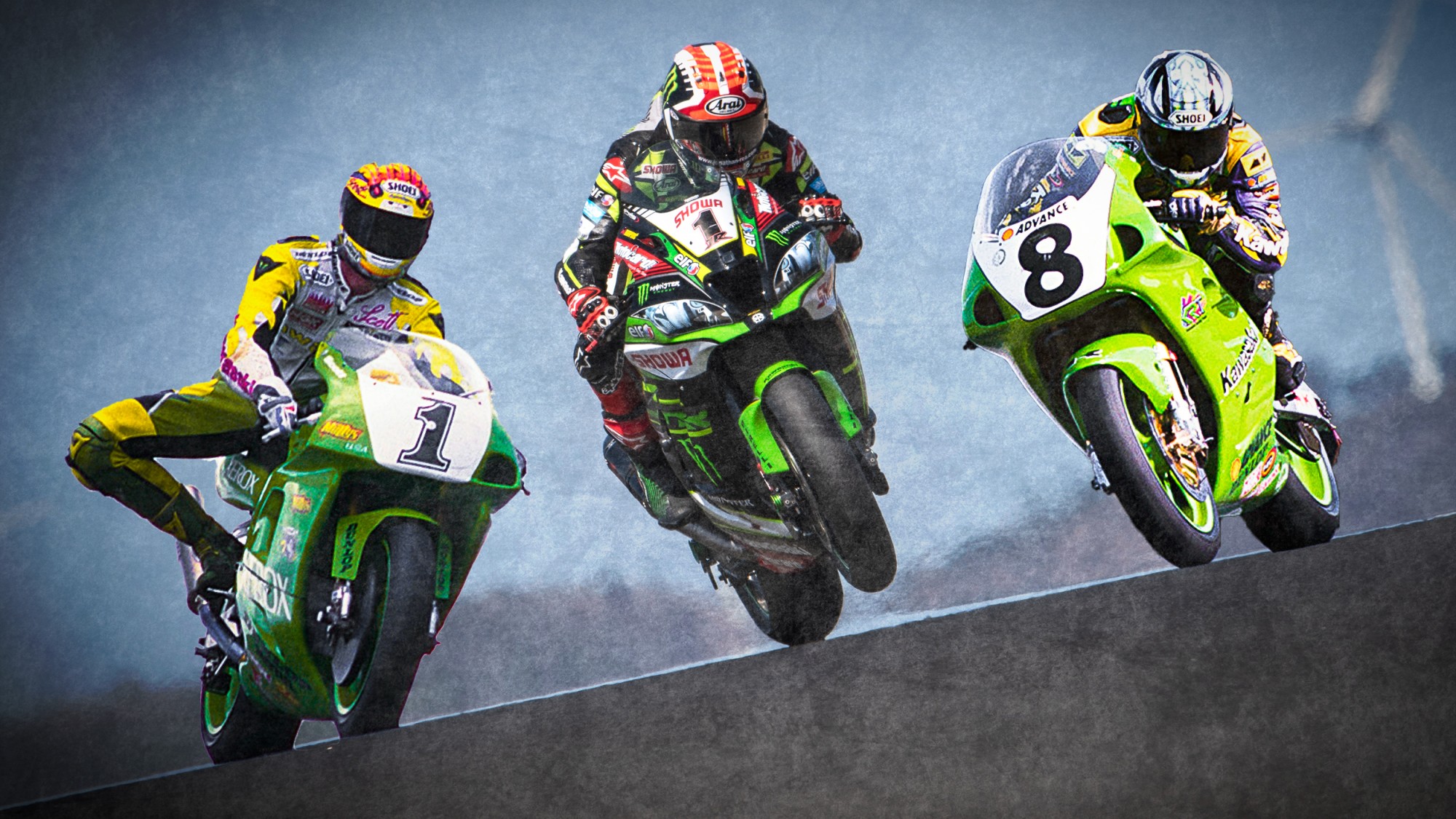 From flourishing careers in the 1990s to out-and-out domination in the past few years, Kawasaki have conquered the WorldSBK Championship and continue to be the benchmark…

Following on from the special weekends of the past, the MOTUL FIM Superbike World Championship is celebrating Kawasaki’s success. Famous Champions, big rivalries and technological innovation, here’s the many iconic moments selected from the manufacturer’s illustrious history in SBK®.

WorldSBK’s inaugural season in 1988 saw Kawasaki storm to a first victory courtesy of Adrien Morillas at the Hungaroring. It’d be another two years until their next, with Doug Chandler and Rob Phillis reigning supreme. Phillis didn’t win in 1991 but consistency was key in bringing Kawasaki to the top three in the Riders’ Championship for the first time. In the fifth season of racing, a new star was born into the Kawasaki brand, with Aaron Slight taking a career-first victory at Albacete in 1992.

However, it was 1993 where Kawasaki’s efforts were rewarded with a Championship, with Scott Russell dominating throughout to take the crown after a final round cancellation in Mexico. Russell came back to defend his title in 1994 but would be pipped in the final race of the season by arch-rival Carl Fogarty. Come the end of the year, Anthony Gobert was now Kawasaki’s new golden child and for 1995 and 1996, the charismatic Australian took five wins.

Akira Yanagawa came to Kawasaki in 1997 and was another instant hit, taking fourth in the first race of the year before a first pole at round two. The A1 Ring in Austria saw him take a first win, whilst Crafar was denied a Race 2 victory in Indonesia at Sentul, after a controversial clash on the final lap with John Kocinski. 1998 was winless before Yanagawa took his last victory at Sugo in 1999. Hitoyasu Izutsu gave Kawasaki a double win as a wildcard at Sugo in 2000, the first Japanese wildcard to achieve this; it’d be Kawasaki’s last wins until Chris Walker’s Assen Race 1 victory in 2006, coming from last to first.

From 2007 until 2010, little success came Kawasaki’s way, without a win and just one podium from Fonsi Nieto at Magny-Cours in 2007. However, 2011 saw Tom Sykes take a first race win at a wet Nurburgring. He built on his form in 2012, finishing a marginal half-a-point behind Champion Max Biaggi. 2013 would be Sykes’ year and he took the Championship in the final round of the season, whilst Loris Baz secured two wins across both years. 2014 would see Sykes give up his crown but Kawasaki still took six one-two finishes, including an epic Race 1 fight at Donington Park.

Real domination began with Jonathan Rea however; a breathtaking switch in 2015 saw him become an instant winner in Race 1 at Phillip Island. Since that moment, some 74 wins have come from Rea, including achieving Kawasaki’s 100th win at Donington Park in Race 2, 2017. The Ulsterman racked up 128 podiums for the manufacturer, whilst before leaving at the end of 2018, Tom Sykes achieved 107 for them. Five titles for Rea in five seasons with Kawasaki means he and Kawasaki have become the new benchmark, although Toprak Razgatlioglu took his first win with Kawasaki in 2019 at Magny-Cours in Race 1, WorldSBK’s 800th race. Most recently, Race 2 at Phillip Island gave Kawasaki a 40th one-two finish, with 50 being in their reach before 2020 is out.

Statistically, Kawasaki are in their prime and the majority of their wins, podiums and poles have come in the last few years. 148 wins have been achieved, beaten only by Ducati’s 358. They’re second in the pole position standings too, at 88, only behind Ducati’s tally of 181. The next front row place will be Kawasaki’s 200th, whilst they’ve had two or more bikes on the front row on 75 occasions. Their win ratio from the start of 2015 is 62.7%, an amazing achievement in its own right.

Will the records keep coming in 2020? Find out with the WorldSBK VideoPass