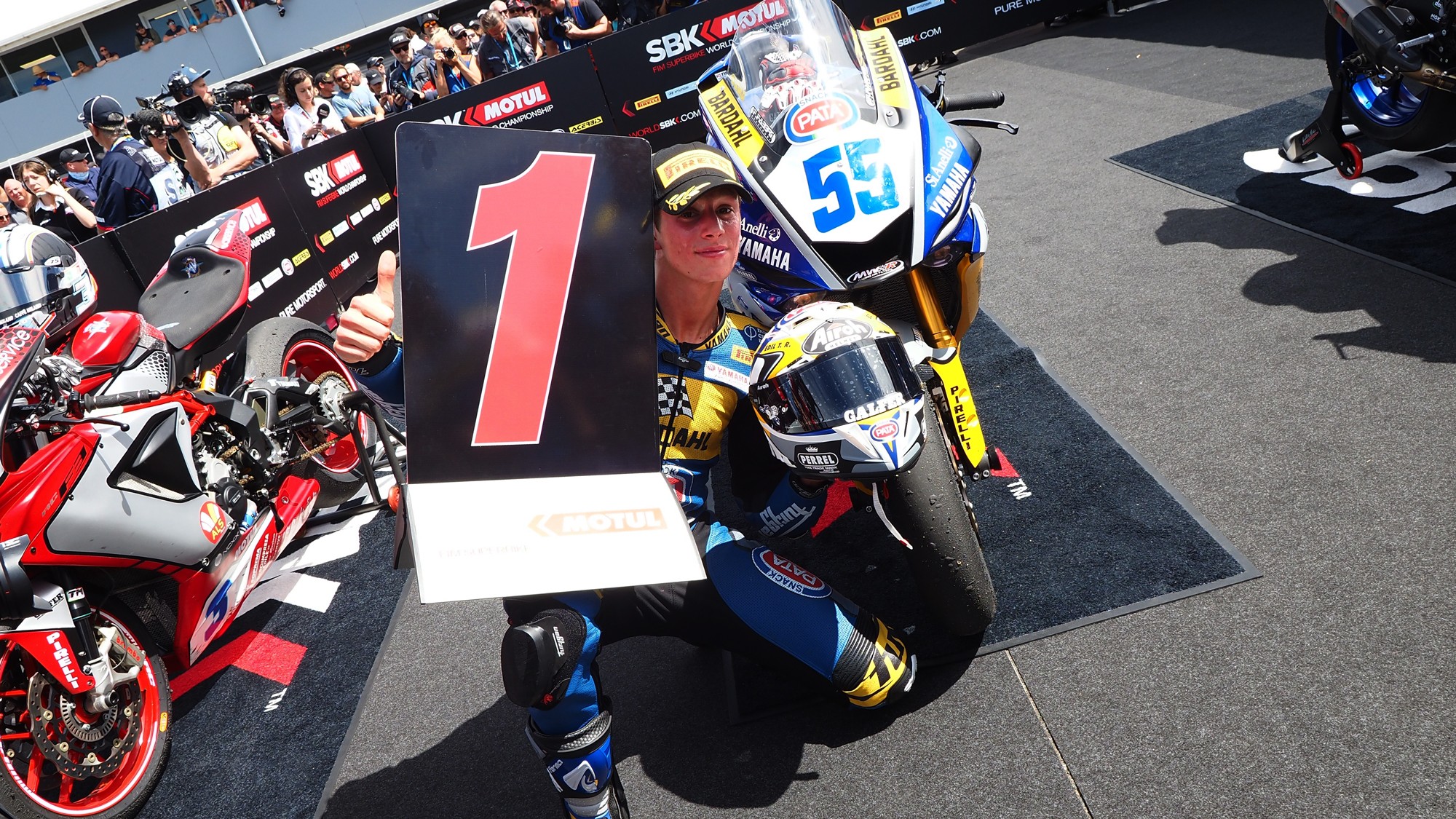 Only a handful of riders have taken victory on their FIM Supersport World Championship debut including the most recent WorldSSP winner, Andrea Locatelli (BARDAHL Evan Bros. WorldSSP Team) who claimed a dominant victory in Australia. For riders who were making their first appearance in the WorldSBK paddock and moved from a different championship, Italian rider Locatelli joined Joshua Brookes and Randy Krummenacher (now MV Agusta Reparto Corse) in winning on their WorldSSP debut, making it a very exclusive club. For Brookes, Krummenacher and Locatelli, it was their first appearance in WorldSSP and in the WorldSBK paddock completely.

Brookes was the first to win on his WorldSSP debut at Phillip Island in 2004 when he made a one-off appearance riding a Honda machine. His win came by the narrowest of margins as he beat Kevin Curtain over 21 laps by 0.025s after starting the race in fourth place. Throughout the 21 laps the pair were never more than half a second apart across the start and finish line with Curtain leading for most of the race. As the final lap started, Curtain was ahead by less than a tenth of a second to set up a thrilling final-lap showdown. Brookes would go on to take a sensational debut victory.

It would be another 12 years before another rider would go on to win on their World Supersport debut when Krummenacher took his first win at Phillip Island. In an 18-lap race, Krummenacher was at the front of the field in the lead group after claiming a debut pole position. He led the race as the group crossed the line to start Lap 2 but lost the lead shortly afterwards. With the maximum gap between Krummenacher and the leaders at around two seconds on Lap 13, over the next five laps he caught, passed and pulled out a gap over the rest of the field to win by 2.7 seconds; an exciting charge from Krummenacher in the late stages of the race to take a stunning win on his debut.

Locatelli became the third member of this club when he claimed a dominant win Down Under. Having set the pace during the test at Phillip Island leading up to the race weekend, Locatelli continued his impressive speed throughout the weekend. The Italian rookie claimed pole position ahead of Krummenacher and led all but one lap of the 16-lap race; the one lap he didn’t lead during the pit stop phase of the race when Jaimie van Sikkelerus (now MPM Routz Racing Team) stopped a lap later and led for one lap. It was an impressive performance from Locatelli to secure his maiden victory in WorldSSP.

All three were able to showcase their skills and speed on their debut weekends as they claimed victory. For Brookes, it was his only appearance in 2004 and he would return to the Championship in 2006, claiming one more win in his WorldSSP and finishing third in his one full season in 2008. Krummenacher has won six races in WorldSSP to date and won the 2019 Championship in a tight battle with Federico Caricasulo (now GRT Yamaha WorldSBK Junior Team).

You can watch more exciting WorldSSP action with the WorldSBK VideoPass!