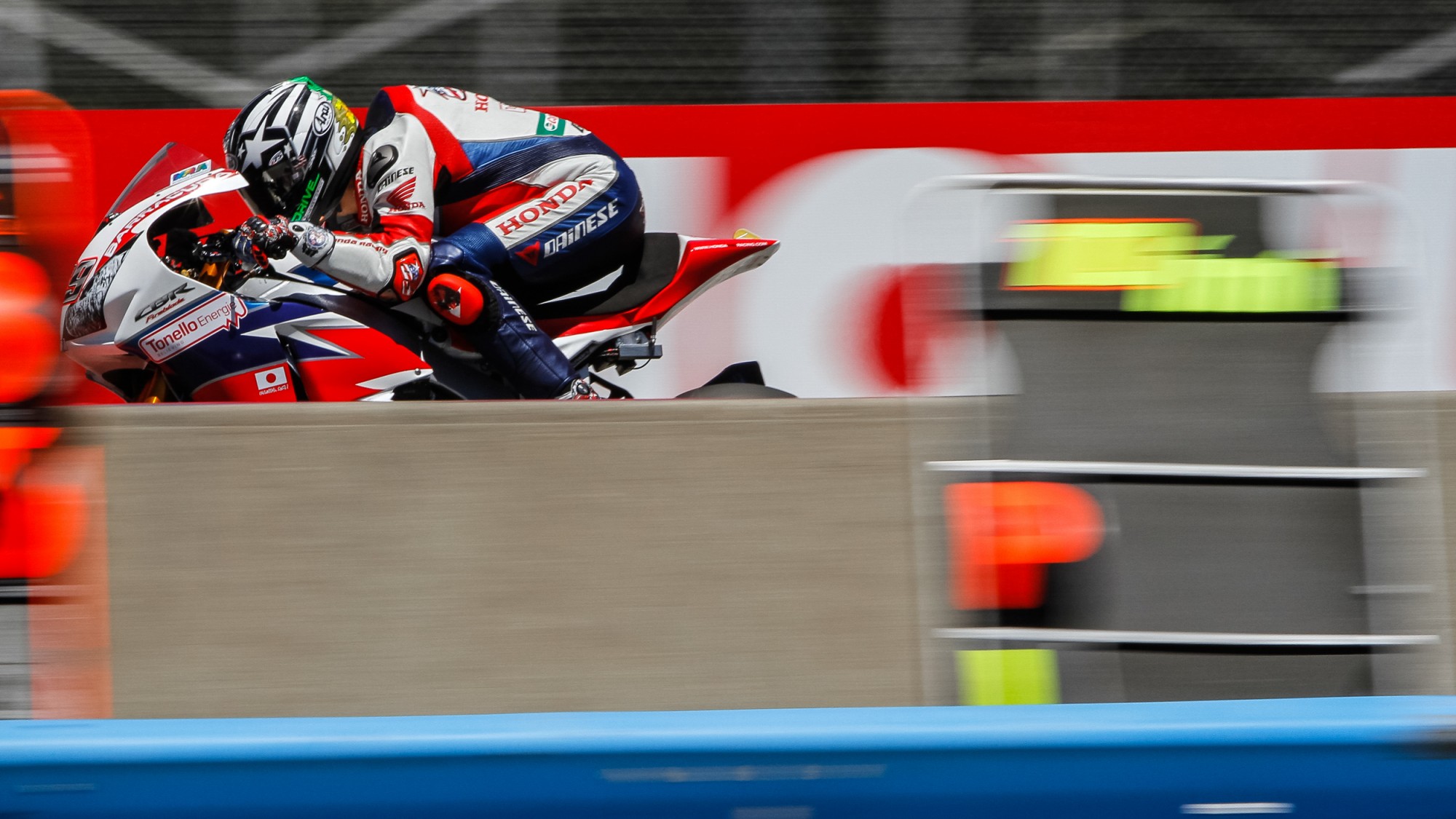 Peppered with iconic moments and historic landmarks, the MOTUL FIM Superbike World Championship has plenty of anniversaries to celebrate in the week ahead. With action nearing its resumption and the teams edging ever closer to turning a wheel, we’ve got everything from a certain someone’s last Honda victory to American dreams coming true and a hat-trick hero at home coming up across our Facebook, Instagram and Twitter channels this week.

Starting the week on July 6th, Jonathan Rea’s last victory for Honda was a memorable one. In a tricky race with varying conditions, Rea stormed through the field and snatched his final win for the Ten Kate team, whilst the race will be best remembered for the controversial collision between Sylvain Guintoli and Marco Melandri, with both falling and costing themselves a chance of victory. July 7th continues the Rea theme, with a first ever triple treat in WorldSBK achieved at Donington Park last year, whilst July 8th showcases Ben Bostrom’s heroic Laguna Seca double from 2001 and the Jonathan Rea vs Michael van der Mark battle from Misano in Race 2 in 2018.

On July 9th, it’s the 25th anniversary since Troy Corser won his first ever WorldSBK race; he beat reigning World Champion Carl Fogarty in a last lap duel to remember at the Salzburgring – WorldSBK’s final visit to the circuit. It’s also the 20 years since Troy Bayliss took his first pole position, coming at Laguna Seca. July 10th sees us relive the Race 2 battle at Laguna Seca in 2016 between Tom Sykes, Chaz Davies and Davide Giugliano, whereas in 2011, it was an all-Italian affair at Brno with Marco Melandri and Max Biaggi battling hard again. Ben Spies will also turn 36 on that day. Finally, July 12th sees us revisit Laguna Seca again, this time in 1998 and Race 2’s battle.

Find out who will come out on top in this year’s 2020 World Superbike season with the WorldSBK VideoPass!