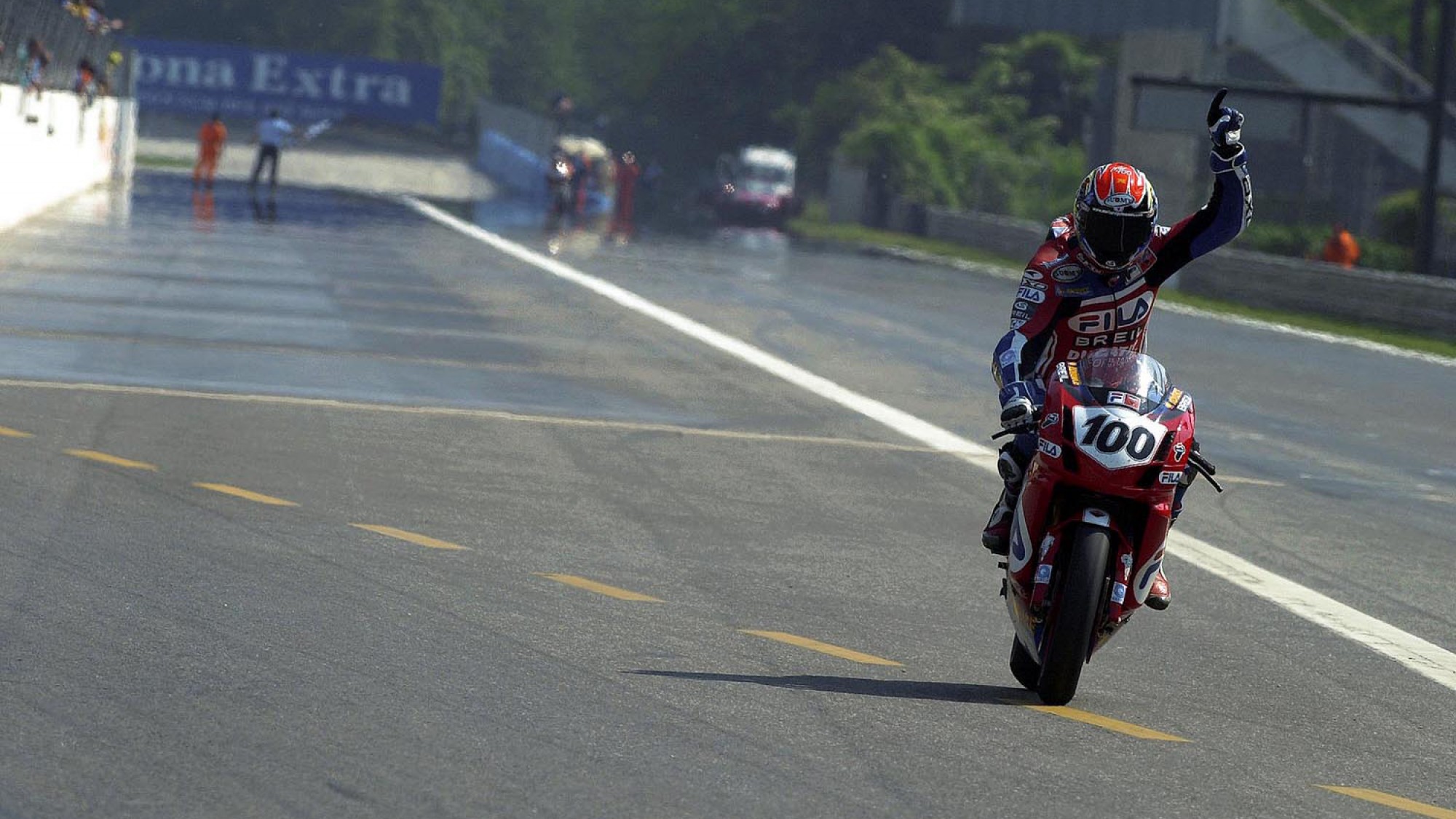 Another week of battles lie ahead as the MOTUL FIM Superbike World Championship looks back at the important anniversaries coming up in the next seven days. From iconic manufacturer milestones being hit at home to first podiums and first wins, big names and masterful masterclasses, this week’s social media content is bound to be exciting.

Starting with the first day of the week, Monday 18th of May welcomes the 17th anniversary since Neil Hodgson gave Ducati their 200th win. It couldn’t be more poetic, as Hodgson pipped Frenchman Regis Laconi by less than half-a-second on his way to Monza victory, celebrating in fine style in front of Ducati’s home crowd.

There was more Italian delight back in 1995 and on the 21st of May, we’ll be celebrating the first win of Mauro Lucchiari at home in Italy, this time at the Misano World Circuit “Marco Simoncelli” on the Adriatic Coast. Teammate to reigning Champion Carl Fogarty in 1995, Lucchiari had plenty of success in 1995 but a career-first win at Misano was backed up with a Race 2 win too. A double win at home, and his only two career wins.

The 24th of May welcomes the first podium for Gregorio Lavilla, who was a race leader for the first time as a privateer at the Albacete circuit in Spain back in 1998, before being caught by Pierfrancesco Chili and Troy Corser. It was an all-Ducati podium and is also considered by Lavilla as his best races ever.

Don’t forget to get involved across our social media channels, where you can keep enjoying classic content from years gone by. Enjoy some of the classic moments and anniversaries from last week here, whilst enjoying full classic races on our Facebook and YouTube channels, with races ranging from Hockenheimring Race 2, 1996 and Imola Race 2, 2002.

Don’t forget to stay safe and watch more action when 2020 resumes with the WorldSBK VideoPass!