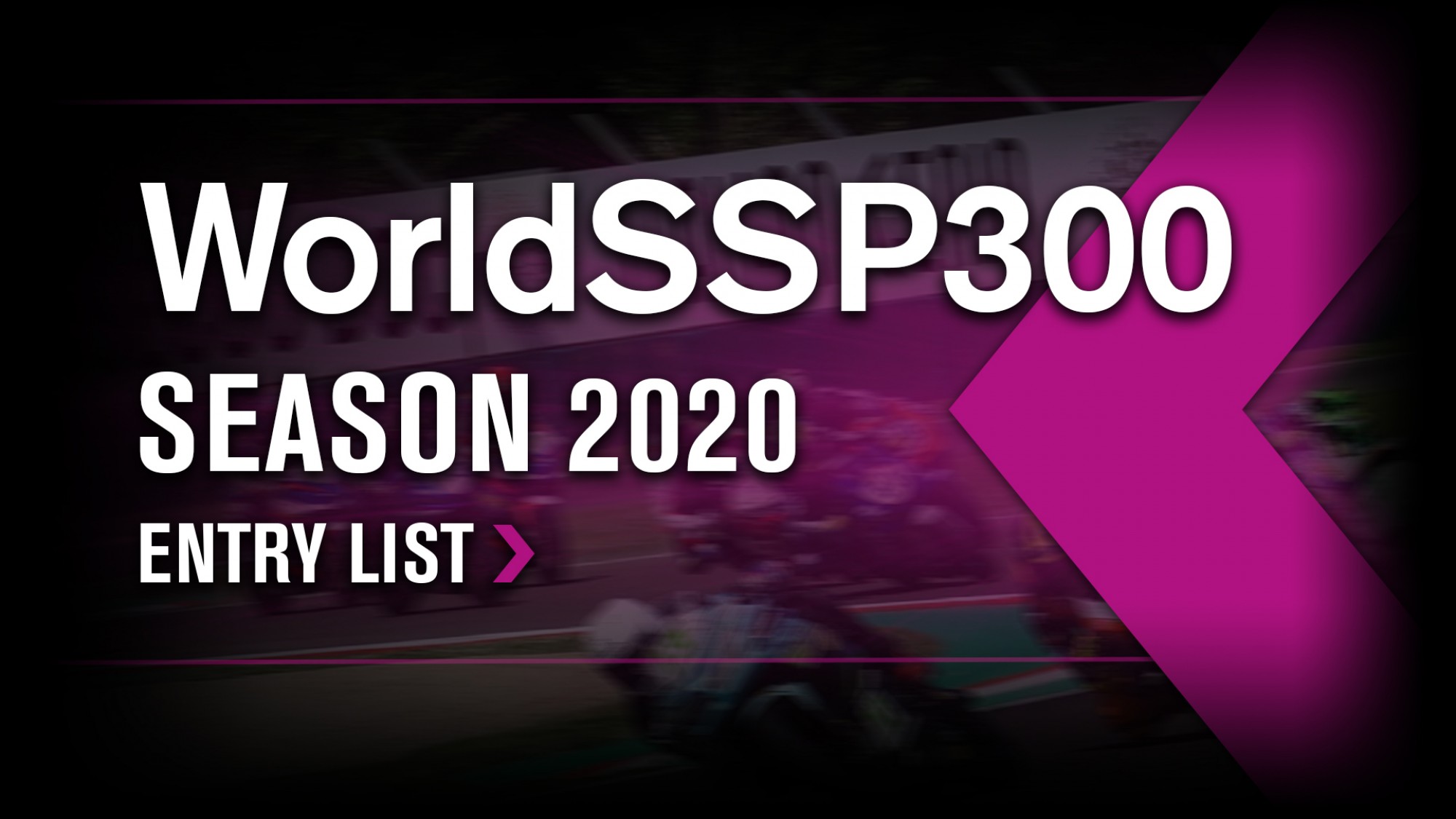 The entry list for the sensational feeder series, contended at the European rounds, has been revealed

The provisional permanent list of participants in the FIM Supersport 300 World Championship has been announced today, two months before the season kicks off. 50 riders will line up at the Circuito de Jerez – Ángel Nieto for the start of another thrilling season, the fourth since the feeder series was born in 2017.

With 2019’s brilliant champion, Manuel González, moving up to the World Supersport class, the search for an heir to his throne begins with dozens of hungry candidates. Only 36 of them will make it through to the final showdown every Sunday: the 30 fastest riders from Free Practice (and not qualifying, as was the case last year), plus the six top riders from the Last Chance Race.

Amongst the 50 participants there are returnees, rookies and stalwarts of the series since its inception, with 13 different nationalities and three different manufacturers: Kawasaki, KTM and Yamaha.

Ana Carrasco (Kawasaki Provec WorldSSP300) remains in the championship and will once again be one of the main riders to look out. Last season she broke her personal points record in WorldSSP300, yet finished third in the standings, behind the champion and behind Scott Deroue (MTM Racing Team), another perennial championship favourite.

Follow every race from the 2020 WorldSSP300 season thanks to WorldSBK VideoPass.