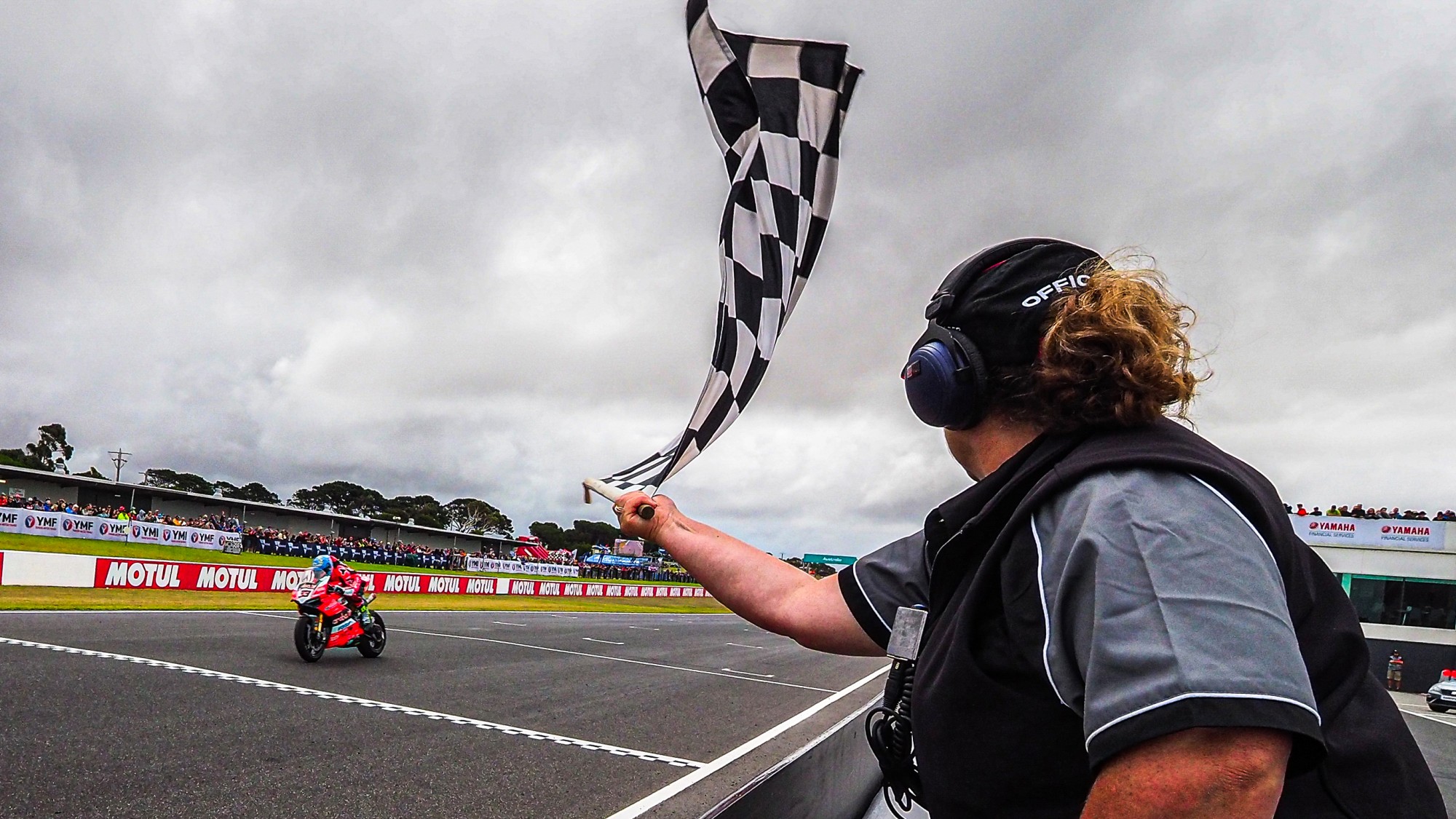 From stunning wet weather prowess to the closest finish of all time, Phillip Island holds a huge chunk of WorldSBK history…

Phillip Island has seen it all, from the closest finish of all time to utter dominance by man and machine. The fast and flowing nature of the track lends itself to close racing and ahead of the 2020 MOTUL FIM Superbike World Championship season-opener, once again, it is too close to call. However, there’s been plenty of classic races at ‘The Island’ to wet our appetite ahead of the first round of the new decade.

One of the most memorable wins at Phillip Island came in 2000, with Race 1’s tricky wet weather conditions catching out the early favourites. Bursting through the order on his Bimota, Anthony Gobert ended Lap 3 with a 21-second advantage, with the Australian streaking off into the distance and leaving the battle for second behind him. It was one of the most bizarre races of all time, as further behind, Carl Fogarty took his last ever podium in second place whilst Vittoriano Guareschi took only his second WorldSBK podium in third. One of the rare races where the podium finishers wouldn’t feature in the top 20 of the standings at the end of the year.

Just two years later and the rain had cleared and the sun had appeared; Phillip Island was sun-soaked as Troy Bayliss brought his Championship lead to his home round. The popular Australian put on a dazzling display and despite a little bit of fighting with pole-sitter Colin Edwards at the beginning, Bayliss was uncatchable and unbeatable in Race 1. He would go on to double up in Race 2 but ultimately, lost the Championship at the final round.

The closest WorldSBK finish of all time occurred at Phillip Island, back in 2010 with the first race of the new season. A three-way fight between Leon Haslam, Michel Fabrizio and Noriyuki Haga saw Race 1 prove to be an instant classic. Onto the final lap and it looked like ‘Pocket Rocket’ Haslam had a healthy enough lead but a mistake in the final sector allowed Fabrizio challenge. The two crossed the line neck-and-neck and despite the original verdict going Fabrizio’s way, a photo finish confirmed Leon Haslam as the winner by just 0.004s. Will we see closer at the start of this decade?

2016 was all about Jonathan Rea vs Chaz Davies and with the Welshman having left it too late to attack in Race 1, he wasn’t going to make the same mistake in Race 2. Again, for a fourth consecutive WorldSBK race in Australia, there was a pass for the lead on the final lap, with Davies storming up the inside at Turn 4 to pass Rea. However, trail-braking into the corner, the front end tucked away and left the 2015 runner-up on the deck. Rea would go on to win from Michael van der Mark, but it was a final corner pass by Davide Giugliano on Nicky Hayden that at least gave Ducati something to cheer about.

Moving forward another couple of years and it would be another close run to the line. Jonathan Rea looked to have victory in the bag and after a lowly fifth place in Race 1, he was eager to hit back at the WorldSBK opposition. However, Race 1 winner Marco Melandri had other ideas and on the final lap of the second outing, slipstreamed ahead of the reigning triple World Champion and took what would turn out to be his last race win. Melandri left Phillip Island in the lead of the Championship too, and kick-started a run of five race wins for Ducati in Australia that looks to be extended this season.

Follow all of the action and more for the 2020 season with the WorldSBK VideoPass!