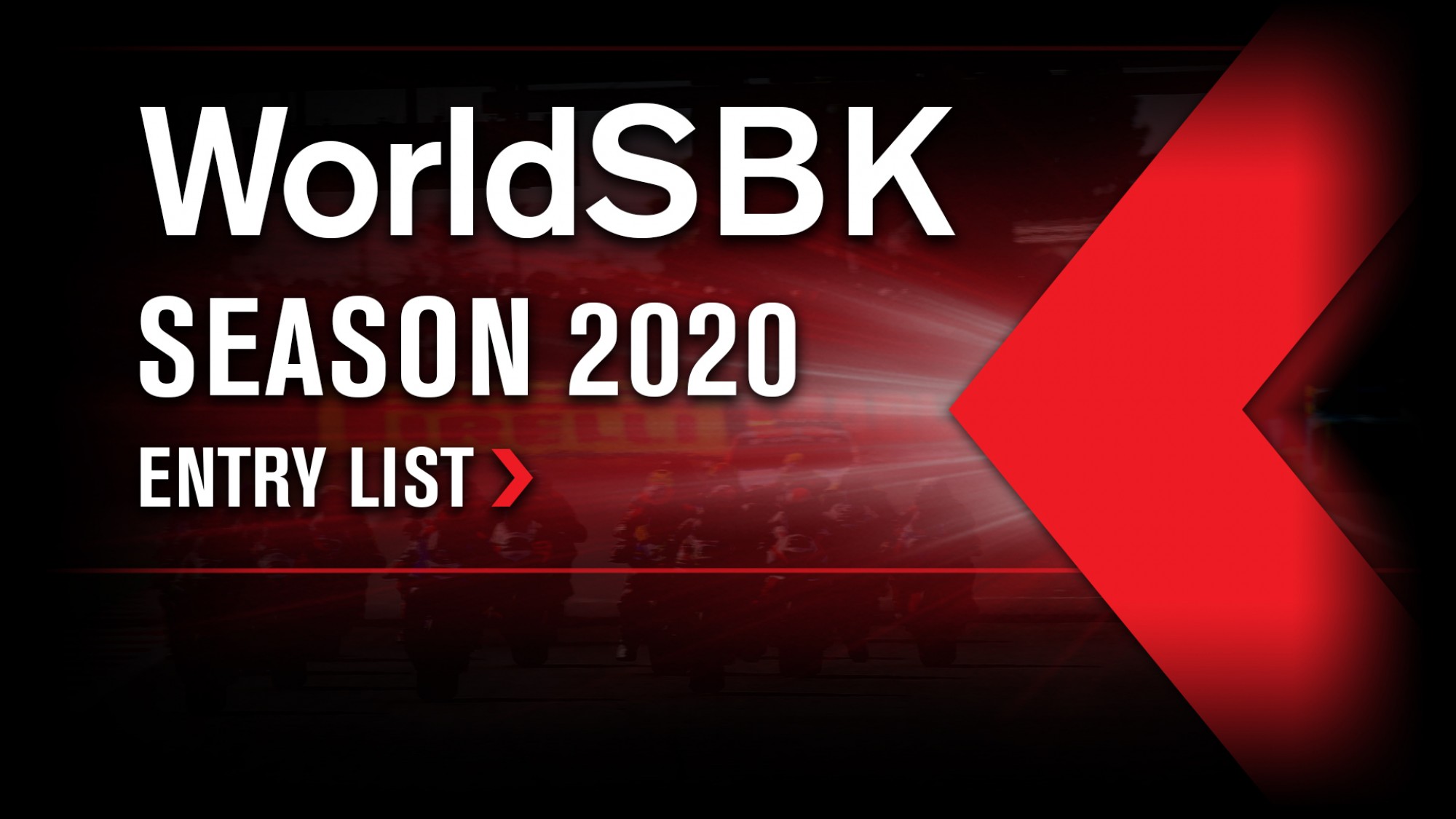 The provisional permanent entry lists for the 2020 MOTUL FIM Superbike World Championship have been revealed with an expanded grid of 22 riders, as anticipation grows for the start of the new season in a few weeks’ time.

Leading the charge will once again be the five-time and reigning WorldSBK Champion Jonathan Rea, who finds himself with a third teammate in as many seasons inside the Kawasaki Racing Team WorldSBK: Alex Lowes, who finished a career best of third in the 2019 standings.

2019’s runner-up Álvaro Bautista will debut a new machine for the second season in a row, as he leads Team HRC’s return to WorldSBK. Sitting on the new CBR1000RR alongside him will be Leon Haslam, the most experienced pair of hands on the 2020 grid.

Chaz Davies will complete his seventh season with the ARUBA.IT Racing – Ducati team in 2020. He will be partnered this time by reigning British Superbike champion and former MotoGP™ star Scott Redding, a WorldSBK debutant.

Two of 2019’s five race winners will represent the PATA YAMAHA OFFICIAL WORLDSBK TEAM in 2020: Michael van der Mark and Toprak Razgatlioglu. The pair will also enjoy a new model of the YZF R1 this season.

Closing off this quintet of factory teams is the BMW Motorrad WorldSBK Team. Tom Sykes will lead the project once again after a promising first year together. His new partner will be the man he battled so fiercely against for the 2013 WorldSBK title: Eugene Laverty.

Moving over to the independent teams and riders, 2020 will see Leon Camier joining the Barni Racing Team on the Ducati V4 R. He replaces Michael Ruben Rinaldi, who switches teams (but not machinery) to Team GOELEVEN.

There will be another two Ducati V4 Rs on the 2020 grid, bringing the total up to six: Leandro Mercado, who joins the debuting Motocorsa Racing, and two-time STK1000 winner Sylvain Barrier (Brixx Performance).

Closing out the grid will be the two members of the MIE Racing team: Takumi Takahashi, a former WorldSBK and MotoGP™ point-scorer who will be participating in his first full season on the world stage, and a second rider to be announced at a later date.