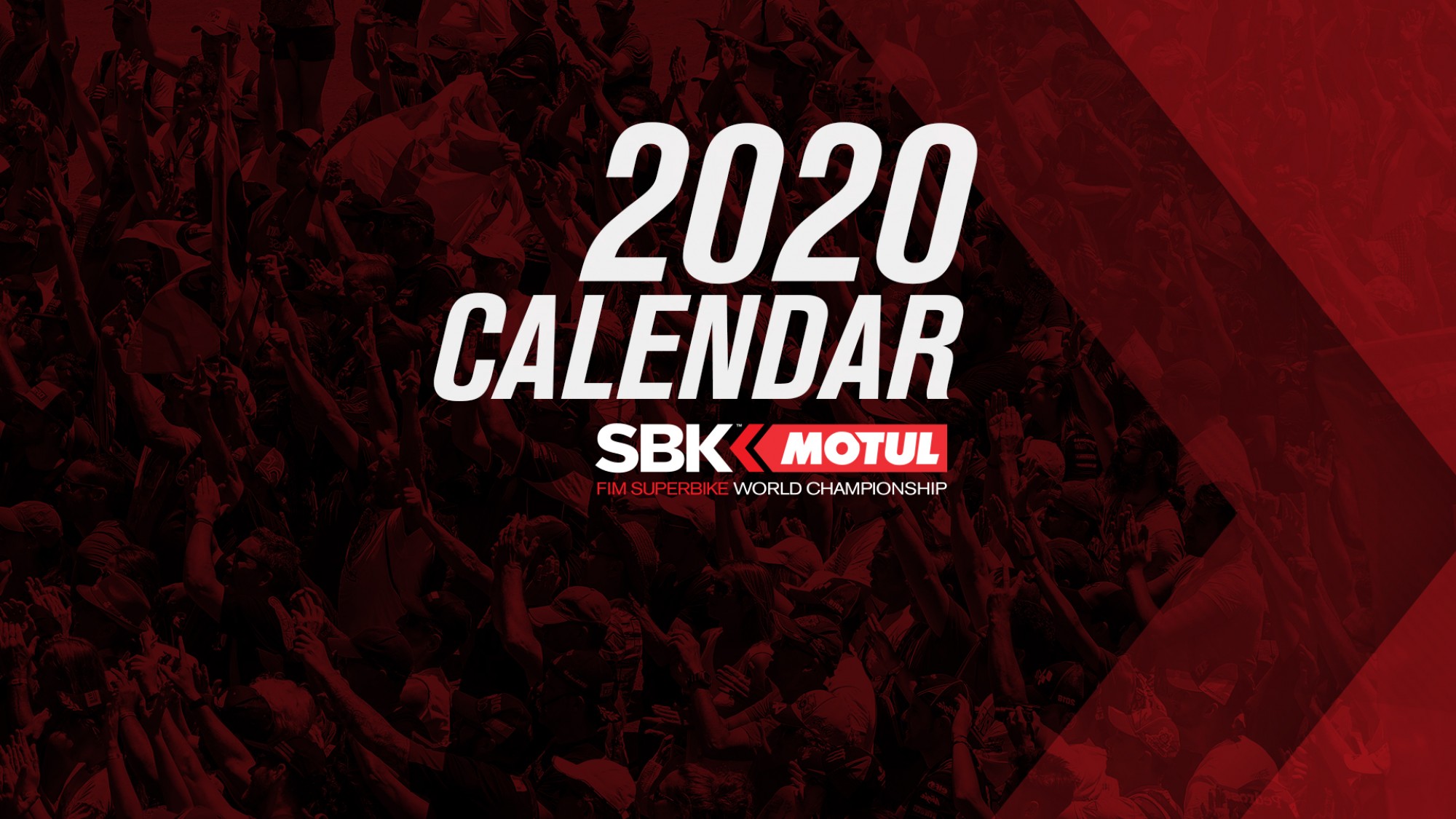 13 rounds confirmed for the new season ahead

The FIM and Dorna WSBK Organization have announced the 2020 MOTUL FIM Superbike World Championship Calendar with 13 rounds confirmed. Taking place across 11 different countries and four different continents, the 2020 WorldSBK season will once again begin Down Under. The fascinating Phillip Island Grand Prix Circuit will host the traditional season opener in Australia from 28th-1st March, and the final pre-season Official test for WorldSBK and WorldSSP on the 24th and 25th February, the week before the first round of the year.

New for 2020, WorldSBK and WorldSSP will fly then to Qatar, a few weeks after Australia, to compete under the dazzling floodlights of Losail International Circuit for Round Two of the season from 13th-15th March. As usual, the Qatar Round will be held at night with action beginning on Friday and the three WorldSBK races taking place between Saturday and Sunday.

Circuito de Jerez – Angel Nieto will host the first European Round for 2020 from 27th-29th March, welcoming back WorldSSP300 to the action. From Spain, the paddock will move north to The Netherlands at the historic “Cathedral of Speed” of TT Circuit Assen for Round 4 from 17th-19th April.

More WorldSBK classic battles are expected in May as Round 5 will take place at the famous Autodromo Enzo e Dino Ferrari di Imola in Italy, from 8th-10th May, before the Championship will return to Spain from 22nd-24th May at MotorLand Aragón.

The sunny Riviera di Rimini will host Round 7 at Misano World Circuit Marco Simoncelli from 12th-14th June, a second chance for the Italian fans to enjoy the outstanding battles of the Championship in their country. After a short break, the MOTUL FIM Superbike World Championship will return into action for another “classic”, the UK Round at Donington Park circuit from 3rd-5th July 2020.

Fans won’t miss WorldSBK during their Holidays as a fresh addition on the 2020 Calendar will ensure more racing action in the Summer. From 31st-2nd August the Championship will return to Germany to compete at Motosport Arena Oschersleben for Round 9 of the year.

An action-packed September awaits WorldSBK, WorldSSP and WorldSSP300 in 2020. From 4th – 6th September, Portimao in Portugal will welcome the series at its roller-coaster style circuit Autodromo Internacional do Algarve. Then from the 18th-20th September the MOTUL FIM Superbike World Championship will make its debut at the famous Circuit de Barcelona - Catalunya, which will host the series for the first time ever. After Spain, WorldSBK will head straight to France a week later for the final European round of the year – and the last round for WorldSSP300 - at Circuit de Nevers Magny-Cours.

The last chequered flag for 2020 will be waved in South America, as Circuito San Juan Villicum in Argentina will host the season finale. On top of this, there will be an official mid-season test, still to be announced.

Watch all the action from the 2020 MOTUL FIM Superbike World Championship with the WorldSBK VideoPass.