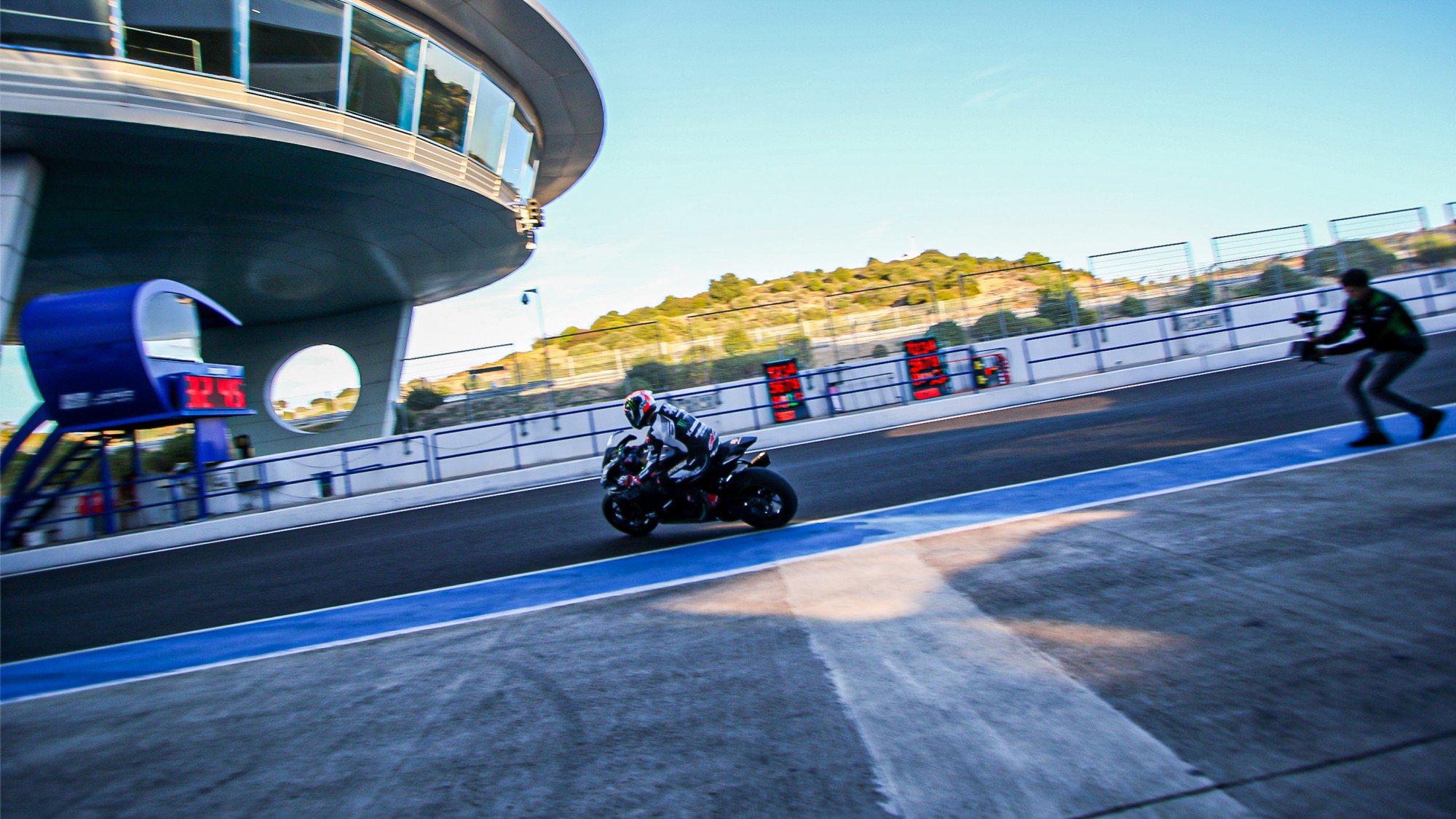 The countdown really is on as the first WorldSBK action of the decade begins at the Circuito de Jerez, with the new season getting ever closer…

After a lengthy winter in which the 2020 MOTUL FIM Superbike World Championship enjoyed the festivities, it is back to hard work and testing activities. The Circuito de Jerez – Angel Nieto in the south of Spain is the next venue for the WorldSBK field to take their 2020 preparation to, from the 22nd to the 23rd January. With seasoned riders moving teams, temporary replacements and the much anticipated first public test of the HRC Honda team, there’s plenty to keep an eye on across the two days.

The Kawasaki Racing Team WorldSBK field both Jonathan Rea and new teammate Alex Lowes at the Spanish circuit. The pair were first and fourth respectively the last time they visited Jerez, with Rea finishing with nearly a full second advantage over nearest rival. The Ulsterman comes into the test with positive feelings, have been crowned Irish Motorcyclist of the Year on Friday 17th January. For Alex Lowes, he will be eager to carry on dialling in his feelings and developing the ZX-10RR to his liking. Lowes will be eager to crack the top three this time around.

A prominent force back in November and with a new rider in their set-up, the Pata Yamaha WorldSBK Official Team are eager to narrow the gap to Rea at the top of the timesheets. Michael van der Mark was right on the pace at Jerez in November, frequenting top position half-way throughout the second day before finishing third overall with 177 laps complete. New teammate Toprak Razgatlioglu also shone brightly on the opening day last time before finishing seventh at the close of the test. The Pata Yamaha WorldSBK Official Team are getting ready for the 2020 season in style, with the next batch of testing looking positive.

MotorLand Aragon testing was certainly a positive experience for the ARUBA.IT – Racing Ducati team, but they didn’t top any day of the test at Jerez. Rookie Scott Redding was the best rider from the Italian manufacturer in fifth, whilst Chaz Davies managed ninth, both riders working through a variety of set-ups towards finding a suitable balance for the V4 R. Both riders will seek to be within a second of the top time and make steady improvements across the two days, with Redding yearning more track time.

Both BMW riders were inside the top ten at the close of testing at Jerez last time out, with Tom Sykes flying high in sixth and Eugene Laverty in tenth. 2013 Champion Sykes wrapped up his first title at Jerez and heads to the Spanish venue with positivity and happy memories. Teammate and 2013 title rival Eugene Laverty has been training intensely throughout the off-season and comes into the Jerez test revitalised and rejuvenated. This will be Laverty’s second test on the S 1000 RR and hopes to refine his feelings aboard the bike with more experience.

The fifth factory team and one of the most anticipated is the HRC Team of Alvaro Bautista and Leon Haslam. This will be the first public test for the bike, as Honda have been testing and developing behind closed doors, meaning that this Jerez test will be the first glimpse of the all-new CBR1000RR-R in WorldSBK trim. Bautista completed a successful test with his Ducati at Jerez in 2019 and will look to repeat that achievement over at Honda this season, with the Spaniard also coming into the 2020 season as runner-up. Teammate Haslam will be keen to develop the Honda into a contender; both riders having experience and good versatility.

Headlining the charge of the Independent’s brigade are the Ten Kate Racing – Yamaha team, featuring Loris Baz. The Frenchman was a stand-out performer at Jerez last time out, finishing second on day two and being inside the top five for most of the test. With 181 laps done, Baz is a man to watch out for across the two days.

GRT Yamaha WorldSBK Junior Team bring their line-up of Federico Caricasulo and Garrett Gerloff to the famed Jerez track too. Caricasulo is another rookie on the 2020 grid, whilst American teammate Garrett Gerloff has been quietly going about his business and has impressed many so far.

Other Independent teams in attendance include the BARNI Racing Team, who will not be with Leon Camier as the British rider recovers from injury. Sandro Cortese replaces him for the two days, with the German racking up miles aboard the Ducati and yet to be confirmed on the 2020 grid. Team GoEleven bring Michael Ruben Rinaldi to Jerez, with this being his first test with the team ahead of 2020.

The Motocorsa Racing team will also be there with their Ducati and Leandro Mercado, who returns to the manufacturer in 2020. The Brixx Performance set-up are also at Jerez, testing with their rider Sylvain Barrier. One more rider to keep a close eye on will be Chile’s Maximilien Scheib, who teams up with the Orelac Racing VerdNatura squad and readies for his first test of his full-time debut in the 2020 season.

Follow all of the action in the build-up to the much-anticipated 2020 season with the WorldSBK VideoPass!