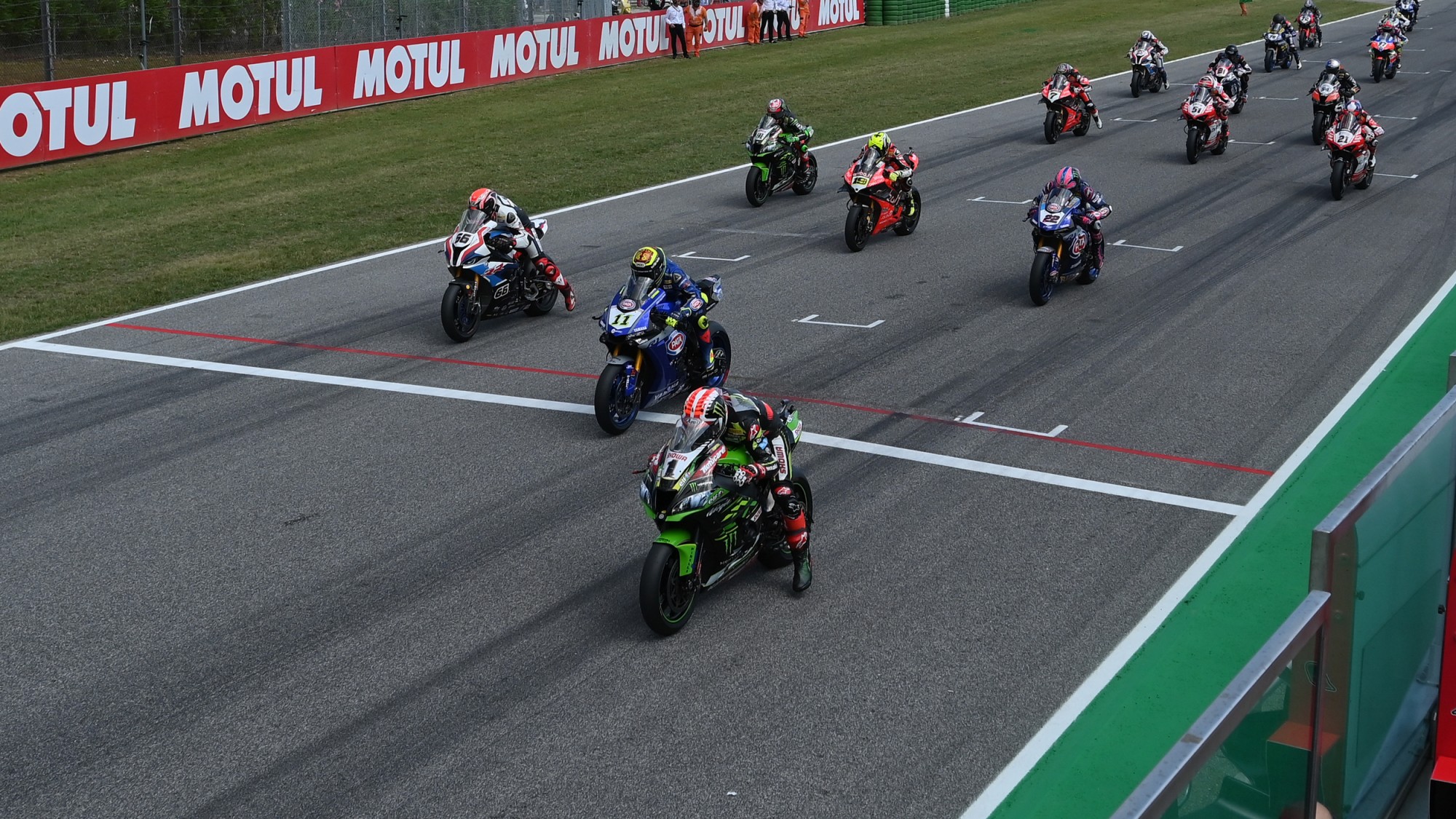 A new year of records and milestones could be upon us…

2019 saw the bar being raised higher and higher from start to finish, from Álvaro Bautista’s 11 rookie wins on the trot to Jonathan Rea’s legacy-defining fifth world title. But with Round 1 of the 2020 MOTUL FIM Superbike World Championship fast approaching, it’s time to leave last year’s records behind and look beyond, to what can – and in some cases will – happen this year.

Some numbers we know already: 13 rounds across 10 countries, three WorldSBK races in each, with two to four categories competing at each track (including the new Yamaha R3 bLU cRU European Cup). There will be 20-plus riders in the premier class, potentially 30-plus in WorldSSP and twice that in WorldSSP300.

With the certainties set out, it’s time to look at the milestones – starting with those that are nearly confirmed, barring catastrophe. Tom Sykes (BMW Motorrad WorldSBK Team) will all but surely become the second rider with the most starts in WorldSBK history, passing Noriyuki Haga, who right now sits 17 ahead on 313. Jonathan Rea (Kawasaki Racing Team WorldSBK) should as well – he is 32 behind Haga – with Leon Haslam needing 22 more to make it into the all-time top five ahead of Frankie Chili.

It’s also quite likely that the Northern Irishman will break the 100 wins barrier next year, after racking up the wins at the end of 2019. Rea needs 12 to make to the century – no easy feat by any means considering the competition, but one that he has achieved in four of his five seasons in Kawasaki.

Kawasaki are also eyeing a certain 100 mark; they’re 12 away from reaching that in WorldSBK pole positions. Very unlikely, considering only 13 are distributed throughout the year, but not impossible. Their five-time World Champion has an easier target on the poles rankings, with Troy Bayliss, third overall on 26, just three ahead of the Northern Irishman.

Tom Sykes meanwhile is eyeing another Haga record in 2020: overall points. The Japanese legend is third in the historical standings, on 3691; the Yorkshireman is fourth, with 3428.5. 263 – 40 more than Sykes picked up in his debut BMW season – would do the job.

Over to manufacturers, Yamaha are just seven podiums away from becoming the fourth manufacturer to hit 300 – joining Ducati, Kawasaki and Honda – something which, with a factory team featuring two of 2019’s five race winners, shouldn’t be too complicated to achieve.

Similarly, Honda remain eight away from the 400 mark, although the Japanese manufacturer haven’t been on the rostrum since 2016. More concerning for them is that they find themselves threateningly close to Kawasaki in total races with at least one rider on the podium (not total podiums): with Honda on 336 and their rivals on 325, it is not unconceivable that they switch places in 2020. Ducati’s 613 remain several steps too far ahead.

Moving back to riders, and to honour Manuel González becoming the youngest FIM road racing World Champion in 2019, we’ll look at the Spaniard’s options in his new WorldSSP adventure. ‘Manugas’ will be 17 years, 6 months and 26 days old when the season starts, which offers him several more opportunities to feature on the record books in 2020 (and even beyond): youngest win (19y05m21d), youngest pole (19y10m23d), youngest podium (17y10m02d) and, of course, Champion (21y04m). The same applies for Can Öncü, nearly a full year younger than González.

The youth of the paddock are ready to take over in 2020 across all categories, which leads us to the youngest World Champion in the top class: James Toseland, in 2004, three days shy of his 24th birthday. Every participant in the Championship will be older than that come the final round of the year, bar one: Toprak Razgatlioglu. Not a bad challenge for the new Pata Yamaha rider.

Watch all the best action from the 2020 World Superbike season thanks to WorldSBK VideoPass!