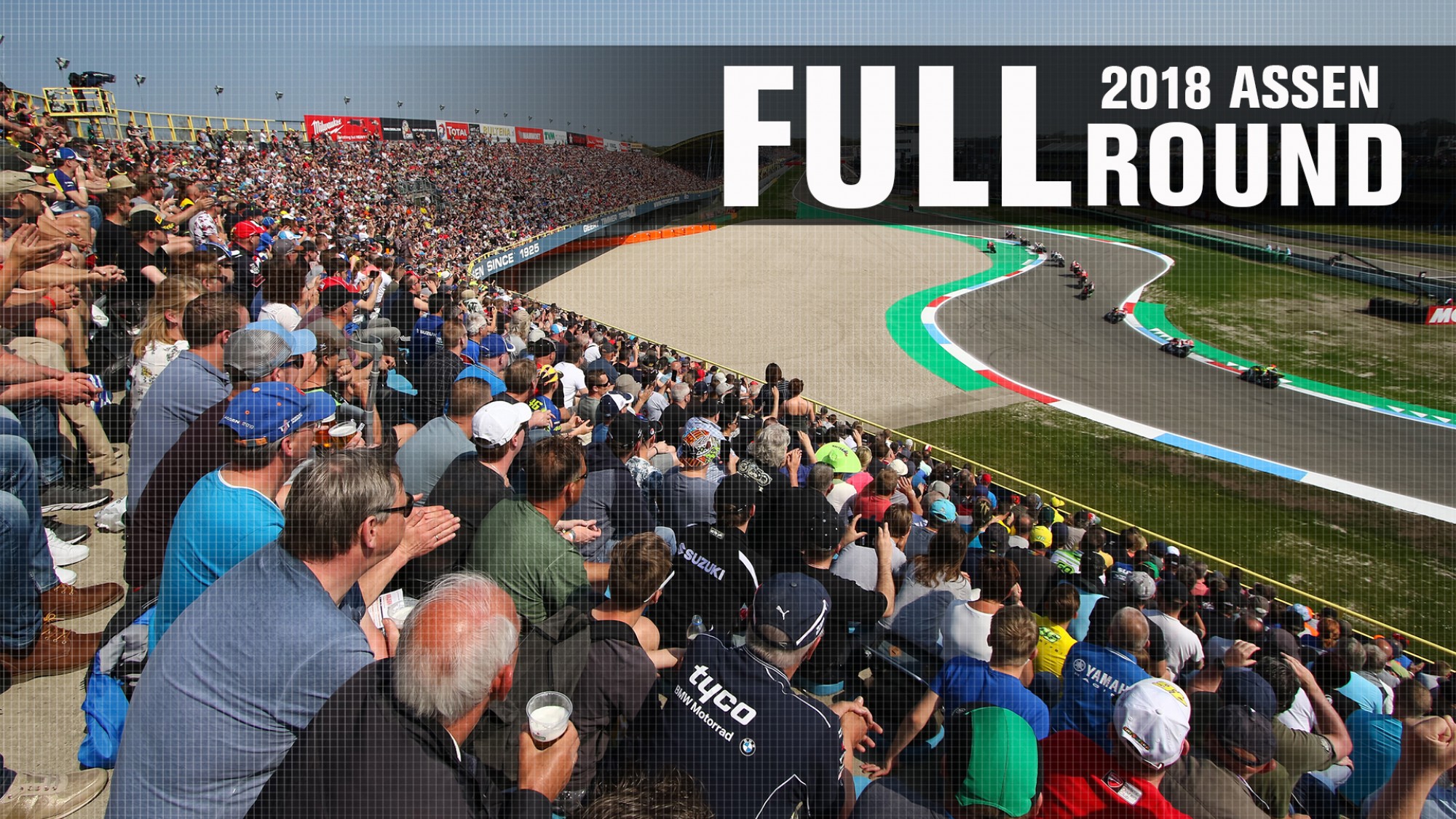 As part of the #StayAtHome campaign, WorldSBK is making full race weekends available to watch for free beginning with epic Assen 2018 battles

In WorldSBK, Jonathan Rea (Kawasaki Racing Team WorldSBK) headed into the weekend as the in-form rider at Assen, having won the previous seven races at the track in a streak that ran from Race 2 in 2014. Since then, it had been all Rea in races at the Dutch circuit with no one able to break his impressive streak. Despite a tricky start to the season, Rea was in fine form come racing action at Assen.

With dry and warm conditions throughout, the weather was kind to the riders and didn’t throw up any surprises during the sessions. The question on everyone’s lips was whether anyone could stop Rea taking more victories at Assen? Rea’s Kawasaki teammate, Tom Sykes, would have to be considered one of the main challengers to Rea given the recent dominance of the Japanese manufacturer at Assen, but there would also be competition from home-hero Michael van der Mark (PATA Yamaha WorldSBK Official Team), Chaz Davies (ARUBA.IT Racing – Ducati) and Xavi Fores all in the leading group. Sykes did go on to end Rea’s run of victories at Assen; his last win in WorldSBK to date. You can watch Race 1 and Race 2 now for free.

Over in WorldSSP, there were two main stories throughout the field that converged into one at the throughout the race. While there was an epic battle at the front between Jules Cluzel (now GMT94 Yamaha), Raffaele de Rosa (MV Agusta Reparto Corse), 2017 Champion Lucas Mahias (Kawasaki Puccetti Racing), Luke Stapleford and Sandro Cortese, it was Randy Krummenacher (now MV Agusta Reparto Corse) stealing the headlines. Krummenacher had been due to start on the second row but a technical issue meant he ended up at the back of the grid as the race started, having started the warm up lap from pitlane. He would make a storming comeback, in one of the most inspired rides in recent years. The WorldSSP race is available to watch for free now.

Not to be outdone with drama and excitement, the WorldSSP300 race also featured a leading group with seven riders covered by less than two seconds at the chequered flag. This, however, does not tell the full story of a thrilling race and a dramatic last lap. With a 10-strong battle for the lead, this is a WorldSSP300 race not to be missed with frantic racing, countless overtakes and late-race drama all playing their part in a thrilling story.

There was also drama in the STK1000 race in the battle for scoring points and while Markus Reiterberger took a dominant win at the front, the mid-pack racing was full of excitement as five riders all battled out to score more points than their rivals.

If you would like to watch all the action as if it was a race weekend, you can find the day-by-day schedule below.

You can watch more thrilling WorldSBK, WorldSSP and WorldSSP300 action with the WorldSBK VideoPass!