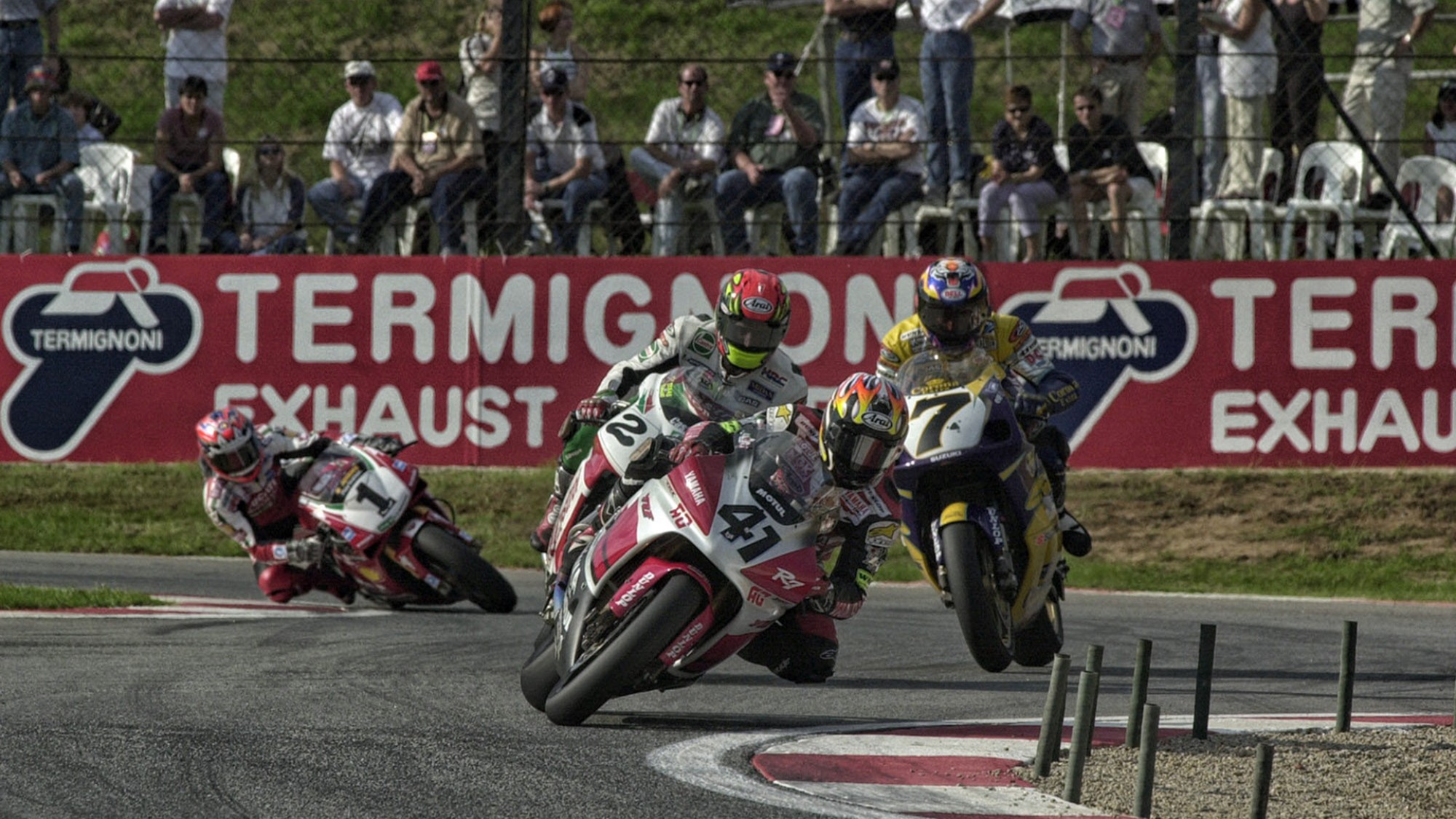 The first race of the MOTUL FIM Superbike World Championship in 2000 could not have been more exciting and dramatic as Colin Edwards, Noriyuki Haga and Carl Fogarty all fought for victory. Three manufacturers were represented on the podium with Honda taking a season-opening victory with the new VTR1000 bike. As the chequered flag fell, the trio were separated by just wo 0.2s in a tense race to open the season. 20 years on from the race (held on April 2nd), you can see how the drama unfolded once again!