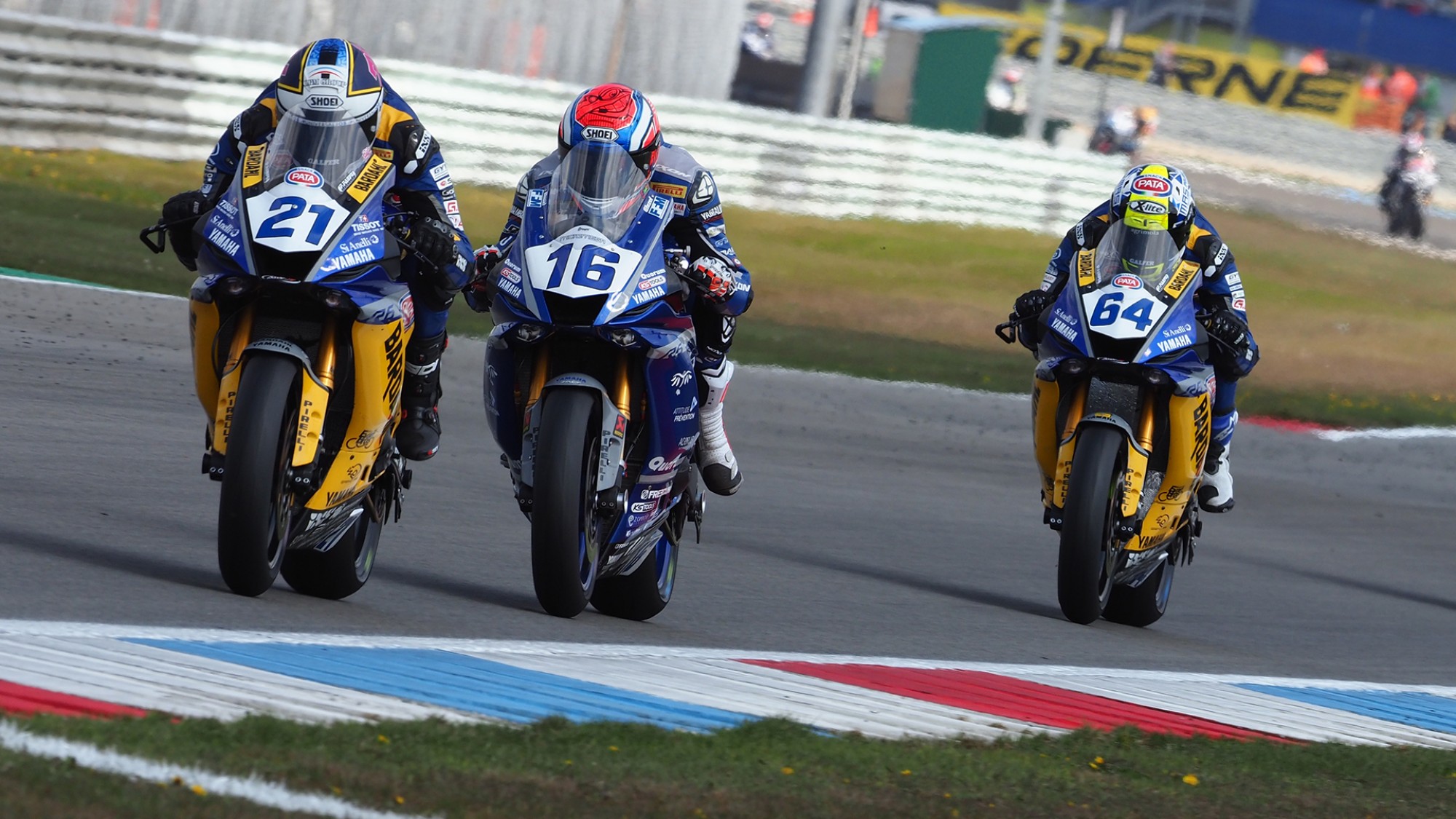 It was a seventh WorldSSP title for Yamaha and a third in as many years, following the unprecedented success achieved already in 2019!

Thanks to the dominance of Yamaha in the 2019 FIM Supersport World Championship, the Japanese manufacturer clinched the WorldSSP manufacturer’s championship at Donington Park. Securing their seventh one-two of the season at the Prosecco DOC UK Round, Yamaha have an insurmountable 105-point lead with just 100 left up for grabs in the final four races.

The season has been pure domination, mainly coming from the BARDAHL Evan Bros. WorldSSP Team duo of Randy Krummenacher and Federico Caricasulo – first and second in the championship. The two riders have had a fierce rivalry right the way through the year, with them establishing themselves as the riders to beat in the WorldSSP class. Up until the Donington Park round, they’d both been on the podium in every single race, whilst contributing 150 of the 200 points that Yamaha have in the manufacturer’s standings.

The other 50 points have come from Jules Cluzel (GMT94 YAMAHA), who took wins at the Pirelli Thai Round and at the Prosecco DOC UK Round, announcing himself as a title contender with four races to go. In all, Yamaha have won every race this season and finished first and second in seven of those. In terms of podium lock-outs, there have been four this season – all featuring the leading two in the WorldSSP championship.

Some of the most dominant performances have been some of the best races too, with the Chang International Circuit being a reminder of just how close and competitive WorldSSP is in 2019. The first four riders were Yamaha-mounted, and that has set the precedent for the season, with the likes of Krummenacher, Caricasulo and Cluzel being the dominant force in World Supersport: the dominant force that has seen them clinch the manufacturer’s title for Yamaha with an incredible four rounds left to go.

And Yamaha’s dominance doesn’t stop in the leading positions either, with numerous records coming the way of the Japanese manufacturer. The first Austrian to start from pole in WorldSSP, Thomas Gradinger (Kallio Racing), is riding a Yamaha – a round after this, he took a first podium. In the ESS Cup, both riders are using Yamaha equipment too, as they battle away for supremacy in their own standings.

With four rounds remaining last year, Yamaha needed three more points than MV AGUSTA to win the manufacturer’s crown. With the job already done this year, Yamaha have proved their force in WorldSSP with yet another manufacturer’s title to their name in WorldSSP, with the new YZF R6 the bike to beat in the WorldSSP class. What more lies ahead for them? More one-twos; more podium lock-outs; or a record points tally?