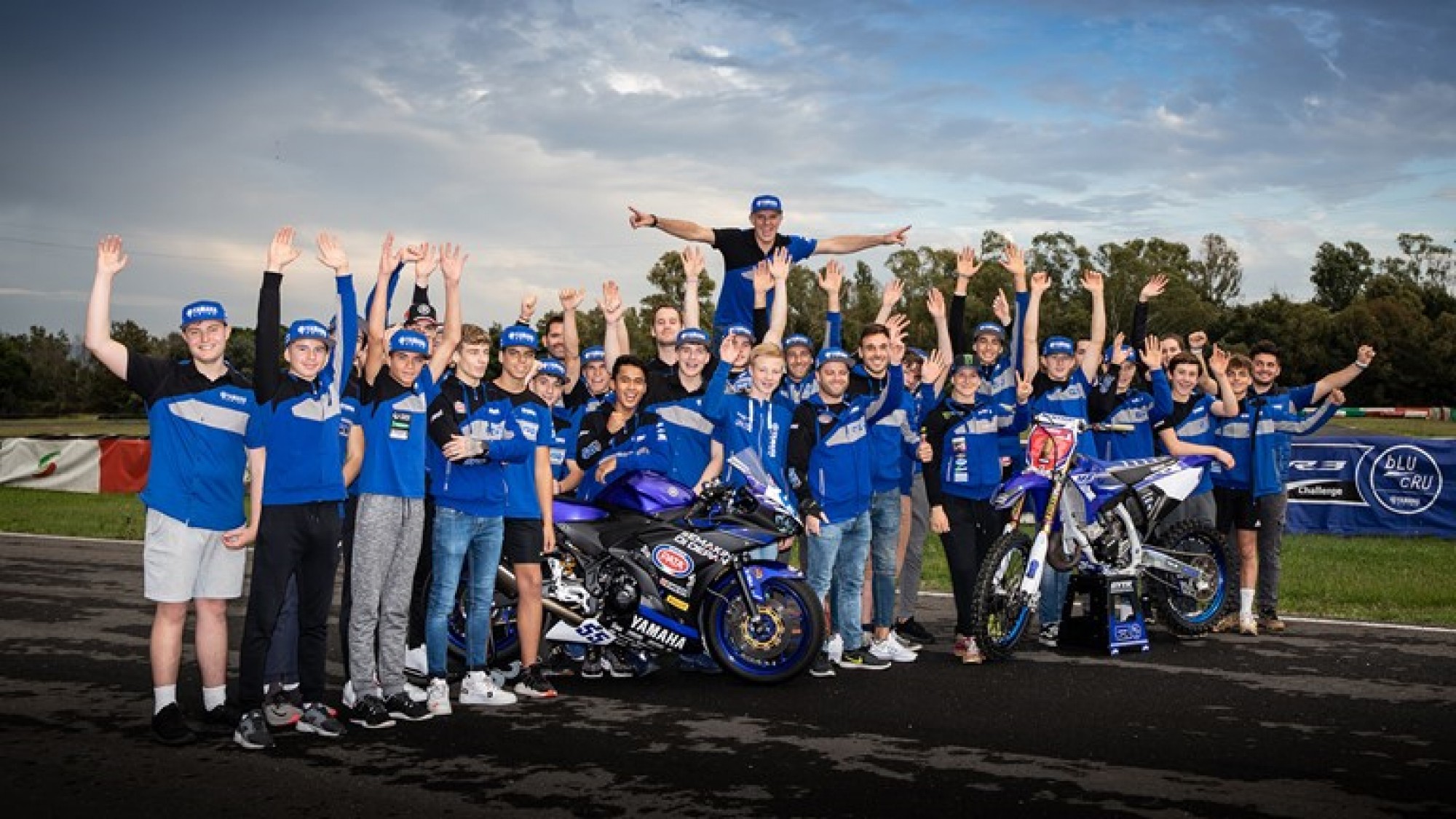 After a strong end to the 2018 season for YZF-R3 competitors, Yamaha Motor Europe have announced the six riders set to compete in next year’s FIM Supersport 300 World Championship as part of the 2019 Yamaha R3 bLU cRU Challenge.

Six riders from six different countries will join the 2019 grid when the season gets going at MotorLand Aragon, after overcoming a tough selection process that brought together some of the best young talents from around the world. As a bonus to getting a shot at the world championship, the best Yamaha R3 bLU cRU Challenge rider will be granted an official Yamaha supported ride in a higher class for the following season.

Two-time race winner Galang Hendra Pratama is the most familiar face amongst these six talented riders, and the Indonesian will be aiming to clinch the championship in his second full season in the series. Jacopo Facco will also be returning to WorldSSP300 after riding in the inaugural season of the class in 2017. The Italian has two eighth places as his best results.

The other four riders will be taking part in a full WorldSSP300 season for the first time, although all of them have competed previously as wild cards. That’s the case for Kevin Sabatucci, who managed a sensational third-place finish at Imola in 2018. Sixteen-year-old Andy Verdoia also took part in three races this past season, with a best of twelfth at his home round of Magny-Cours.

Dutch rider Finn de Bruin makes his way into the paddock after participating as a wildcard in the 2017 Assen Round, whilst Beatriz Neila is set to follow in the footsteps of world champion Ana Carrasco and Maria Herrera by becoming the third female Spanish rider in WorldSSP300.

Alberto Barozzi (Yamaha Motor Europe bLU cRU Racing Manager) explains: "I have high hopes for the six riders, all of whom participated in a rigorous selection process, with the Yamaha Motor Europe Racing Committee and the bLU cRU Ambassadors analysing in extreme detail every aspect of the riders' skills before making their selection for the coming season. Together with our selected bLU cRU teams and our technical partners, we will provide the necessary support as the riders embark on this new challenge, sharing the experience we have to ensure that all of them are given the opportunity to realise their full potential aboard the new Yamaha R3”.

Follow all the action from the new season of WorldSSP300 thanks to WorldSBK VideoPass.