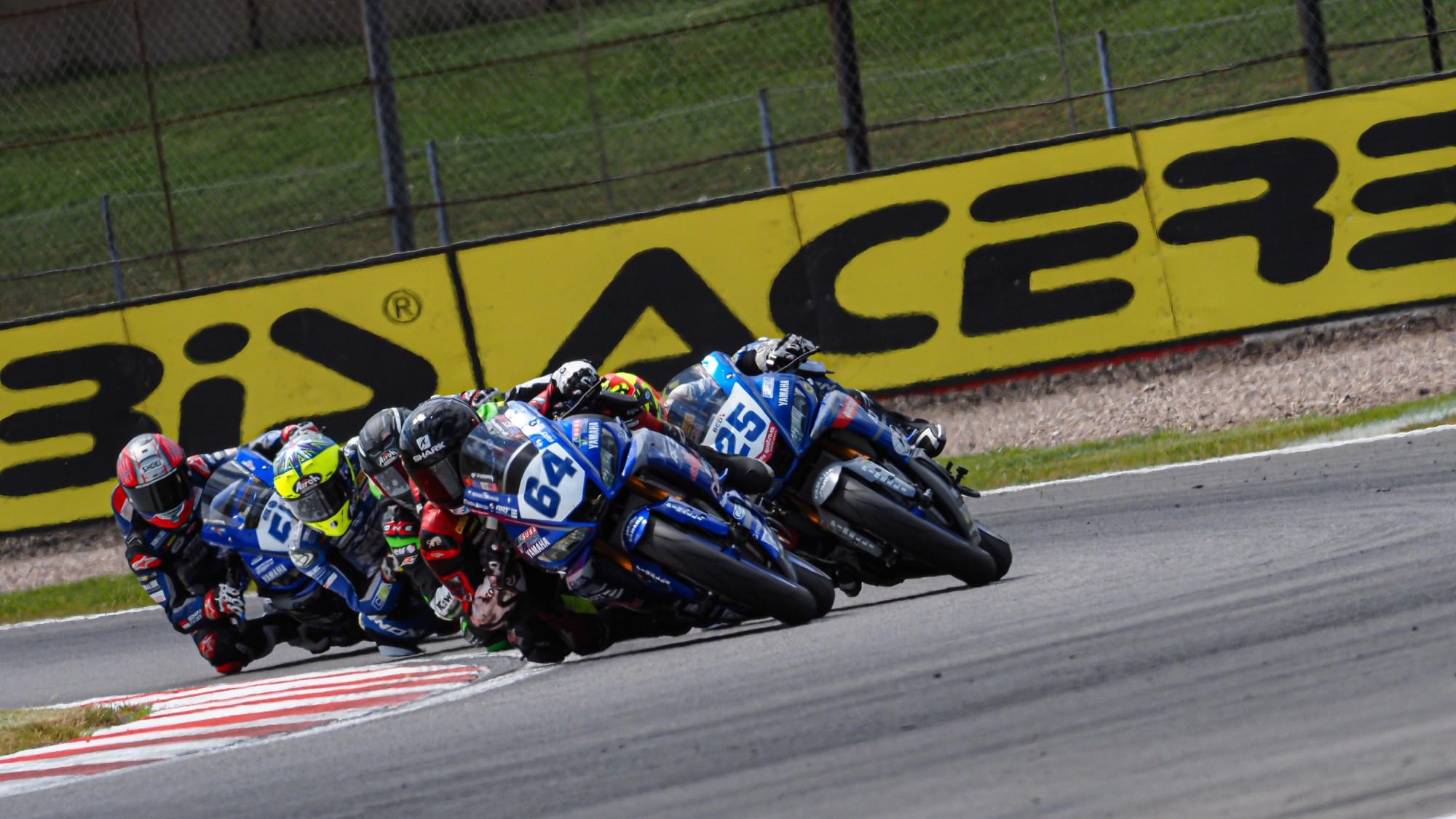 Will the ParkinGO rider leave Portugal a World Champion, or can Carrasco, Deroue or Verdoia delay the celebrations?

The FIM Supersport 300 World Championship returns with a bang from a two-month hiatus, as teenage sensation and championship leader Manuel González (Kawasaki ParkinGO Team) aims to become the first World Champion of the 2019 season at the Autodromo Internacional do Algarve. Entering the sloping Portuguese venue with a 43-point advantage over a group of three hungry rivals, the 17-year-old could make history with two races to spare.

Fine margins have continuously defined WorldSSP300. The first two editions of the series were won by a single point, with leading gaps never driven too far into double digits; race wins and podiums have been split amongst an ample group of contenders, hundredths of a second often the deciding factor. So, to return from the summer break with three races remaining on the calendar and a rider already facing a first opportunity to seal up the title race is quite staggering.

And still, him succeeding is not just mathematically possible but well within the realms of probability, such has been his ruthless form this year. González needs to outscore his three closest rivals – all tied on 65 points, to his 108 – by seven points. In practical terms, that means that a win for González – already the first rider to score three wins in a single WorldSSP300 season – would automatically knock two of his closest pursuers out of contention, with the other needing a second-place finish just to remain with a chance ahead of Magny-Cours.

But let’s not get ahead of ourselves, for if we’ve learnt anything this season is that no championship lead is unassailable. Everything can change on a whim while there are races to be run. Just look back at the rollercoaster that was WorldSSP300’s visit to Donington Park: González crashed and was declared unfit after Superpole, Scott Deroue (Kawasaki MOTOPORT) and Marc García (DS Junior Team) failed to qualify altogether, and Ana Carrasco (Kawasaki Provec WorldSSP300) fell inside the first lap. Result: none of the top four going into the UK scored a single point.

Admittedly, the odds are high on a repeat outcome in Portimao. Carrasco and Deroue in particular have fond memories of Portugal: the Spaniard secured a dazzling win here in 2017 – the first for a woman in a World Championship – while Deroue was victorious in 2018, his last victory in the series. Two of the strongest riders in the championship, their bid to drag the title race all the way to Qatar begins this weekend.

Joining them in the 65-pointer group and perhaps the sole frontrunner to enter the summer break with a smile on his face, what Andy Verdoïa (BCD Yamaha MS Racing) may lack in experience compared to these riders he more than makes up for in talent and tenacity, as proven by his extraordinary UK display. Forced to start from the back of the grid for a tyre pressure infringement, the 16-year-old extraordinaire seized the race lead within half a dozen laps and was only denied a maiden win by fellow Yamaha competitor Kevin Sabatucci (Team Trasimeno Yamaha).

Will we witness history be made in Portugal? The seventh race of the WorldSSP300 season kicks off at 15:15 LT (GMT +1) on Sunday, September 8th, live on WorldSBK VideoPass!