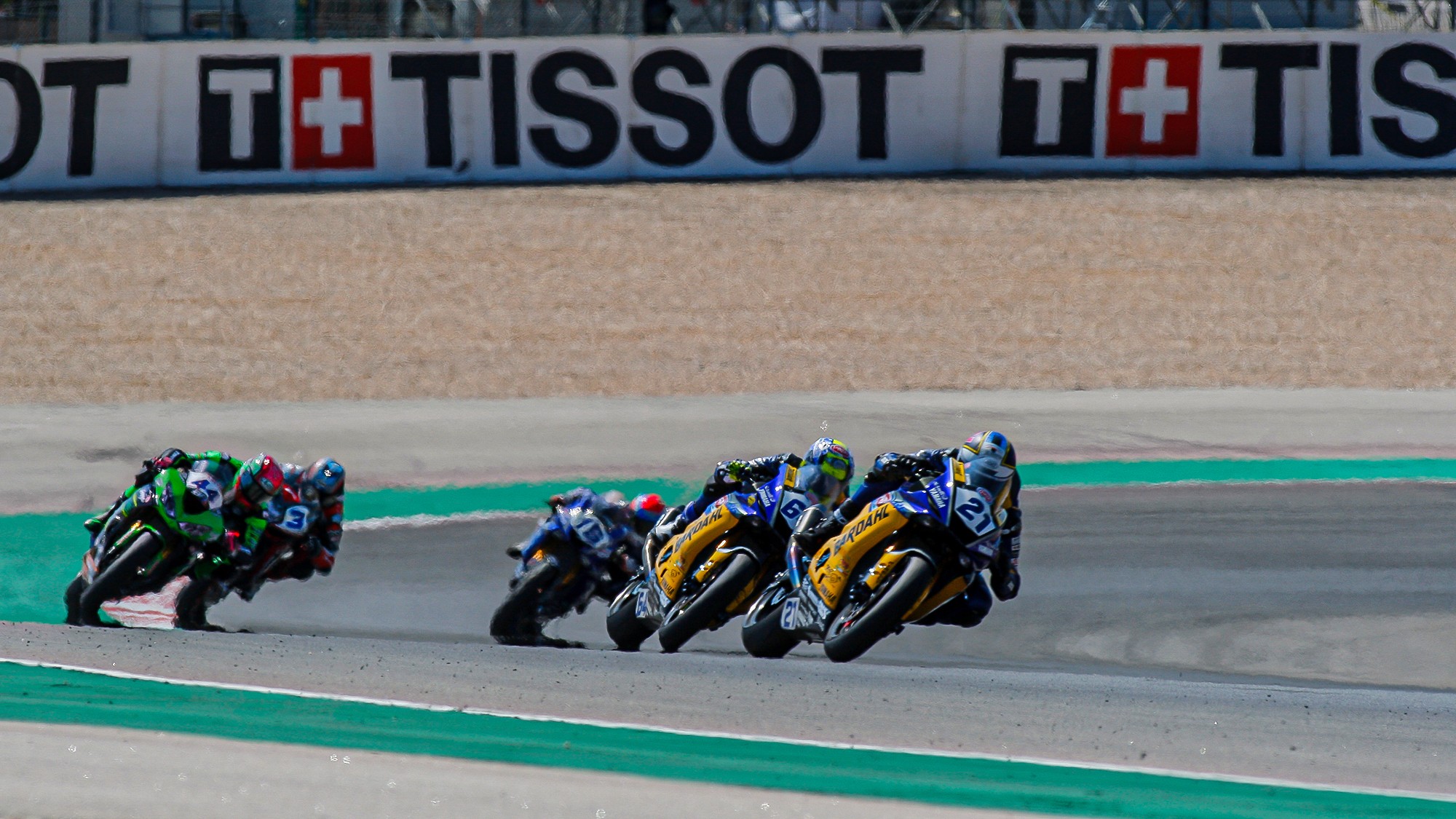 Circuit de Nevers Magny-Cours prepares to host what promises to be another exciting weekend of racing for the FIM Supersport World Championship. The 2019 season has seen WorldSSP offering incredible shows every weekend, with each lap of its races keeping the audience stuck to the screens as they wait to be treated to another thrilling and nail-biting last lap battle.

Heading to France as championship leader, Randy Krummenacher (BARDAHL Evan Bros. WorldSSP Team) knows that he has no room for mistakes in this crucial time of the year. The Swiss rider has been leading the standings from the first round of the year at Phillip Island Grand Prix Circuit till now. He missed the podium just once in the UK, and with four wins, eight podiums and three Superpoles he has used consistency as his key weapon against the opposition.

But Krummenacher is not the only rider who has taken steady steps towards the title throughout all the season. His teammate Federico Caricasulo is only 10 points behind him with three wins, nine podiums - out on nine races - and three pole positions. It was Caricasulo to win at the ACERBIS Portuguese Round, remembering to the Swiss rider that it is still not the time to lower his guard. The championship is still open, and the Pirelli French Round will be another chapter of the 2019 teammates’ battle.

At the 11 Round of the season in France, eyes won’t just be on Krummenacher and Caricasulo, as local hero Jules Cluzel (GMT94 YAMAHA) is also part of the title contention. The Frenchman is currently third in the championship standings, 48 points behind the Swiss, which means that he is potentially part of the 2019 title charge.

Cluzel will look forward to putting on a strong performance at his home round, as well as his teammate Corentin Perolari. The GMT94 YAMAHA team will line up a third bike in France, with rising French star Maximilien Bau making his second WorldSSP appearance after Magny Cours last year.

Still chasing his first win onboard the Kawasaki ZX-6R, Lucas Mahias (Kawasaki Puccetti Racing) arrives at Magny Cours after having taken his third back-to-back podium for 2019 in Portugal. The 2017 WorldSSP World Champion seems to have finally found his feet with the green machine of the Italian team, and at his home round the Frenchman will look forward to proving it again. On the other side of the Puccetti’s garage, Japanese rider Hikari Okubo will continue to aim for his first WorldSSP podium in his career.

After a promising start to their 2019 campaign, Thomas Gradinger (Kallio Racing) and Raffaele De Rosa (MV Agusta Reparto Corse) - respectively sixth and seventh in the overall standings behind the Kawasaki Puccetti Racing duo – had experienced some difficulties in the last events but they will both look forward to making a strong comeback at the front during the remainder of the season.

As the Pirelli French Round will be the last meeting to be held on European soil, we will finally know the name of the 2019 FIM Europe Supersport Cup Winner. Kyle Smith (Team Pedercini Racing) currently leads the way ten points ahead of both his rivals Michael Canducci (DK Motorsport) and Gaetan Matern (Flembbo Leader Team). With still 25 points left, the Brit will have to administrate his advantage to secure the 2019 title.

Find out who will take the next step towards the 2019 WorldSSP World Championship title at the Pirelli French Round with the WorldSBK VideoPass.