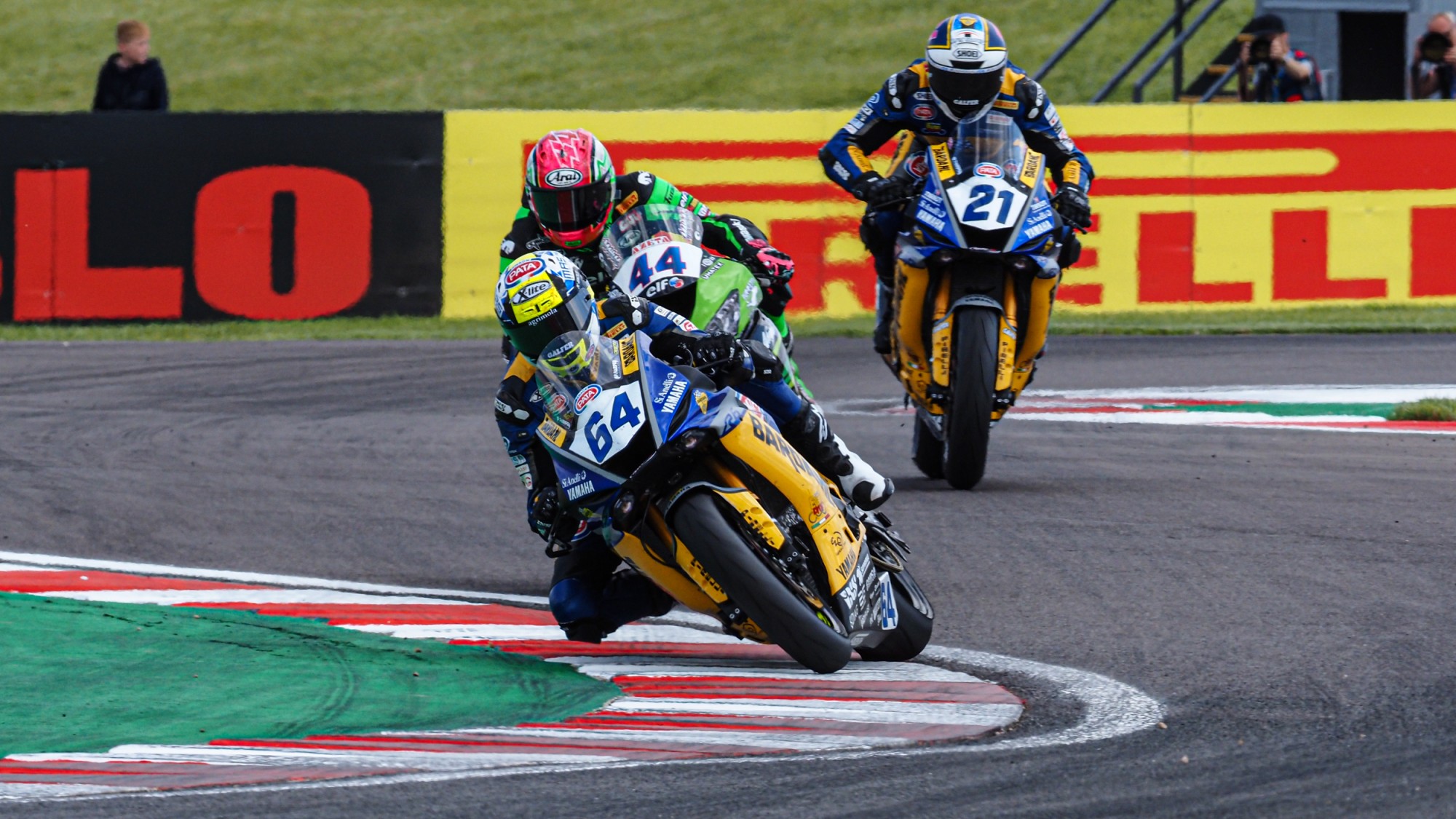 Four rounds, four races, three title contenders, one champion. Who will take another step closer to the 2019 title in Portugal?

Round 9 at Autodromo Internacional do Algarve – Portimao is set to become a crucial stage for the 2019 FIM Supersport World Championship. With just four race weekends remaining on the calendar, the battle for the championship title will reach new heights in Portugal.

Just 15 points divide championship leader Randy Krummenacher (BARDAHL Evan Bros. WorldSSP Team) from his teammate Federico Caricasulo. Also, Frenchman Jules Cluzel (GMT94 Yamaha), now third in the standings 41 points behind Krummenacher, is back in contention after the outstanding victory taken in the UK before the summer break. For the three title contenders, there is no much time left before a champion will be decided. That is why Portimao leaves no space for mistakes. But, at the same time, it is when risks should be taken in order to make the difference.

For Krummenacher the ACERBIS Portuguese Round could represent a pivotal moment to extend his championship lead. But to do so, the Swiss rider knows that he has to finish at least better than Caricasulo, that this year has always shared the podium with Krummenacher apart from Donington Park. In the UK, it was Krummenacher himself to miss his regular visit to the parc fermé for the first time in 2019. On the other hand, the Italian has an excellent chance to remount on the championship leader. At the Official Test, that took place at the same Portimao racetrack in August, Caricasulo showed off a good pace setting the fastest lap time. But, once again, Krummenacher was close behind him, as second quickest. Will we see another head-to-head battle between the BARDAHL Evan Bros. WorldSSP Team riders in Portugal?

Although the battle for the World Title remains a matter between three men, we can’t say the same for the Portuguese race trophy fight. Fresh off the back of his two consecutive podiums in Misano and Donington Park, 2017 WorldSSP World Champion Lucas Mahias (Kawasaki Puccetti Racing) looks forward to keeping on with his momentum in Portugal. The Frenchman didn’t take part in the Official test but spent two useful days working with his team in Misano during the summer break. 2018 saw Mahias taking the pole position and the victory in Portugal. Will the French rider be able to do the same this year with the Kawasaki ZX-6R of the Puccetti Team?

For the Portuguese Round, an eye should also be kept on Japanese rider Hikari Okubo (Kawasaki Puccetti Racing), and the MOTUL Dutch Round podium finisher Thomas Gradinger. The Japanese rider is still chasing his first WorldSSP podium, while the Austrian is currently sixth in the standings. Moreover, Raffaele De Rosa (MV AGUSTA Reparto Corse) and Spanish rider Isaac Viñales (Kallio Racing) both proved to be competitive with their packages around Portimao in the recent Official Test. If they can repeat the same performance over the race weekend, they won’t miss the chance to take part in the challenge.

At the ACERBIS Portuguese Round, Dani Valle is set to make his WorldSSP debut with MS Racing as a substitute rider for Maria Herrera. Apart from the regular 26 entries, local hero, Miquel Pons will make a wild card appearance onboard the Yamaha YZF R6 of H43 Team NOBBY TALASUR-BLUMAQ.

With just two rounds more for the European FIM Supersport Cup, Kyle Smith (Team Pedercini Racing) has his first chance to win the title in Portugal by extending his championship lead of at least 25 points on the second. Will the British rider will be able to celebrate in Portugal?

As usual WorldSSP action will begin on Friday with Free Practices. On Saturday the Tissot Superpole will get underway at 11:40 AM LT, deciding the starting grid for Sunday’s race due at 12:15 AM LT. Follow the living timings and get the full results on WorldSBK.com and watch all the action live or on demand with the WorldSBK VideoPass.