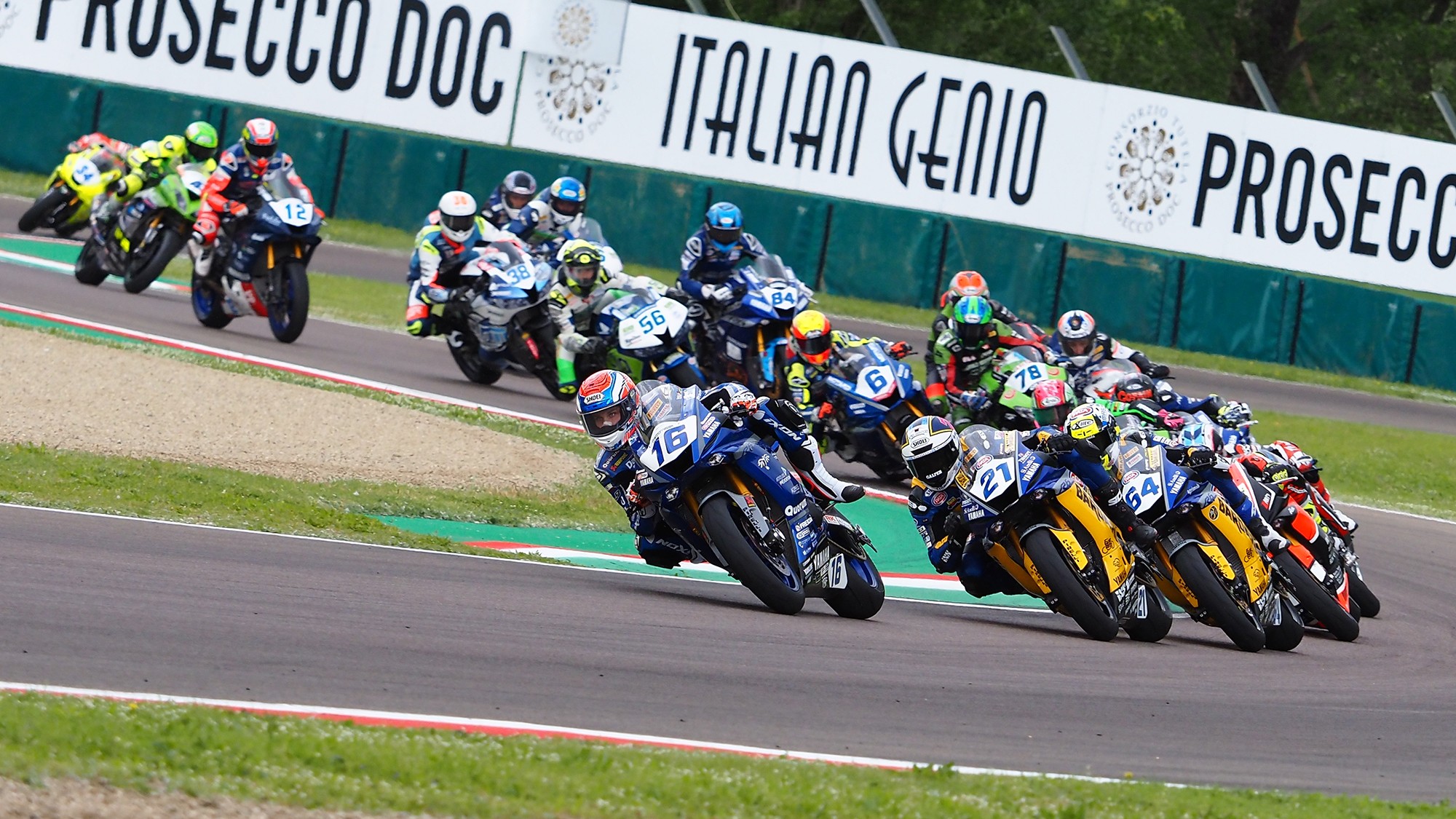 With the WorldSSP title race taking another twist and turn at Imola, who will reign in Spain?

After a dramatic Pirelli Italian Round, the WorldSSP championship heads to sunny Spain and the Circuito de Jerez – Angel Nieto, just outside of Jerez de la Frontera. Championship leader Randy Krummenacher (BARDAHL Evan Bros. WorldSSP Team) heads his teammate, Federico Caricasulo, by 22 points and will be eager to build on his gap. However, could the challenge come from elsewhere at the Acerbis Spanish Round?

Randy Krummenacher’s season has been nothing short of superb, having achieved three wins and two second places, firmly establishing himself at the forefront of the WorldSSP field. The Swiss rider heads to Jerez and a circuit at which he has never scored points at since his arrival into the WorldSBK and WorldSSP paddocks. Should he achieve another victory, the 29-year-old will have taken back-to-back wins at the third time of asking; something that Switzerland has never achieved in WorldSSP.

Whilst Krummenacher has been on the podium, his teammate, Federico Caricasulo has shadowed him every step of the way, also taking five podiums from five races. The Italian, who was robbed of a possible victory by a technical issue on the final lap at Imola, will hope to strike back at Jerez. The last time WorldSSP came to Jerez, Caricasulo was the winner, starting from pole and achieving the fastest lap. Could Jerez be the turning point for the 23-year-old?

What looked like a promising Imola ended in a bit of a disappointment for Jules Cluzel (GMT94 YAMAHA), as the Frenchman took his worst result of the season after leading in the early laps. Caught up in an accident with fellow Frenchman Lucas Mahias (Kawasaki Puccetti Racing) and Thomas Gradinger (Kallio Racing), Cluzel managed a seventh place but lost touch in the title race. He’s now 37 points adrift of the lead but comes to Jerez, where has was second in 2017. Can he go one better in 2019?

It was a splendid Imola weekend for Hikari Okubo (Kawasaki Puccetti Racing), who took a career-best result in WorldSSP. Now, heading to Jerez, Okubo wants to build on his strong season, having yet to finish outside of the top eight in 2019. He will also be eager to end the nation’s podium drought, with the last Japanese rider mounting the podium being Katsuaki Fujiwara at Silverstone in 2007. Can Okubo impress at a circuit where his best result is 13th?

Raffaele De Rosa (MV AGUSTA Reparto Corse) was back at the sharp end in Italy, taking a home podium at Imola to elevate him back to fifth in the overall standings. De Rosa will be looking for his first back-to-back podiums in almost a season, the Italian will look hope to achieve a good result at a circuit which he knows well. However, this will be his first time at Jerez on a WorldSSP machine, which promises excitement as he seeks a return to the podium.

Placed sixth in the championship, Thomas Gradinger endured more bad luck in Imola, suffering his second retirement which was no fault of his own. Still, on his day, the Austrian rider is fighting hard at the front of the field and will be desperate to get back on the podium for the second time. However, Jerez is a new circuit for the Kallio Racing rider to undertake, making Free Practice sessions very important if he wants a top result.

Watch out for Lucas Mahias at Jerez, as he looks like his 2017 WorldSSP Championship winning self. Isaac Viñales (Kallio Racing) is hoping for a good homecoming, whilst Ayrton Badovini (Team Pedercini Racing) and Peter Sebestyen (CIA Landlord Insurance Honda) will both want to return to the top ten for a second consecutive round.

Follow the WorldSSP action from the Acerbis Spanish Round with the WorldSBK VideoPass!