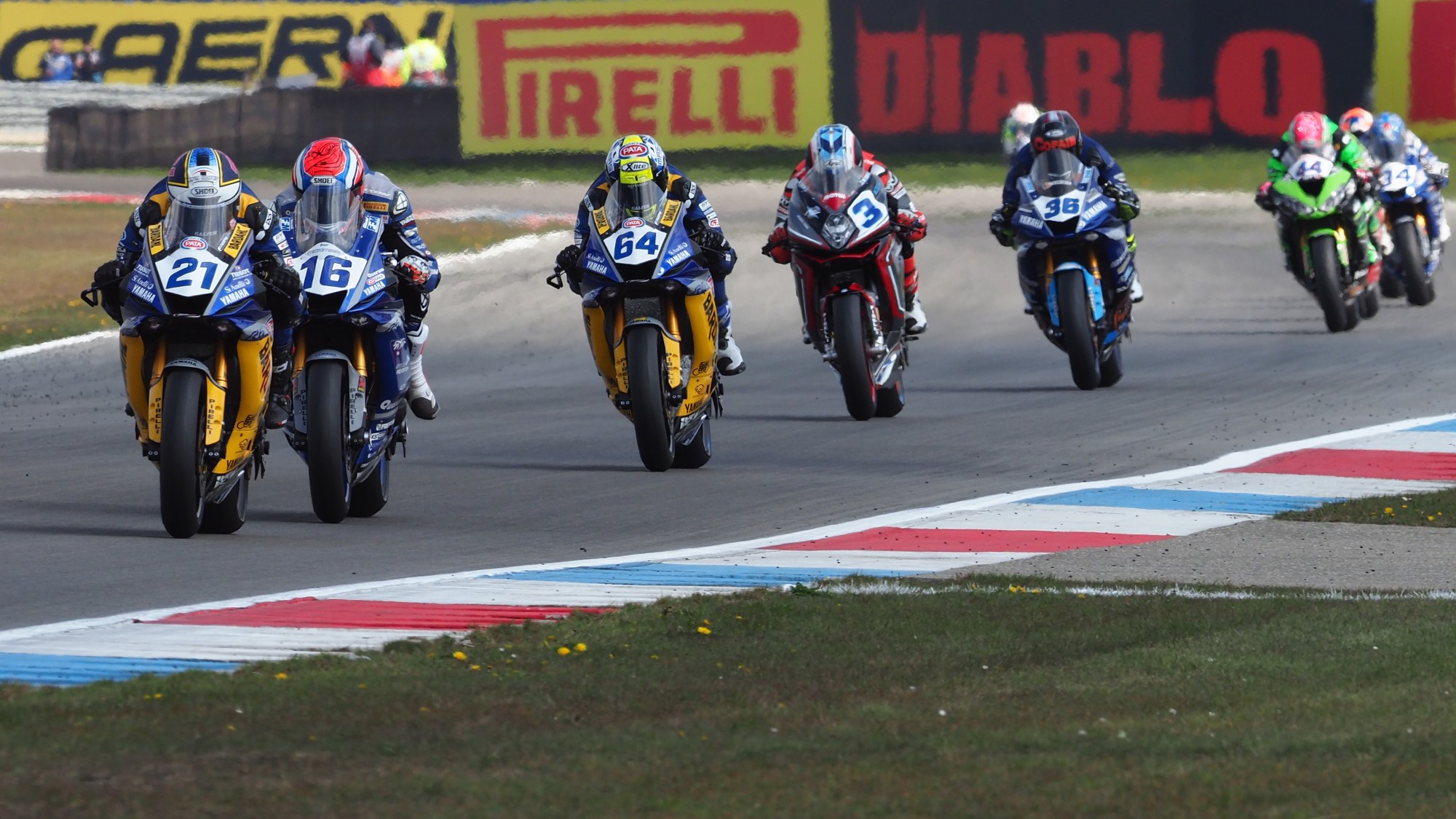 The World Supersport Championship is providing exciting, close-quarter racing in 2019, with the last two races (MotorLand Aragon and TT Circuit Assen) going down to the last lap in dramatic fashion. Now, the championships heads to the first of two rounds in Italy, at the Autodromo Internazionale Enzo e Dino Ferrari circuit – or simply Imola. A historic circuit which has hosted many battles across all classes of racing promises to be no exception to the WorldSSP riders this weekend.

Heading into the fifth round of the WorldSSP Championship at the front of the field, Randy Krummenacher (BARDAHL Evan Bros. WorldSSP Team) will be eager to continue his fantastic podium streak. Yet to finish below second position, the Swiss star has a 17-point advantage ahead of his rivals but heads to a circuit at which he only has one fifth-place finish at. However, the metronomically consistent Krummenacher will hope to become the first ever Swiss WorldSSP winner in Italy.

Krummenacher’s teammate and TT Circuit Assen victor Federico Caricasulo (BARDAHL Evan Bros. WorldSSP Team) is second in the championship. The 23-year-old Italian has been on the podium in every race this season, with three third-places and a win last time out. Caricasulo now heads to Imola, a circuit at which he was a strong second at last year. Aiming to go one better, Caricasulo hopes to become the first same back-to-back Italian winner in WorldSSP races since Luca Scassa in 2011, at Phillip Island and Donington Park.

Jules Cluzel (GMT94 YAMAHA) is third in the championship standings, 31 points adrift of Randy Krummenacher. The French rider is yet to mount the podium in Europe this season, although he was in the thick of the action during the Motul Dutch Round, placing fourth and fractionally behind the podium places. Cluzel was also the winner of the WorldSSP race at Imola in 2018, making him one of the favourites ahead of the weekend this year.

Making history at the TT Circuit Assen, Thomas Gradinger (Kallio Racing) became the first Austrian rider in the history of WorldSSP to get on the podium. Following on from his first pole at MotorLand Aragon and his first podium at Assen, does a first win lie ahead for the Austrian ace? Gradinger now heads to Imola – a circuit at which he had his second-worst result at in 2018. However, with Gradinger’s noticeable improvements in 2019, he may well be a force to be reckoned with come Sunday.

Another stand-out performer in 2019 has been Japanese rider, Hikari Okubo (Kawasaki Puccetti Racing). Having made a considerable step forward with the Kawasaki ZX-6R, which has yielded four consecutive top eight finishes with a best of sixth, Okubo has been in close contention with the leading group in the opening portion of the year. In the last two seasons, Okubo has been firmly placed in the top ten at Imola, so a return to the top six will be his aim this weekend.

Completing the top six in the championship is Corentin Perolari (GMT94 YAMAHA), who has been making small improvements in the European stint of the season. With two sixth-places in the last two races making for his best results of the season, Perolari heads to a circuit which is completely new to him, and with the challenges Imola propose, it may be a learning weekend for him. Can Perolari continue his fine form and remain in the top six in the championship?

Other riders to keep a look out for are Lucas Mahias (Kawasaki Puccetti Racing), who was back in the leading group at Assen. Raffaele De Rosa (MV AGUSTA Reparto Corse) heads home and will look to redeem himself after a crash out of the leading group in The Netherlands. Hannes Soomer (MPM WILSport Racedays) made a good step forwards at Assen and will hope to build on that at Imola.

Watch all of the action from the Pirelli Italian Round with the WorldSBK VideoPass!