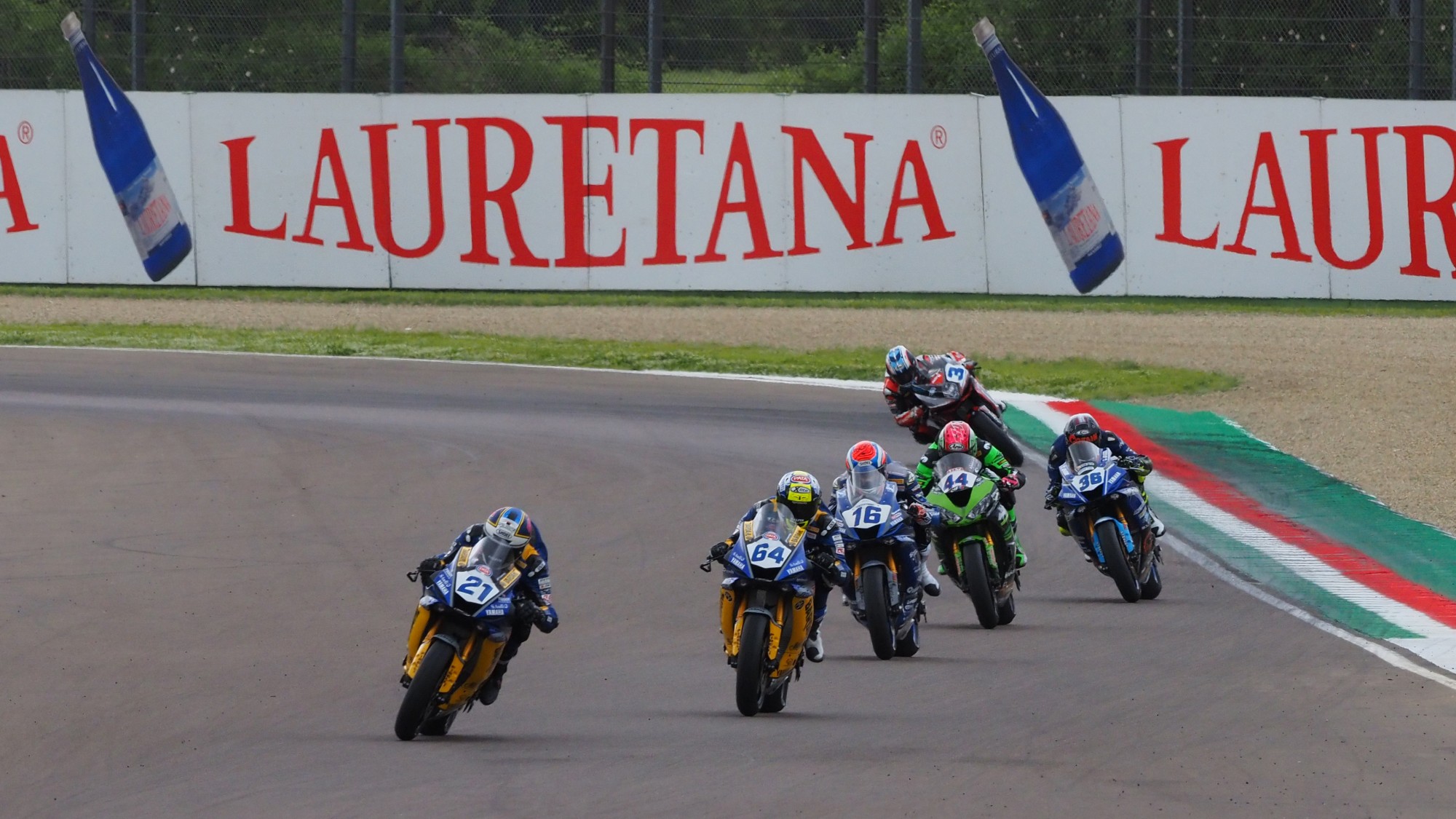 A thrilling season has seen last lap battles, broken records and spectacular rivalries. With the championship getting closer, each round has had its own highlight!

It has been yet another vintage season of World Supersport action, with big battles and fierce championship fighting being the highlights of an electrifying year. With youthful exuberance and seasoned veterans, the championship has been somewhat of a melting pot for thrilling, edge-of-your-seat action. Randy Krummenacher (BARDAHL Evan Bros. WorldSSP Team) and teammate Federico Caricasulo have dueled all season and now, the gap is the closest it has been since the opening round. But which way will the WorldSSP pendulum swing next?

Starting in Australia, the two teammates were set for their first duel of the 2019 campaign before a rear-jack was left on his bike in the mandatory pit-stops, leaving Krummenacher to escape and Jules Cluzel (GMT94 YAMAHA) to take second, whilst Caricasulo could only manage third place – so far, this position has been his worst result of the year.

Moving on to Thailand and the Chang International Circuit in Buriram, it was more drama as Jules Cluzel took a convincing victory, ahead of Krummenacher and Caricasulo, whilst Isaac Vinales (Kallio Racing) showed signs of promise to take a fourth place. Leaving the round, it was all even at the head of the field, with Cluzel and Krummenacher leading on 45 points each, some 13 ahead of Caricasulo in third.

The first European round of the season beckoned and history was made in the Tissot Superpole on Saturday, as Thomas Gradinger (Kallio Racing) gave Austria its first ever pole position in WorldSSP. In the race and it looked like he may well go on to give the nation its first ever win, but it wasn’t to be. Being duffed up with a couple of laps left, the race itself would go down to the final corner between Raffaele De Rosa (MV AGUSTA Reparto Corse) and Randy Krummenacher. The Swiss rider denied De Rosa a first WorldSSP win, whilst Caricasulo was third… again. The Italian was second in the championship but 22 points behind his teammate.

The legendary TT Circuit at Assen beckoned a week later and not even the snow could stop a determined Federico Caricasulo taking his first win of the 2019 World Supersport season. Beating Krummenacher with a brave pass at Turn 8, Caricasulo scarpered and took his first win of the year, ahead of his teammate and Thomas Gradinger, who gave Austria their first podium just a week on from their first pole. Meanwhile, it was a round that started Kawasaki’s resurgence towards the front of WorldSSP, with Lucas Mahias (Kawasaki Puccetti Racing) taking his first top five of the year.

Heading into Imola, Caricasulo carried the momentum forward from his first win, but Krummenacher wasn’t about to hand the Italian a home victory in front of his legions of fans. Caricasulo began to suffer an intermittent technical problem on the final lap, allowing Krummenacher to come through and pip the Italian to the line. It was another strong round for Lucas Mahias, but he was caught up in a mid-race accident with Jules Cluzel and Thomas Gradinger.

The next round at Jerez was a dramatic one, with the championship momentum swinging back in favour of Caricasulo, as the Italian picked himself up after his first home defeat. It was more of the same from previous rounds, with all riders going head-to-head once again for WorldSSP supremacy. With just over a lap to go, Caricasulo hit the front and returned to winning ways, with Krummenacher second once more, whilst Jules Cluzel took his first podium since Thailand in third.

Not wanting to be beaten at home again, a majestic Misano World Circuit “Marco Simoncelli” proved to host one of the fiercest battles of the season so far. Giving Kawasaki their first pole position in nearly two years, Lucas Mahias made his own bit of history on Saturday. However, on Sunday, Krummenacher and Caricasulo battled again and on the final lap, they even collided. In a frantic final three turns where the Swiss barged the home hero out of the way before blocking him at the final corner, it went down to the run to the line, where Krummenacher prevailed again. Caricasulo was second but Mahias returned to the podium for the first time in 2019.

The final round before the summer break was a pivotal one in the title race at Donington Park. Starting from outside of the top ten, Krummenacher had work to do in order to catch up with the leading group. Jules Cluzel was unstoppable however and despite Federico Caricasulo trying to get ahead with two corners to go, the Frenchman took the win. Randy Krummenacher had made it up to fourth, but a resilient Lucas Mahias wouldn’t cave-in to his onslaught; Krummenacher was off the podium for the first time in 2019.

Most recently, it has been the Acerbis Portuguese Round, where timing proved to be everything. Krummenacher and Caricasulo were joined by Mahias at the very front of the field, whilst Cluzel and Raffaele De Rosa were in behind. hit the front down the front straight, taking the lead back from Krummenacher. This was vital, as De Rosa suffered a technical issue that led to a red flag ending the displayed. Caricasulo pinched the win from Krummenacher which meant for the first time this race. The Italian had taken points from Krummenacher in two consecutive rounds.