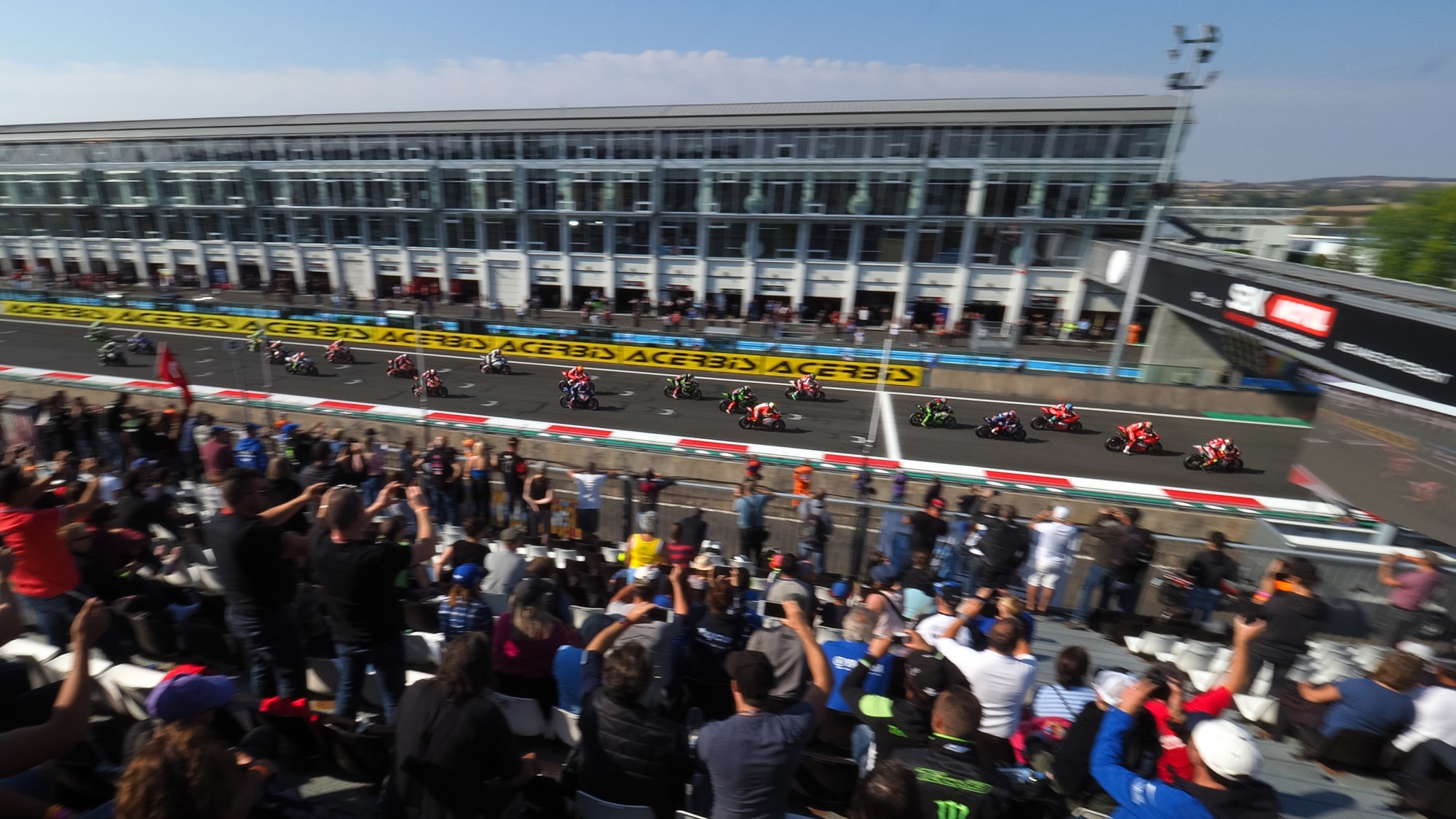 2019 will see World Superbike Championship change from four to three free practice sessions, meaning Friday will revert back to two WorldSBK Free Practices. WorldSSP on track action will remain the same, whilst WorldSSP300 will be split into two groups with two free practice sessions for each group. The final times from Friday’s sessions won’t affect qualifying positions.

Four races will be the treat on offer on Sunday, with two WorldSBK Races. The first SBK® race of the day will be an all new Sprint Race format of 10 laps (throughout duration of the season) where points will be added to the overall championship standings* and awarded in the Tissot Superpole Race as follows: 12/9/7/6/5/4/3/2/1. There will be no change for Race One and Two where point system remains unchanged and awarded to the first fifteen riders as followed: 25/20/16/13/11/10/9/8/7/6/5/4/3/2/1.

The second race on Sunday for WorldSBK will be the traditional format. The grid for this race will be determined from the first nine positions in the Tissot Superpole Race, and the grid from 10th onwards will be the positions from Tissot Superpole. Offering three races with different formats will give the teams opportunities to work on different strategies for each race throughout the weekend and will offer even more exciting races for fans and riders to enjoy. On top of this, the weekend will finish with the WorldSSP300 race, which is always a sensational fight to the finish line.

Check out the new schedule for WorldSBK, WorldSSP and WorldSSP300 in 2019 here!

Keep up with all the new regulations and updates, and see how the new 2019 season plays out, all with the WorldSBK VideoPass.

* Results not included in statistics and historical data.