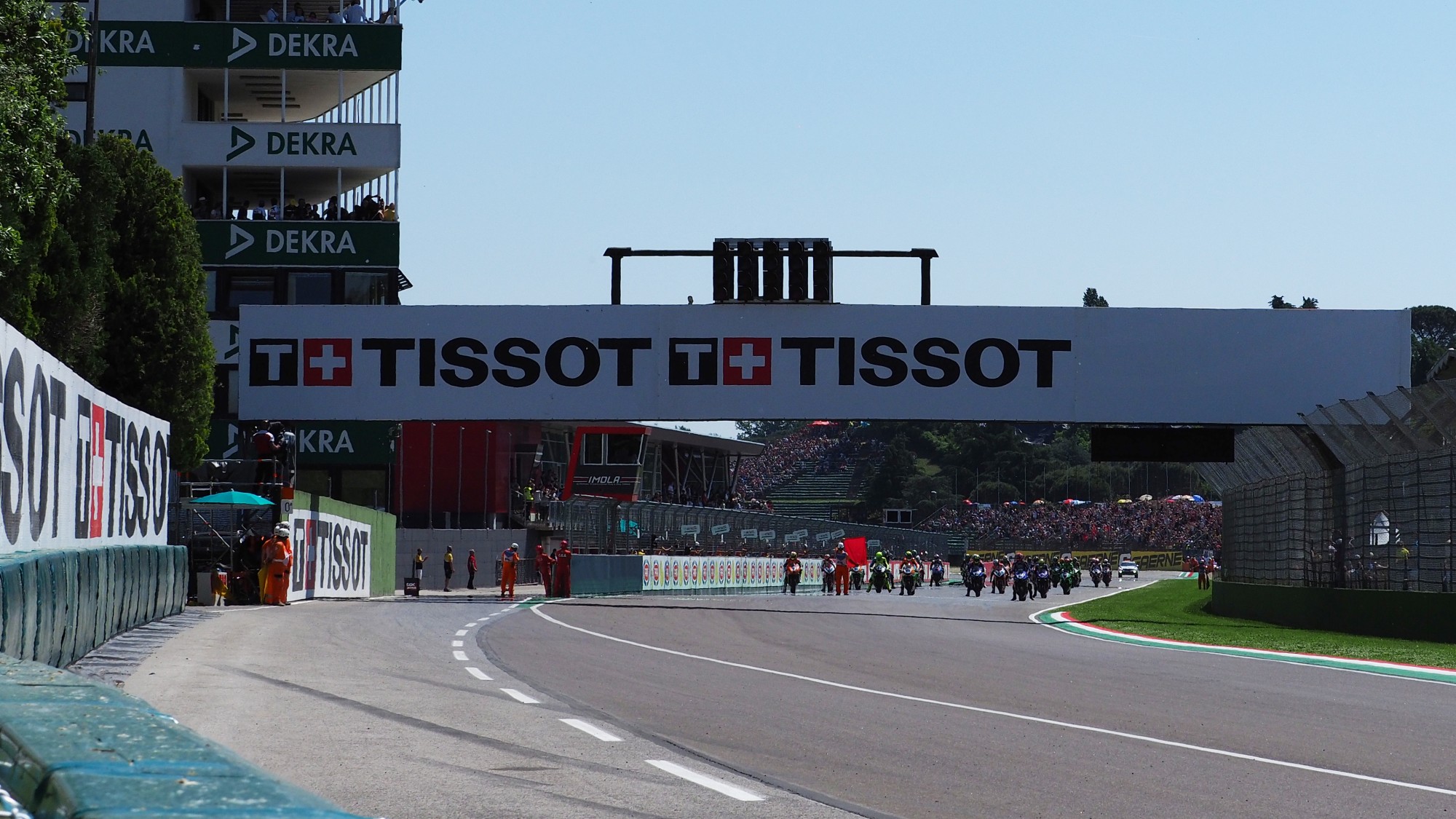 Home representation at a season-high for the Pirelli Italian Round

Nobody wants to miss out on Imola. The Autodromo Internazionale Enzo e Dino Ferrari di Imola will host one of the most electric rounds of the year, as has been the case for just about every season since the turn of the century. The stands will be packed, and the grid will be bursting at the seams in both FIM Supersport World Championships, with season-high entries for both series.

Two riders will join the 26 permanent World Supersport and ESS Cup entrants for the Pirelli Italian Round, although funnily enough one of those fresh faces will also be the most experienced person on the grid. Massimo Roccoli (Team Rosso Corsa) was a mainstay of WorldSSP from 2006 to 2013, winning a race at Misano in his debut season and scoring regular top-10 finishes across his hundred-plus participations in the middle class. The 34-year-old already wildcarded last season at Imola, securing a spot on the third row of the grid before being forced to retire early in the race.

From a veteran to a debutant: the other one-time entry for WorldSSP will be Luca Ottaviani (SGM Tecnic). The 25-year-old currently competes in the Italian Supersport championship and has shared a grid with several WorldSSP regulars back at home, including Motul Dutch Round winner Federico Caricasulo (BARDAHL Evan Bros. WorldSSP Team).

Moving over to WorldSSP300, the exciting feeder series will boast an extra five riders at the bending Italian track, all of them more than capable of qualifying for Sunday’s grid. Giacomo Mora (AG Motorsport Italia Yamaha) and Matteo Berte (ProGP Racing) will occupy the two wildcard seats for their home round, while Emanuele Vocino (2R Racing Team), Lee Doti (A.S.D. Team Runner Bike) and Gianluca Sconza (AG Motorsport Italia Yamaha) will also compete as One Event riders.

Seven riders plus WorldSBK wildcard Lorenzo Zanetti (Motocorsa Racing), all set to shock the regulars! How will they fare around Imola? Watch all the action from the Pirelli Italian Round thanks to WorldSBK VideoPass!