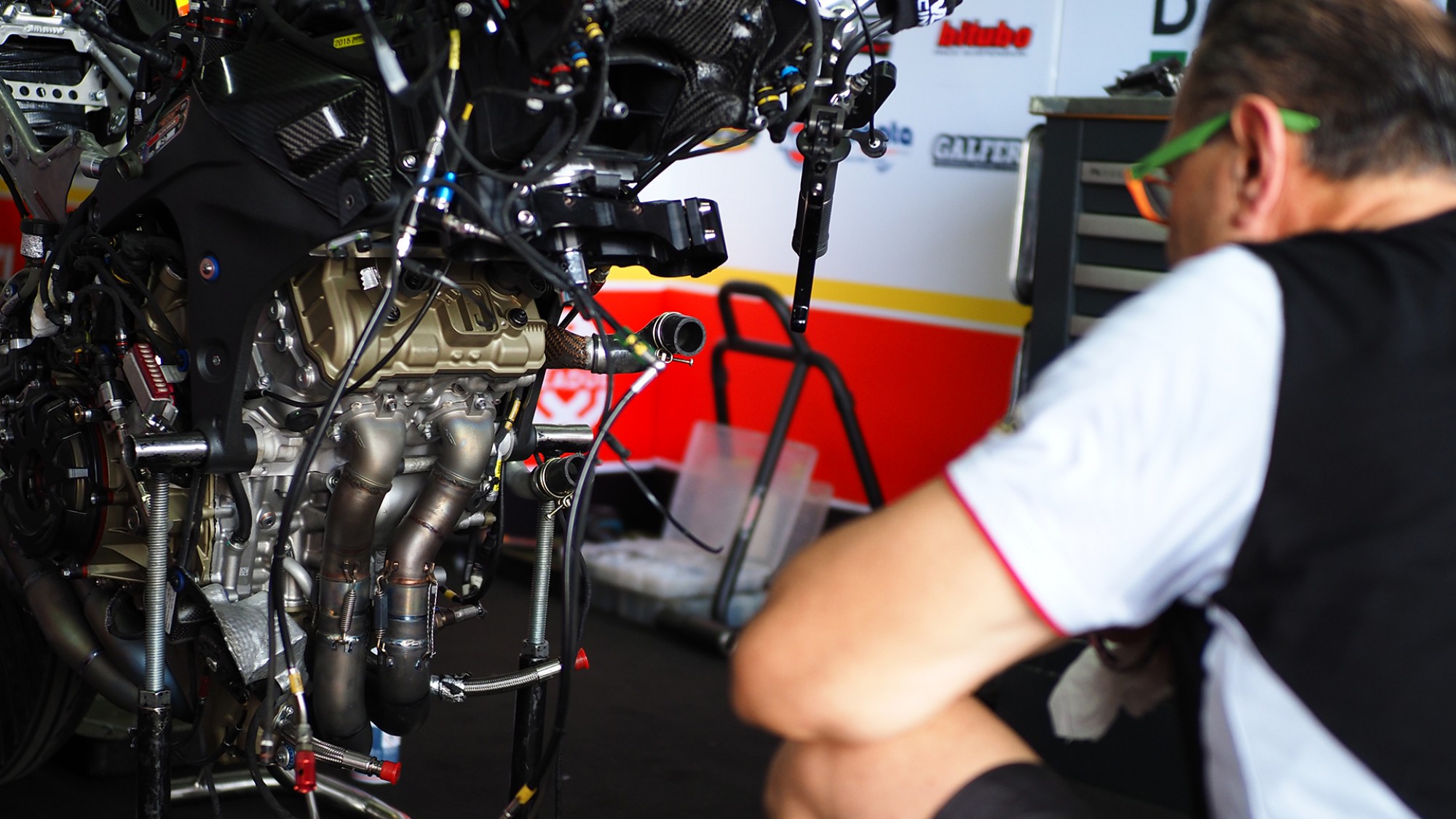 The 2019 World Superbike season has seen action and drama all the way through the year, but how many engines are remaining for the main riders?

With the 2019 MOTUL FIM Superbike World Championship continuing to race on, engine usage becomes more and more important to monitor. Long straights at all remaining circuits are bound to bring added stress to the WorldSBK engines, making for an intriguing end to the WorldSBK season this Year.

Starting with the Kawasaki Racing Team WorldSBK, Jonathan Rea is currently on his fifth engine, with one being unsealed whilst four are in use. Two fresh engines remaining for the remainder of the season, Rea will have to make them last six races each. Teammate Leon Haslam has five engines in use and intriguingly, has not had any of his engines unsealed – one of just four riders to have five engines in use and two remaining to utilise.

34-year-old Alvaro Bautista (ARUBA.IT Racing – Ducati) has the same as Leon Haslam, with five engines in use and two remaining fresh engines to use up. That could prove pivotal at the vast straights of Portimao, Circuito San Juan and Losail. Chaz Davies – Bautista’s teammate – has activated six engines in the 2019 season, with five in use and one unsealed. That leaves just one fresh engine for the last four rounds.

The Pata Yamaha WorldSBK Team duo of Alex Lowes and Michael van der Mark have both activated five engines and not unsealed any, meaning that they have two fresh engines for the remaining four rounds. This could play in their strength for strong finishes to the season, whilst keeping the battle for third in the championship unpredictable at the same time.

The BMW Motorrad WorldSBK Team have used six engines so far with both riders, with one being unsealed within that. This leaves both riders just one fresh engine for the rest of the 2019 season, something that may be of a concern given the engine problems the German manufacturer has suffered so far in their comeback season as a factory effort.

In terms of Independent riders, Toprak Razgatlioglu (Turkish Puccetti Racing), Jordi Torres (Team Pedercini Racing) and Marco Melandri (GRT Yamaha WorldSBK) have the best records, with three in use and two unsealed each. This leaves them all two fresh engines for the rest of the season. The worst case is for Michael Ruben Rinaldi (BARNI Racing Team), who has two fresh engines remaining but only two engines in use – having had three engines unsealed.

Follow the intriguing end to a blockbuster of a WorldSBK season with the WorldSBK VideoPass!