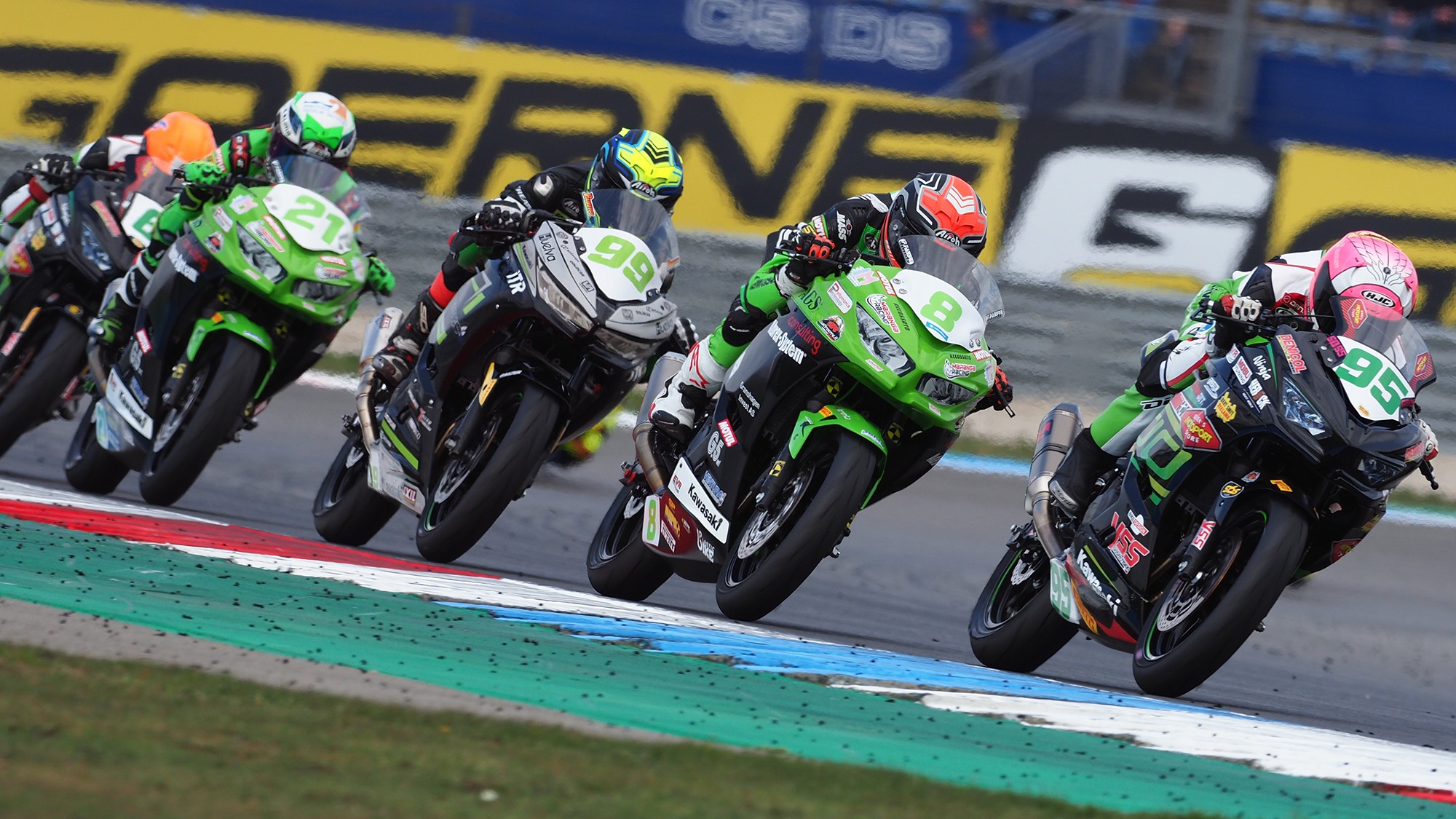 As if one race wasn’t crazy enough, the WorldSSP300 field have two races to contend with across the Acerbis Spanish Round weekend!

The WorldSSP300 Championship will be the busiest it has ever been, with two action-packed races on the horizon at the Circuito de Jerez – Angel Nieto. It will be a thrilling weekend, with two races meaning that stakes are very high, and riders will need to capitalise on the Free Practice sessions for optimum race pace. Heading the championship standings with a perfect 50 points, Manuel Gonzalez (Kawasaki ParkinGO Team) will hope to retain his advantage.

Two wins from two races, Manuel Gonzalez has battled hard to take his first career victories. The Spaniard, who heads to his second home event of the season, will be eager to put on a strong show in front of his home crowd. The 16-year-old, from Madrid, wildcarded at Jerez back in 2017 and finished 34th, although he will be sure to improve on that this weekend, in order to remain at the front of the championship battle.

Veteran WorldSSP300 rider and three-time race winner Scott Deroue (Kawasaki MOTOPORT) knows better than anyone that this is the perfect opportunity to take points off Gonzalez. Finishing second at Jerez back in 2017, the Dutchman will hope to capitalise on Gonzalez’s relative inexperience at the circuit at WorldSSP300 level. Can Deroue halt Gonzalez’s charge in 2019?

Just a few points back from Deroue, Hugo De Cancellis (Team Trasimeno Yamaha) has made a strong start to his 2019 campaign. The French rider, who has taken one podium in 2019, will take heart from the fact that his consistency has put him in the championship fight. In the first two seasons of WorldSSP300 action, the eventual champion has never won in the opening two rounds of the season. Will De Cancellis start winning at Jerez?

It is a fourth different nationality lying in fourth in the championship, with Jan-Ole Jahnig (Freudenberg KTM Junior Team) sitting on 29 points, some 21 behind Gonzalez. The German rider was fourth at MotorLand Aragon and third at TT Circuit Assen, highlighting his progression as the season unfolds. The 18-year-old made one appearance at Jerez in 2017 but wasn’t classified. Will he be a race win challenger?

Completing the top five is Omar Bonoli (Team Trasimeno Yamaha), who has shown flashes of brilliance in his young WorldSSP300 career. A seventh place at MotorLand Aragon was followed up by a sixth-place finish and a fastest lap at Assen, meaning the progress is certainly showing for Bonoli. The 17-year-old Italian will look to make up for lost points at Imola with two strong races at Jerez, a circuit which is new to him, despite not being classified in 2017.

There are plenty of other names to keep an eye on, with Galang Hendra Pratama (Semakin Di Depan Biblion Motoxracing) being the last – and so-far only – winner in the class at Jerez. Former Jerez WorldSSP300 pole-sitter Marc Garcia (DS Junior Team) will want to return to the front, whilst reigning champion Ana Carrasco (Kawasaki Provec WorldSSP300) will seek to improve on her 11th place championship position. Andy Verdoia (BCD Yamaha MS Racing) will be another rider in the mix, having completed the seventh addition of the VR46 Master Camp.

Watch the frenetic action of WorldSSP300 and plenty more from the Acerbis Spanish Round with the WorldSBK VideoPass!