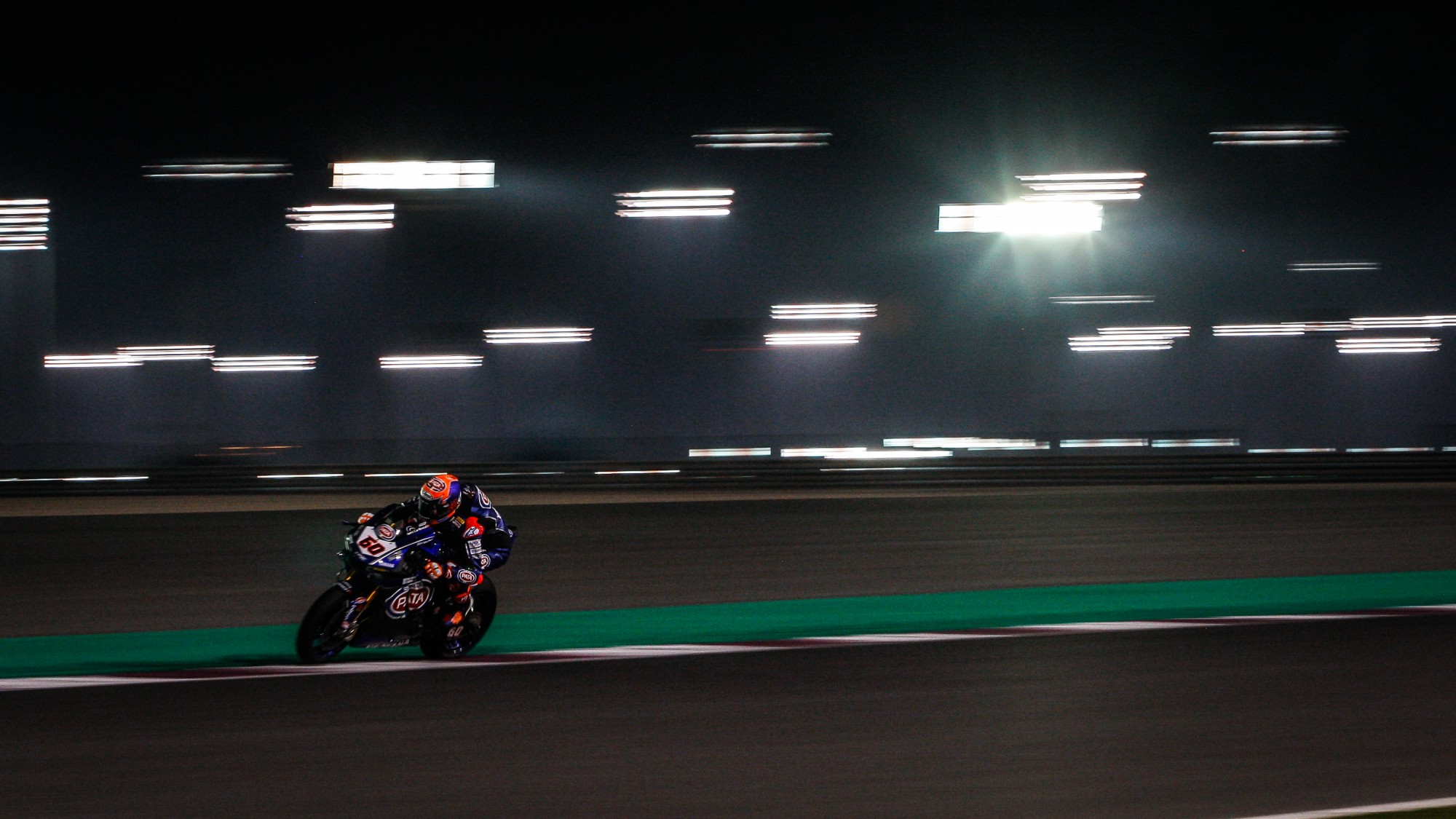 The scrap for third in the standings is looking set to go right to the wire. Commentator Steve English assess the three riders battling it out at Losail.

Under the floodlights of the Losail International Circuit Alex Lowes (Pata Yamaha WorldSBK Team), teammate Michael van der Mark and 23-year-old sensation Toprak Razgatlioglu (Turkish Puccetti Racing) will be fighting it out for third in the WorldSBK Championship. The three riders have plenty to play for in the Qatari desert with only six points separating them as they enter the final weekend of the season.

An ex-rider said to me in Argentina, “every rider has a bonus in their contract tied to finishing third in the championship. That’ll give it an extra edge this weekend!” Finding that bit more motivation to train harder through the last two weeks wouldn’t have been a challenge.

After Argentina Lowes admitted that “everything we do between now and Qatar is about being in a position to the beat the other guys. We’ll all train hard, we’ll be thinking about Qatar and working towards it. The three of us should be strong there and it’s a great fight. I’m looking forward to it!”

So, he should look forward to it. A three-way ‘winner takes all’ awaits in Qatar. Whoever finishes the year with a bronze medal will have earned it. All three have had their ups and downs and can point to various moments through the season that have cost them points.

For Lowes it was the Jerez weekend. A crash with his soon to be Kawasaki teammate, Jonathan Rea, in Race 1 set him into a spiral. Lowes has since admitted that this is the one round of the season that he regrets. Knowing that he has been consistent all year, he also reflected on Jerez as a weekend that he needs to learn from. One bad result shouldn’t impact him as much in the future. As well as Jerez, Lowes was also unfortunate to have a bad stomach virus in Imola that left him drained of energy.

For his teammate, Michael van der Mark, the same can be said. The Dutchman has been as amazing as ever on occasion this year but a fractured wrist at Misano cost him the Italian weekend and then left him under par for the following two rounds at Donington Park and the physically demanding Laguna Seca. If he can hit the ground running in Qatar, he’ll be confident of adding to a healthy podium haul in 2019.

The margin between the two Yamaha riders has been so slender all year and throughout their tenure. Both riders are confident that in Qatar that the R1 will be strong. It’s at its best in faster corners leading onto straights rather than what we saw in San Juan. If they’re both strong they’ll feel podiums are the target and maybe even a win.

For Razgatlioglu, the season has been a revelation. He has been incredible since Misano as a regular front-runner and now race winner. The Turkish star is in his second year on a Kawasaki and has shown poise and pace throughout the last number of rounds. Three podiums in Argentina confirmed his form and it’s only the early season blips that have held him back. Thailand in particular was a tough weekend at the office for the Puccetti rider but since Imola, he’s been on the podium at least once every weekend. With Razgatlioglu replacing Lowes at Yamaha next year, there’s an added spice to this scrap.

Who’ll come out on top? That’s going to be hugely interesting. The Kawasaki and the Yamaha should be closely matched this weekend. Will Alvaro Bautista (ARUBA.IT Racing – Ducati) be able to utilise the advantage of the Ducati and be out of reach or will he struggle to make it work in the slower sections of the track? If the Spaniard is involved in the scrap on the track, he could play a very important role in settling the fight for third by taking points of Lowes, van der Mark or Razgatlioglu. It’s going to be as intriguing as it will be hard fought.

Qatar might be the last round of the year, but the season will draw to a close with this trio of challengers battling it out until the flag on Saturday evening.

Watch the Motul Qatar Round unfold with every twist and turn with the WorldSBK VideoPass!