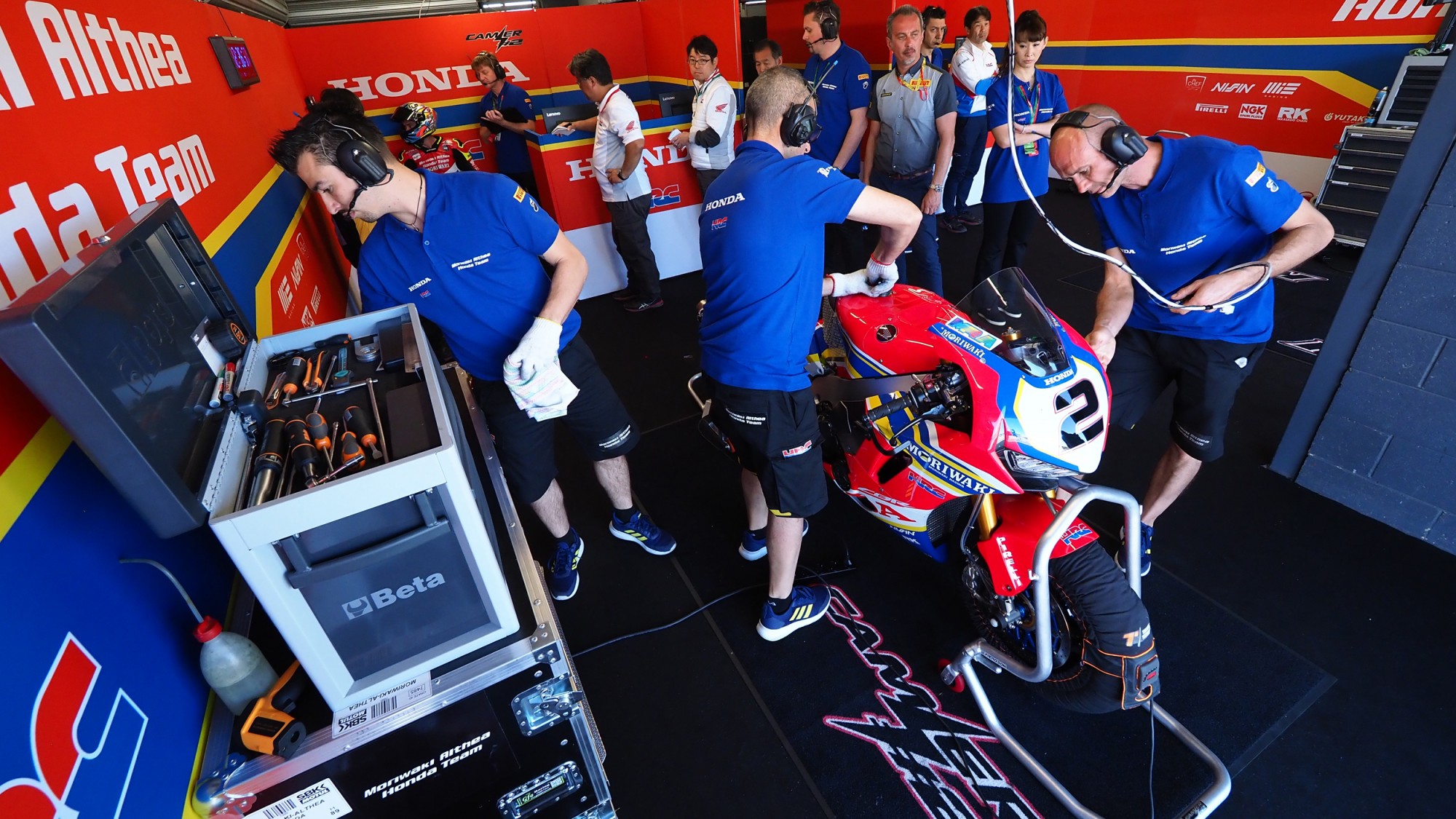 Find out who has been the most successful manufacturer in Imola, and who have been struggling at the Italian race track in the past

Despite having to concede two wins to Kawasaki last year, Ducati is still the most successful manufacturer around their home track. They won here 17 times, more than all their rivals combined (14 Honda 7; Kawasaki 6; Aprilia 1). Their podium tally in Imola is equally impressive; 40, exactly the double of their closest competitor, Kawasaki at 20. Last year, Ducati scored two podiums with Melandri 3rd in Race 1 and Davies second in Race 2. They have recorded here the same number of pole positions, eight, which is the sum of all the pole position that were took from their rivals (Kawasaki 4; Honda 3; Aprilia 1).

Honda holds the runner-up spot for race wins in Imola with seven. In the last three years, they have seen their position come under attack by Kawasaki, which now is at 6 wins, four of them scored by Jonathan Rea. Ironically, the last three wins for Honda were scored by the same Rea in 2011 Race 1 and a double in 2014. Rea is also the author of the previous four Imola podiums for Honda, from 2011 to 2014. The Japanese manufacturer amassed 13 podium finishes at the Italian track.

Last year they couldn’t rely on Leon Camier. The British rider tried to race in Imola even if still injured, but after FP2 he was forced to retire. Things got worse when his replacement rider crashed out in FP3 injuring himself. With Jake Gagne and PJ Jacobsen, there was only one-point finish in the weekend thanks to the 14th place took by Jacobsen in Race 2.
Honda recorded three pole positions here, with three different riders: Colin Edwards in 2002; Chris Vermeulen in 2005; Jonathan Rea in 2014. The last top-10 grid spot for Honda in Imola came in 2016 when the late Nicky Hayden qualified 9th.  Honda claimed their last WorldSBK fastest race lap here in 2014 with Jonathan Rea (both races).

Kawasaki is on its way up to claim the second spot for wins in Imola: they opened their account in 2013 with a double by Tom Sykes (they had never won here before), and after 2018 their tally is at six, just one shy of Honda (Ducati leads at 17). Last year Kawasaki recorded the double with Jonathan Rea.
Kawasaki recorded 20 podiums here, all by Jonathan Rea and Tom Sykes from 2012 onwards. This effort made Kawasaki the second-best team here after Ducati, which has claimed 40 podiums in Imola.

Yamaha took three podiums at the Italian track. They were all third places, scored in 2005 by Noriyuki Haga, in 2006 Race 1 by Andrew Pitt and in 2010 Race 2 by Cal Crutchlow. In the last three races run here, their best result had always been a sixth: Lowes in 2017 Race and last year in Race 2; Van der Mark last year in Race 1.
Yamaha has claimed pole in 20 different tracks in its WorldSBK history, but they are still waiting for their first one in Imola. Their best qualifying effort here is a second by Ben Spies in 2009. Their other front row grid spot in qualifying here had been a third, scored by Andrew Pitt in 2006.

BMW scored their two podium finishes at Imola in 2012, with Leon Haslam, who finished third in both races. Last year their rider, Loris Baz, was 13th and 11th after he took the 13th place in qualifying.

Find out which manufacturer will be successful this year in Imola. Don’t miss the Pirelli Italian Round thanks to the WorldSBK VideoPass.