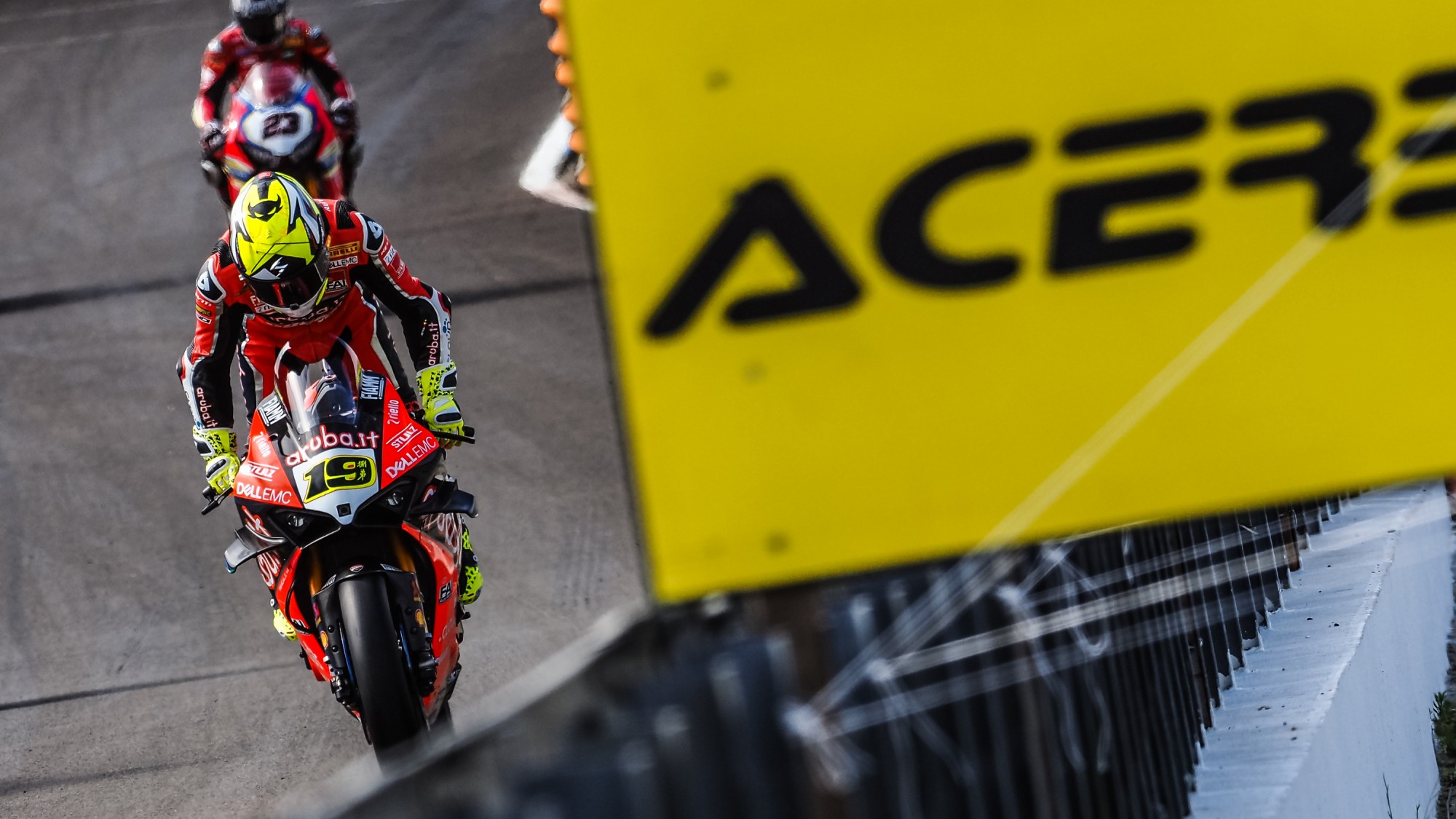 The Spanish rookie leads the championship but a battle looks in the offing this weekend!

Having dropped points at Imola, Alvaro Bautista (ARUBA.IT Racing – Ducati) was back at the head of the WorldSBK field at his second home round of the season. The Acerbis Spanish Round at Circuito de Jerez saw the championship leader set a strong pace in FP2, although it has been far from as convincing a pace as he showed in the opening rounds of the season.

With WorldSBK returning to Jerez for the first time since 2017, all WorldSBK riders had to reacquaint themselves to the layout, despite many using it as a test bed in the winter. However, a resurfaced Jerez meant that it was a much more level playing field and one that Bautista took advantage of, with a 1’39.428 being the best time of the day.

Showing strong pace and doing a race simulation in FP2, Alvaro stated: “For sure, I feel a lot better than in the last round at Imola! Especially physically, and also the track; the track for me is my home track, I know it very well and I know the references. We had some issues with the tyres in the morning but in the afternoon, we try different tyres that Pirelli brought here, and we found some positive things that maybe, we can use for the race.”

Having achieved his first ever World Championship career victory at Jerez, the circuit holds many special memories for Bautista, who arrives at the circuit for the first time in WorldSBK.

“Basically, I am very happy with today,” said Bautista. “The feeling with the bike is good and at the end, I think that our work with the tyre was really good. We will need to see for tomorrow, but for the first day, I am quite happy!”

Will we see the first head-to-head race-long duel between them? Find out with the WorldSBK VideoPass!