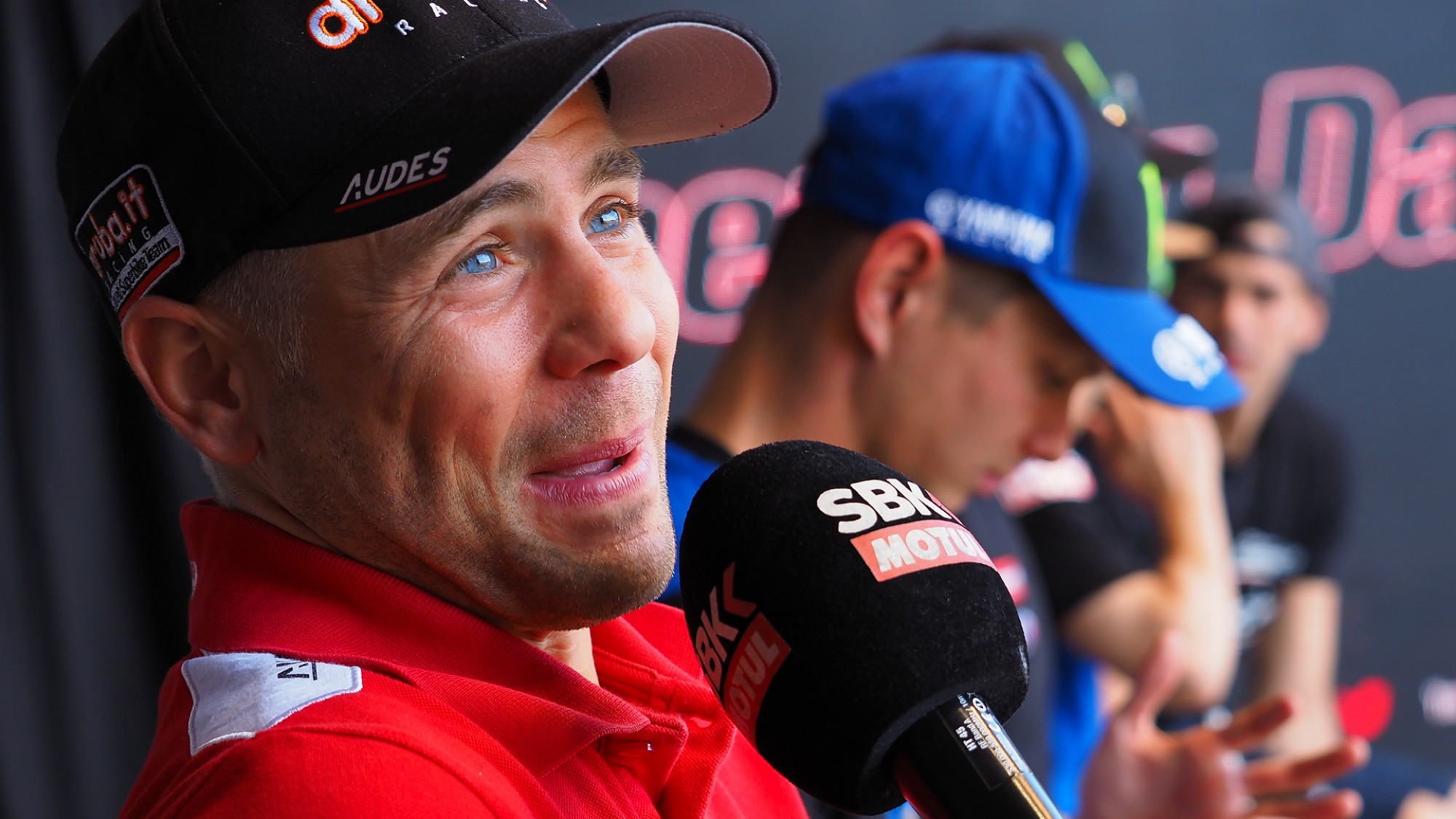 Having his championship lead cut to just 41 points, the WorldSBK Championship race has exploded into life following Bautista’s Race 2 fall!

Alvaro Bautista (ARUBA.IT Racing – Ducati) couldn’t complete a perfect weekend in Jerez, as the home-hero crashed out of Race 2 from the lead on the opening lap at Turn 1. The rookie, who had finished every race of the 2019 championship on the podium until this point, remained upbeat and optimistic and was by no means overly dejected, despite his first racing crash of the season.

Speaking at the end of Race 2, Bautista said: “Today we have both sides of the feeling! We have a good feeling because we won the Tissot Superpole Race but in Race 2, I crash in the second lap; I didn’t make a mistake or anything, I just lose the front end of the bike and crash. Fortunately, I am physically OK.”

It would be a race to forget for the ARUBA.IT Racing – Ducati team, as Chaz Davies was caught up in a crash with Marco Melandri (GRT Yamaha WorldSBK) at Turn 5. Davies was OK, but the lack of points meant that the Kawasaki Racing Team WorldSBK now close them down in the team’s championship.

“It is a new experience for us not to finish a race, but in any case, I am quite happy with the weekend because we work very well and the atmosphere in Jerez for WorldSBK was amazing! I want to thank all the people who have come here this weekend, it has been great!”

Find out if Alvaro Bautista can get back on top at the Misano World Circuit “Marco Simoncelli” with the WorldSBK VideoPass!