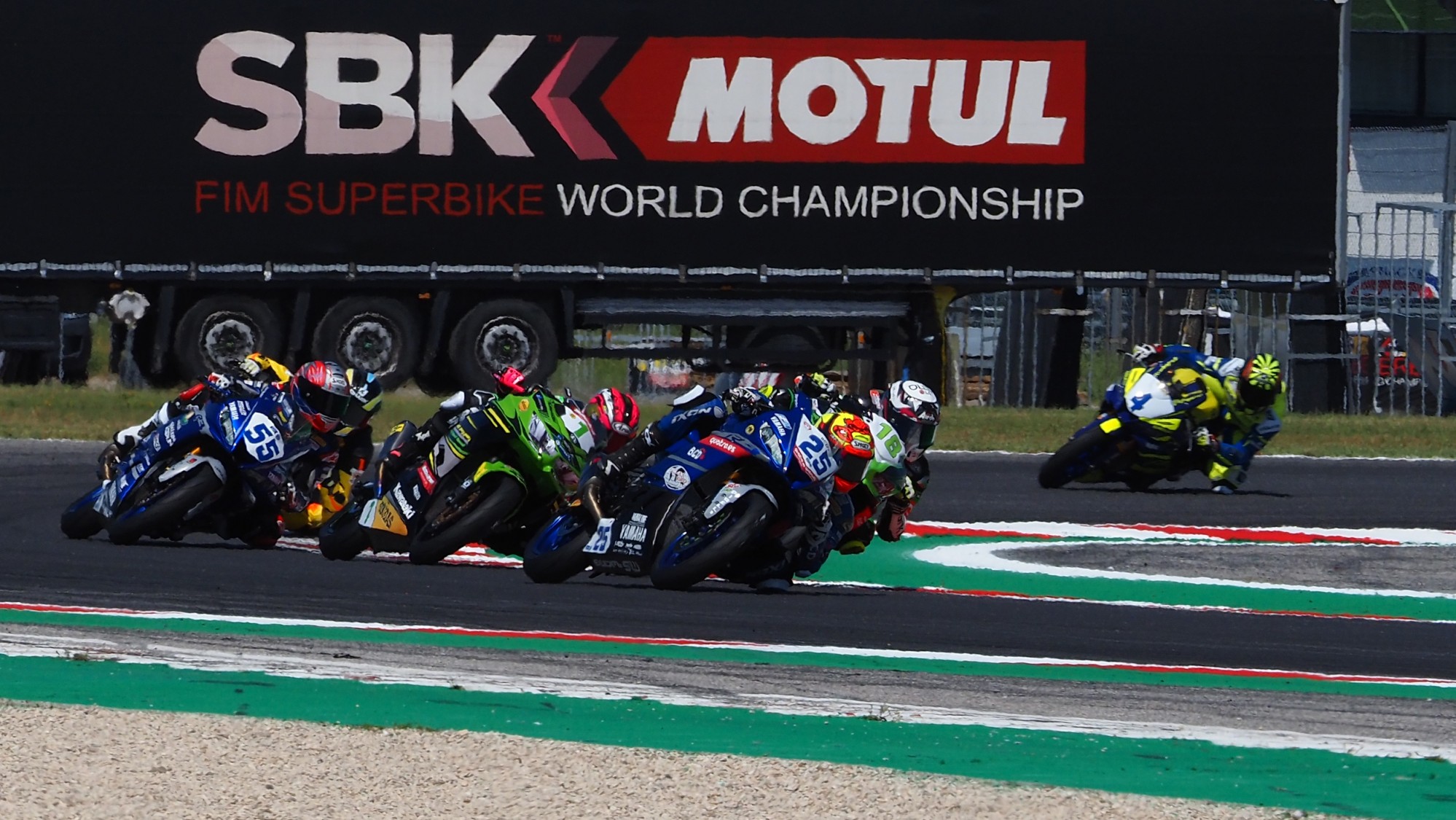 Fierce action and dramatic final laps are all in a day’s work for WorldSSP300: but even more is in the offing in the UK!

2019 is proving to be a vintage year for the WorldSSP300 championship, as new faces go in pursuit of the old guard. With the championship going to the United Kingdom for the next battle ground, it promises to be an exciting spectacle, but who will come out on top this time around?

A 43-point lead sets aside Manuel Gonzalez from the rest of the WorldSSP300 grid, as the 16-year-old Spanish rider continues to set the world on fire. Having not claimed a win at Misano, it was the first round he had failed to stand on the top step of the podium. The opposition are starting to show their true colours as the season moves on, making Donington Park is crucial for the championship leader, who was only 12th at the circuit last year.

Second in the championship belongs to the reigning champion, Ana Carrasco. A superb win in sunny conditions on Sunday saw the Spaniard conquer the opposition for her fourth career victory. Now, the title race goes to the Donington Park, a track at which Carrasco was a winner at in 2018 with a huge 4.6s gap. With her first win of the 2019 season under her belt, has that opened the floodgates for more success to come before the Summer break?

Joint-second in the championship but third overall by virtue of no wins in 2019, Dutchman Scott Deroue (Kawasaki MOTOPORT) endured a torrid time at Misano. With just nine points from the last two races, the championship gap has opened massively. Deroue took a podium at Donington Park back in 2017 when he was third, whilst he was only able to finish sixth in 2018. A first win this season must come soon if he is to have any hope of en elusive first crown.

Marc Garcia’s (DS Junior Team) form in recent rounds has picked up and the 2017 WorldSSP champion is back in the leading group. Despite not scoring at Misano, the 19-year-old Spanish rider sits on 50 points, although some 58 behind fellow countryman Gonzalez at the top of the championship tree. Garcia has second in 2017 at the circuit, with just 0.067s separating him and race winner, Mika Perez (Scuderia Maranga Racing). Will Garcia go one better in 2019?

German rider Jan-Ole Jahnig (Freudenberg KTM Junior Team) sits in fifth place in the championship, as his consistency in 2019 had seen him finish in the top seven at every round until his crash in Misano. 60 points back of the championship lead may seem like a fair way, but he is only 17 points behind second place. A seventh last year at Donington Park makes him one to watch in 2019.

Behind the leading quintet, keep an eye on French duo Hugo De Cancellis (Team Trasimeno Yamaha) and Andy Verdoïa (BCD Yamaha MS Racing). They are firmly in the battle for race wins and for top positions in the championship. Galang Hendra Pratama (Semakin Di Depan Biblion Motoxracing) is still eager for his first podium of the season after being cruelly denied again in Misano, whilst Omar Bonoli (Team Trasimeno Yamaha) will hope to be back at the sharp end. There are wildcards to keep an eye on too, so be sure not to miss any WorldSSP300 drama!

Watch the action and drama take place at Donington Park with the WorldSBK VideoPass!