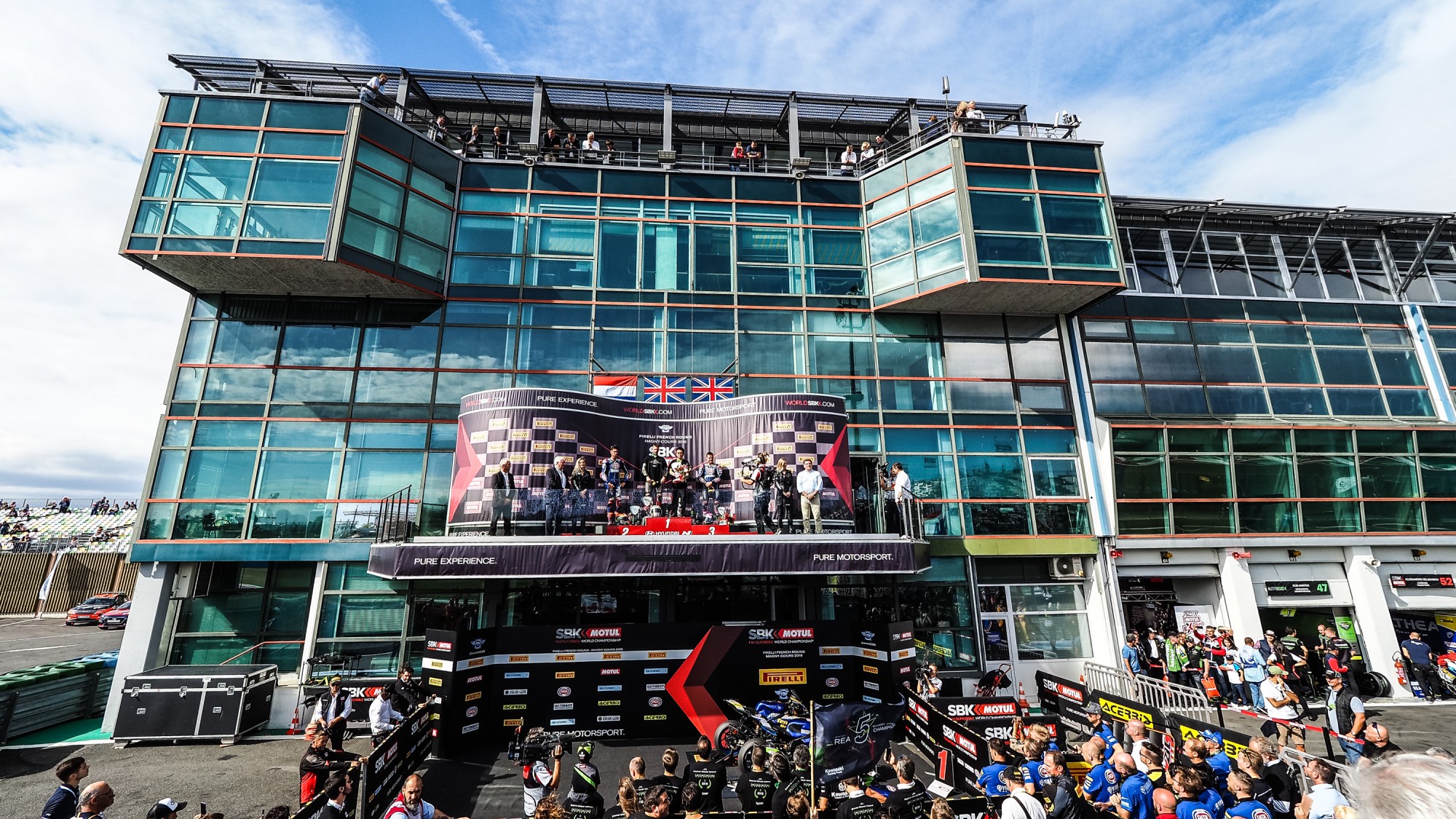 Race 800, the first five-time WorldSBK Champion, the youngest ever World Champion and final laps to remember, Magny Cours had it all

The 2019 MOTUL FIM Superbike World Championship saw the rollercoaster journey of the title race take place across 11 countries, five continents and on some of the most technically demanding circuits the world has to offer. However, in terms of pure spectacle and the success stories that subsequently followed, there’s only one clear winner. The Pirelli French Round at the Circuit de Nevers Magny-Cours had it all, from first-time winners to record-breaking Champions and tantalising final lap battles.

It was looking like a weekend to forget when the bad weather rolled into town on Thursday night, leaving Friday as a complete wash-out. With the possibility of two World Championships being decided, it was looking like it could have been quite a miserable weekend to celebrate the achievements within the WorldSBK paddock. How wrong we were…

A topsy-turvy starting grid saw surprises at the front and offered the opportunity for fire-breathing comebacks from behind, with a proverbial lottery soon taking place and the unpredictability of WorldSBK becoming more enhanced than usual. However, this was an incredibly significant weekend: Race 1 would be the 800th WorldSBK race and would live-up to its status and go down as an instant classic.

‘Race 800’ roared into aggressive passes and chaotic racing from the off, with Michael van der Mark (Pata Yamaha WorldSBK Team) colliding with Jonathan Rea (Kawasaki Racing Team WorldSBK) just a third-of-a-lap in. Then, there was even more changes, with Tom Sykes (BMW Motorrad WorldSBK Team) leading and a group of seven riders swapping paint at the front of the field.

After a bright start, it was game-over for Chaz Davies (ARUBA.IT Racing – Ducati) as he crashed at Lycée, narrowly avoiding a fast-starting Toprak Razgatlioglu (Turkish Puccetti Racing). From 16th on the grid, Toprak was right in the mix and with three laps to go, was in the fight for the podium. However, a disaster would occur for race leader Michael van der Mark, as the Dutchman tucked the front at the notorious Adelaide Hairpin, gifting the lead to Jonathan Rea.

But just when you thought it was all over, a spirited ride from Toprak Razgatlioglu on the final lap saw the Turkish star take the lead at Chateau d’Eau and romp to a first race win of his career – he doubled up in similar fashion in the Tissot Superpole Race and looked on for a triple treat for Turkey when Race 2 approached.

Race 2 beckoned and once again, it would be one of the most significant races of the 2019 WorldSBK season. On Lap 2, Toprak Razgatlioglu was fighting back from a Lap 1 mistake and was passed Alvaro Bautista (ARUBA.IT Racing – Ducati) at Turn 13, only to crash out and wipe Bautista out with him. The Championship would now all be over if Rea won. And that is exactly what he did, romping to become the first rider in WorldSBK history to achieve five WorldSBK titles, and all were consecutive.

Meanwhile, the title was far from decided in World Supersport, as the Championship readied for its 250th race. Both Randy Krummenacher (BARDAHL Evan Bros. WorldSSP Team) and teammate Federico Caricasulo crashed out in the early stages, blowing the door wide open for Jules Cluzel (GMT94 YAMAHA) to try and take advantage at home, but he could only manage sixth. However, one French star did live up to the occasion, as Lucas Mahias left it until the last lap to scythe ahead of Isaac Viñales, getting the home crowd on their feet.

Relive the countless memorable moments of the 2019 WorldSBK season and be prepared for 2020 with the WorldSBK VideoPass!