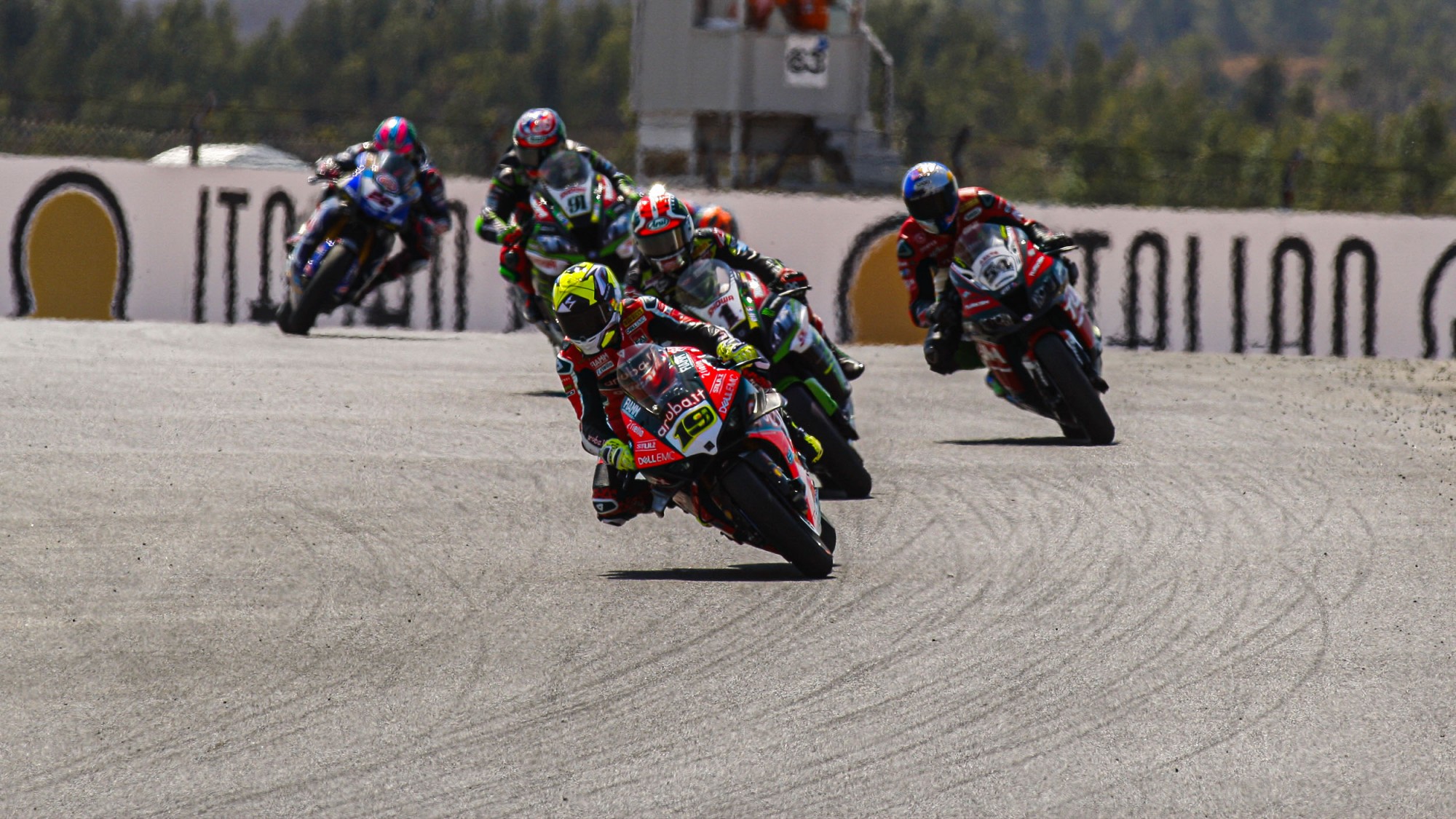 A rare item: all riders finished a WorldSBK race for only the fifth time in the 799-race history – enjoy the first two occasions for FREE!

It was a historic weekend at Portimao as for the first time in WorldSBK, back-to-back races were completed with every single rider who started them finishing. Race 2 at Portimao would also be the fifth time that it has ever happened in the 32 seasons of World Superbike racing. Thus, of the 799 races that WorldSBK has held, just five of them have seen all of the riders who started cross the line at the end of the race – that is 0.63%!

Now, you can enjoy the first two occasions it happened, with Race 2 from Istanbul Park in 2013, and Race 2 from Jerez, 2015. Istanbul Park comes with good timing, as Toprak Razgatlioglu (Turkish Puccetti Racing) became the first Turkish rider to achieve 10 WorldSBK podiums in Race 2 at Portimao this weekend. What is more incredible about the achievement is that three of the five races where all riders have finished have occurred in 2019 – the first at Imola in the Tissot Superpole Race, whilst the other two have occurred at Portimao.

Statistically, only three riders have been able to claim that they have been in these races, starting with 2013 WorldSBK champion Tom Sykes (BMW Motorrad WorldSBK Team). Joining him are fellow British riders Chaz Davies (ARUBA.IT Racing – Ducati) and Leon Haslam (Kawasaki Racing Team WorldSBK). Sykes and Haslam have managed to score points in all five races mentioned, with Sykes even clinching a podium in Turkey.

Watch the remainder of the 2019 title race – including the 800th race in WorldSBK history at Magny-Cours – with the WorldSBK VideoPass!