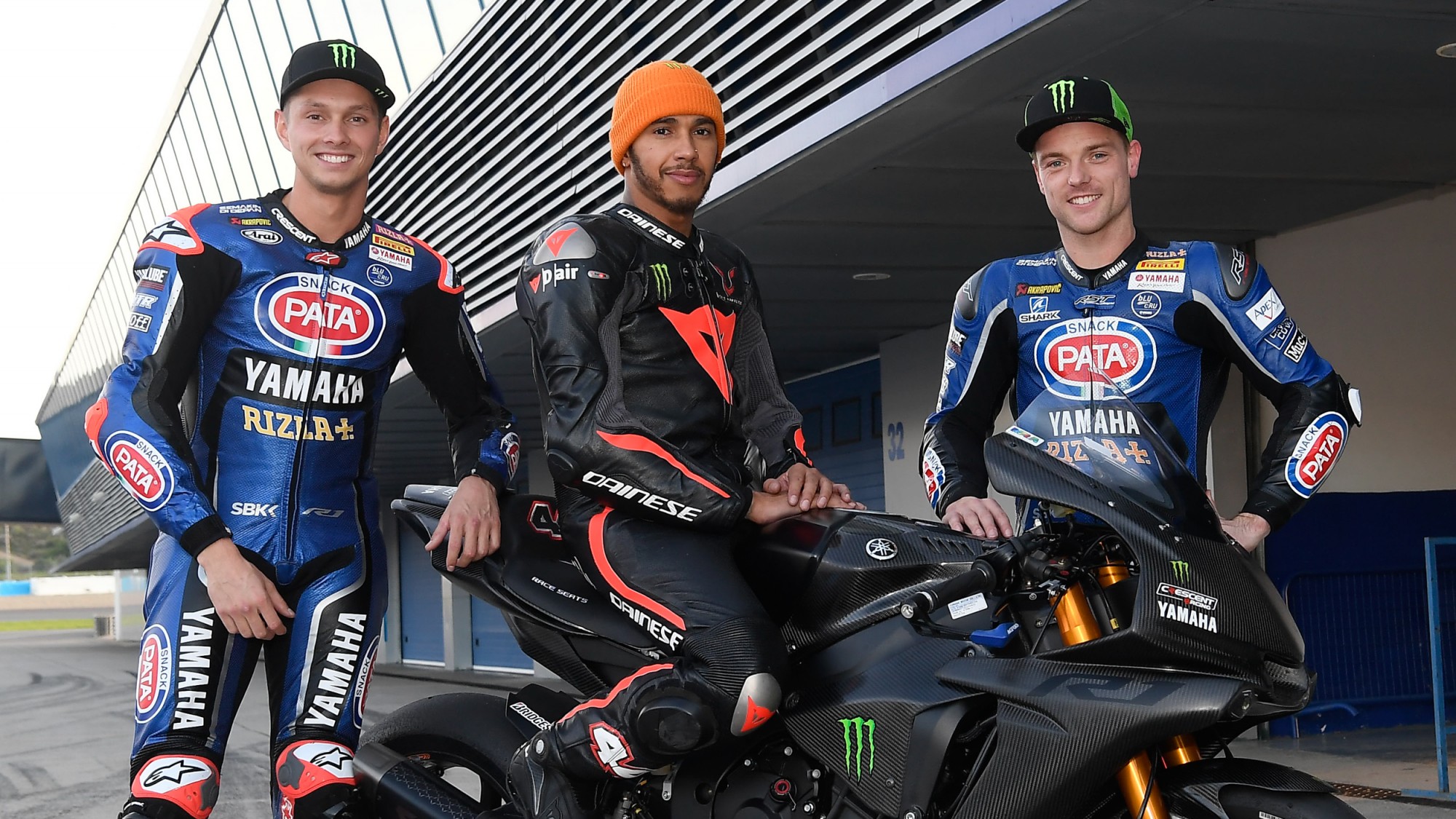 Hamilton had his own branded YZF-R1 labelled with the number 44, he was able to set impressive lap times as he was learning the ropes on two wheels. The British rider suffered a small tumble through turn five but was able to walk away from the incident, and enjoyed the rest of the day on track. Seeming to have caught the Superbike bug, Hamilton was more than happy with his day on track on social media.

For van der Mark and Lowes it was an action filled day as the duo were able to unleash their YZF-R1’s on the 4.4km Andalusian circuit. With the opportunity of getting to show their talent and skills on their SBK® machines, the pair ended their season on a high as they now head into the winter break.

Keep up with all the action from the Pata Yamaha Official WorldSBK Team throughout the winter, all with the WorldSBK VideoPass.