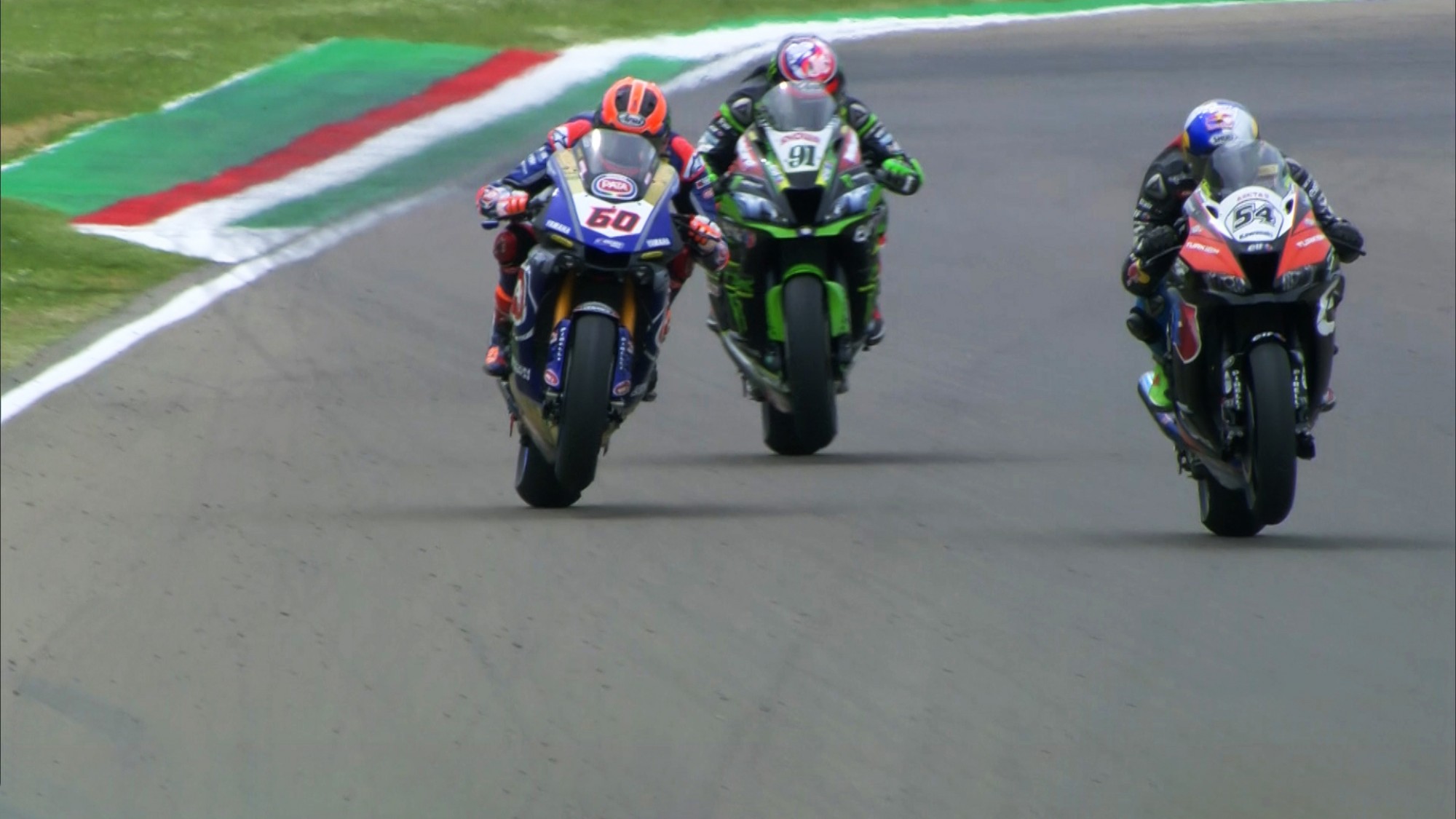 The Turkish rider was full of excitement as he put on a show in front of a huge Italian crowd!

The WorldSBK paddock saw yet more frantic action throughout the Pirelli Italian Round weekend, as battles all the way through the field made for great racing. However, one rider was constantly fighting hard and battling with great tenacity; Toprak Razgatlioglu (Turkish Puccetti Racing) left nothing on the table as he set about having his best weekend of the 2019 MOTUL FIM Superbike World Championship season.

On his way to a podium in Race 1, Razgatlioglu carved his way through the order from 11th on the grid and in the closing stages, had a fantastic battle with Dutch hero, Michael van der Mark (Pata Yamaha WorldSBK Team).

The two swapped places numerous times, with passes into Tamburello, Tosa and Rivazza corners to name all but a bit of the action in Race 1, before an inevitable collision on the penultimate lap. In the Tissot Superpole Race, Toprak found himself on the defensive after surging through the order once more, as his SCX tyre didn’t offer the grip in the final stages of the race.

Watch more action from the 2019 WorldSBK season with the WorldSBK VideoPass!