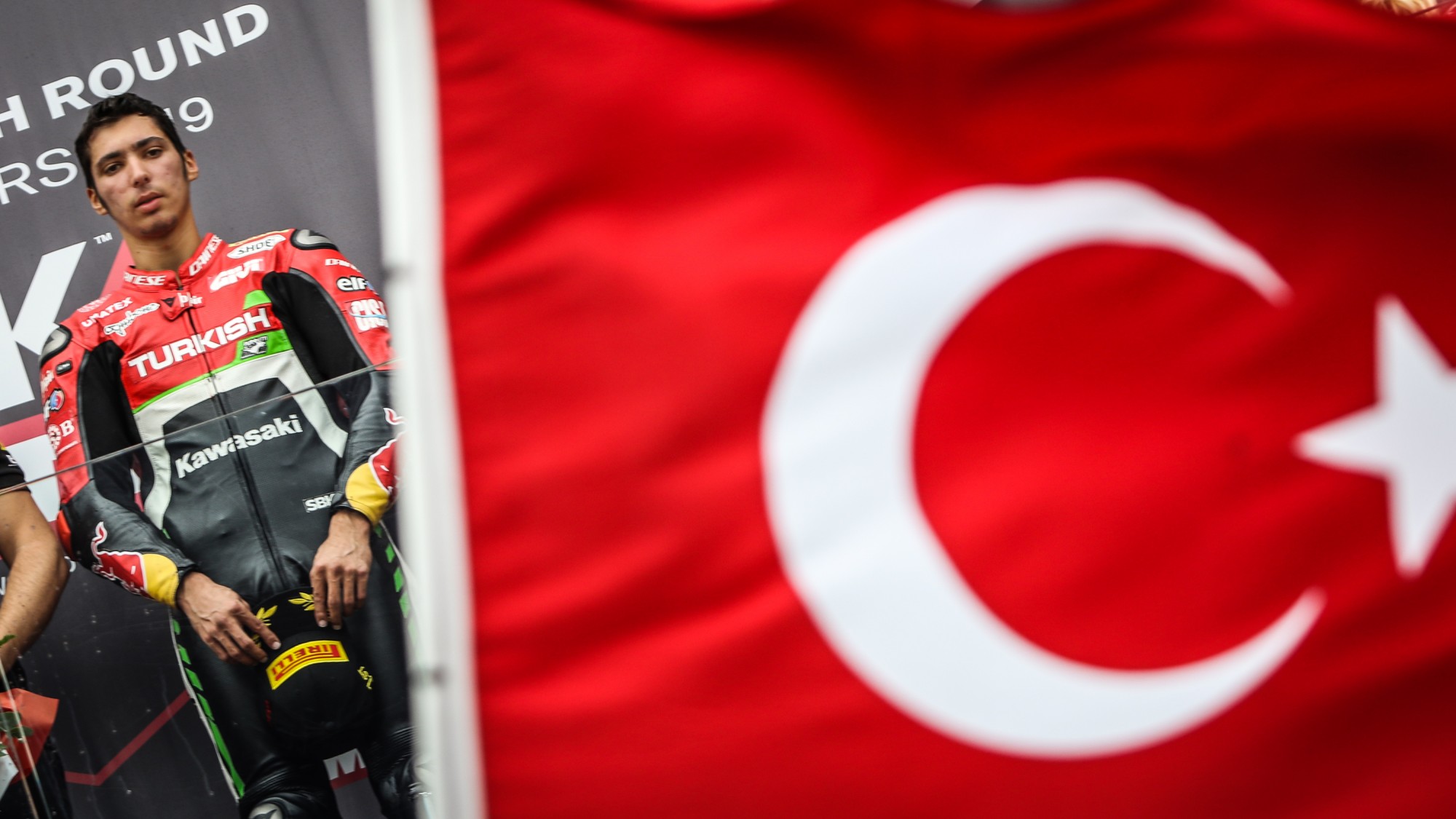 In the 31-year history of WorldSBK, it was fitting that Turkey’s first win came in Race 800; the country joins an exclusive list of nations to have triumphed in WorldSBK

The 800th WorldSBK race proved to be a historic one, as Turkey became the latest country to win a World Superbike race, courtesy of Toprak Razgatlioglu (Turkish Puccetti Racing). The 22-year-old took a long awaited first victory in a thrilling, edge-of-your-seat final lap tussle with eventual WorldSBK 2019 champion, Jonathan Rea (Kawasaki Racing Team WorldSBK). However, this first win for Turkey has been in the pipeline for a long time, and a country with a rich motorcycle racing heritage now has their own national hero; this time, on the World Superbike stage.

Turkey joined the list of winning nationalities, making it 17 in total. Toprak’s win was followed up by another in the Tissot Superpole Race, giving Turkey their second win in consecutive fashion. This makes it the 14th country to achieve more than one win in WorldSBK, sitting level on two with Canada and Germany.

What was more impressive in the case of Razgatlioglu was the fact that his maiden win came from 16th on the grid, the lowest grid position ever for a first win in World Superbike. This win adds to significance, having beaten the most successful WorldSBK rider in the history of the championship, Jonathan Rea, in a final lap scrap, something the two had rehearsed at Misano back in June.

His win is also important for Turkey as a country, as they now have a direct and competitive replacement for Ken Sofuoglu, the five-time World Supersport champion. With Razgatlioglu taking victory, there’s fresh young blood for the nation of nearly 80 million to cheer on. With Turkey becoming a more prominent force in World Superbike with the first wins and numerous podiums, Razgatlioglu has reignited the fire in his heartlands.

How much more can Turkey achieve though? The sky seems the limit right now, as Razgatlioglu shatters records and also, looks to be a serious title contender in 2020. After his first win, has a monster been unlocked to run riot? Will the flood gates open at the forthcoming Motul Argentinean round, where he romped to a second career podium last year? Razgatlioglu’s success will undoubtedly inspire other young Turkish riders to become a part of motorcycle racing too, proving that his legacy has already started.

Turkey has already enjoyed much success in World Supersport, with Kenan Sofuoglu storming to five titles and 43 wins, whilst another 42 podiums would follow. Sofuoglu undoubtedly paved the way for motorcycle racing in Turkey but now it is Razgatlioglu’s turn to make sure that the countries success in the World Superbike paddock is not forgotten.

Find out if Razgatlioglu can continue his startling form with the WorldSBK VideoPass!