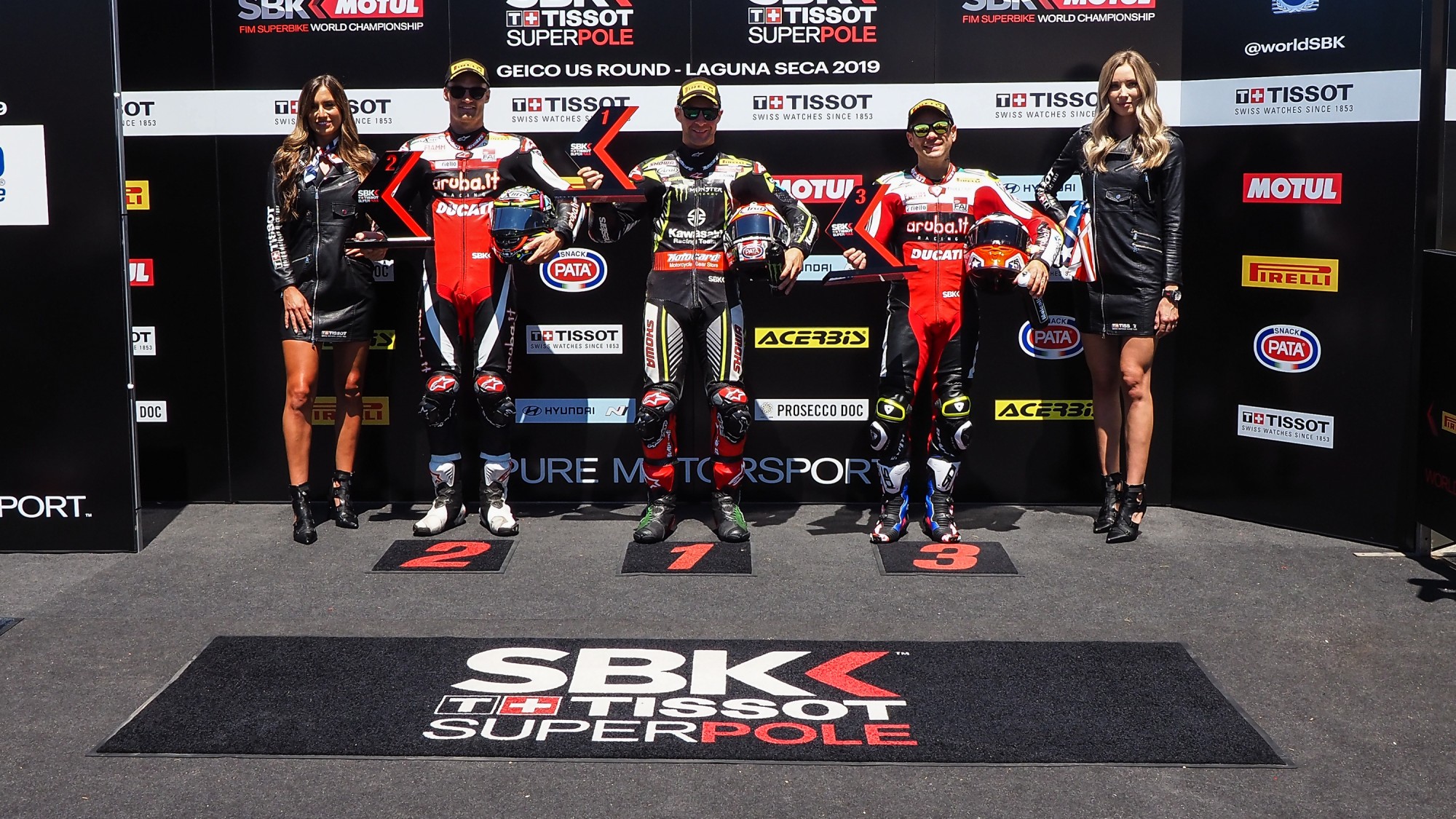 Having been inside the top two all weekend thus-far, Jonathan Rea was right back on the pace under the Californian sunshine. The reigning four-time WorldSBK Champion was top for most of the session before putting in a blistering time in the final five minutes to secure his 20th career pole in WorldSBK. Chaz Davies (ARUBA.IT Racing – Ducati) found pace at the end of the session for second spot on the grid, whilst teammate Alvaro Bautista completed the front row, just 0.172s from Rea.

At the head of row two, it was three-time Laguna Seca race winner Tom Sykes (BMW Motorrad WorldSBK Team) who took fourth and was off the front row at Laguna Seca for the first time since 2015. It was a strong showing for the BMW rider, as he placed ahead of Leon Haslam (Kawasaki Racing Team WorldSBK) in fifth – the #91 following teammate Rea for his fast lap. Row two was completed by Jordi Torres (Team Pedercini Racing), making it two Spaniards and four Brits inside the top six.

Row three features Toprak Razgatlioglu (Turkish Puccetti Racing), who wasn’t the top Independent for a change, as he was just over a tenth behind fellow Kawasaki rider Torres. Watch the Turkish rider barge his way through in the opening laps. Eighth on the grid went the way of Alex Lowes (Pata Yamaha WorldSBK Team), who was top Yamaha as the Japanese manufacturer struggled at the Laguna Seca circuit. After crashing in the opening stages, Loris Baz was ninth, with Eugene Laverty (Team Goeleven) completing the top ten on his return.